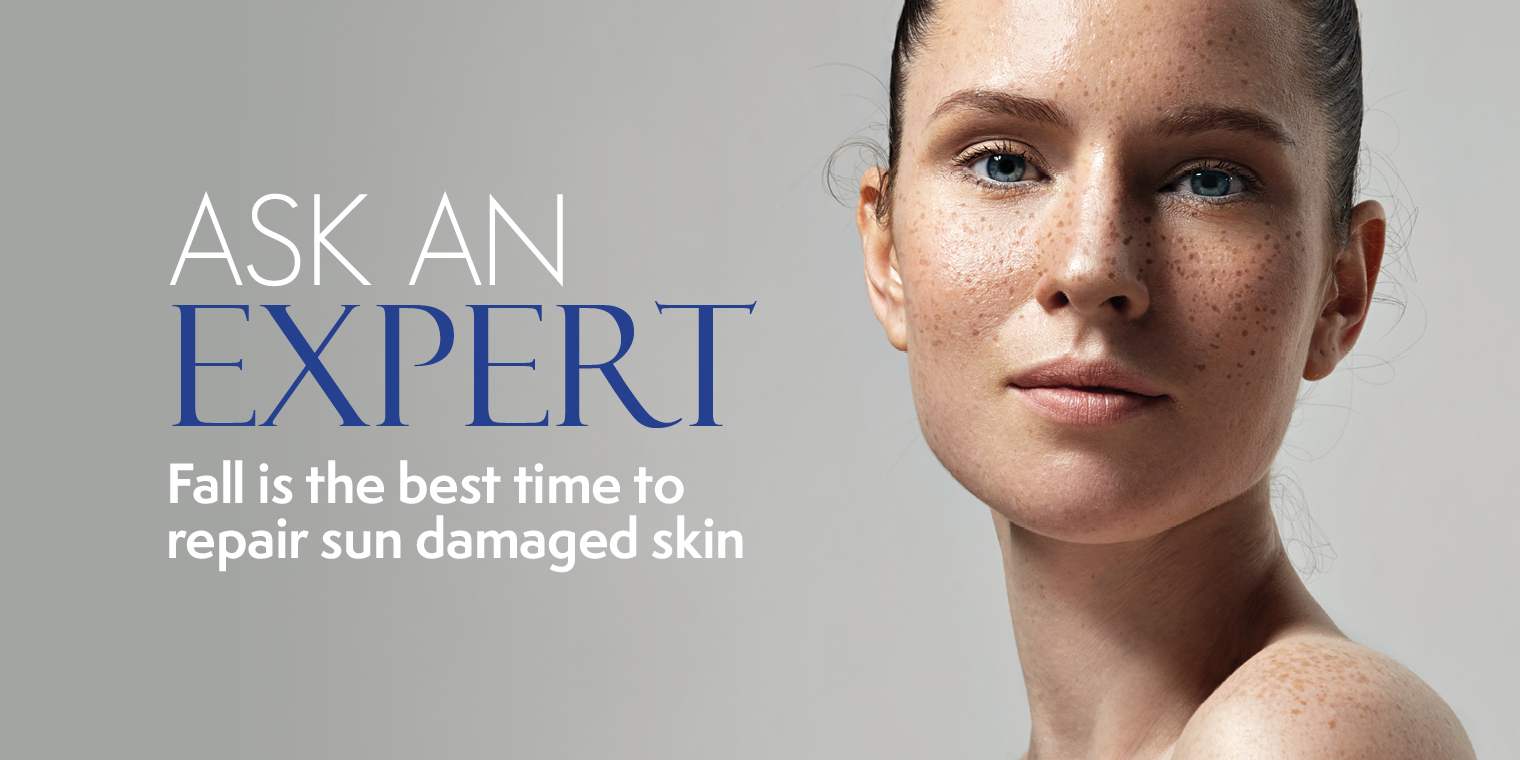 Ask an Expert: Fall is the best time to repair sun damaged skin

Can sunspots be removed?

Sun spots, which include age spots, freckles, and other benign pigmented lesions resulting from sun-damage, can be removed from face and nearly any body area. Needling, Peels, Radio Frequency and Laser treatment removal of sun spots can significantly enhance your skin’s appearance.

Is there a difference between freckles and sunspots?

When there is no exposure to the sun, freckles fade as the skin cells are replaced by new cells, hence the reason why freckles fade during winter. The main difference between sun spots, age spots and freckles, is the age at which they appear, the size and the location on the body.

Do freckles caused by the sun go away?

There are two types of freckles: One type appears when the skin is exposed to sun in the summer, and this type fades during winter months. The other type does not fade. These freckles tend to be darker than the freckles that fade. Either ones should be removed in office.

Some changes in your skin come with age, such as the unpopular age spots (also known as sun spots or liver spots). These have nothing to do with the liver and are caused instead by long-term sun exposure. Not all spots that appear on the skin are cancerous. However, moles, freckles and sunspots are warning signs that the skin has had too much sun exposure, increasing the risk of skin cancer. It is recommended to get your skin checked periodically.

Are age spots and freckles the same thing?

These cells produce melanin, a substance that darkens the skin. Freckles are generally harmless, tiny brown spots that usually appear on sun-exposed areas early in life, and fade over time. Age spots look similar, but they are usually seen later in life and tend not to fade.

Freckles are small, concentrated spots of a skin pigment called melanin. Most fair-skinned, red-haired people have them. Freckles are controlled primarily by the MC1R gene. Freckles show a dominant inheritance pattern: parents who have freckles tend to have children with freckles.

Can you get a freckle removed?

If benign appearing, freckles can be removed by different treatment options depending on the nature of the freckle and skin type of the patient. It is best to first  get a consultation done.

Are you born with freckles?

Sometimes they merge together to make a larger spot. Freckles appear on skin that has been exposed to the sun. When you touch the skin you cannot feel a freckle unlike moles. People are not born with freckles, they only develop after a person has been exposed to sunlight.