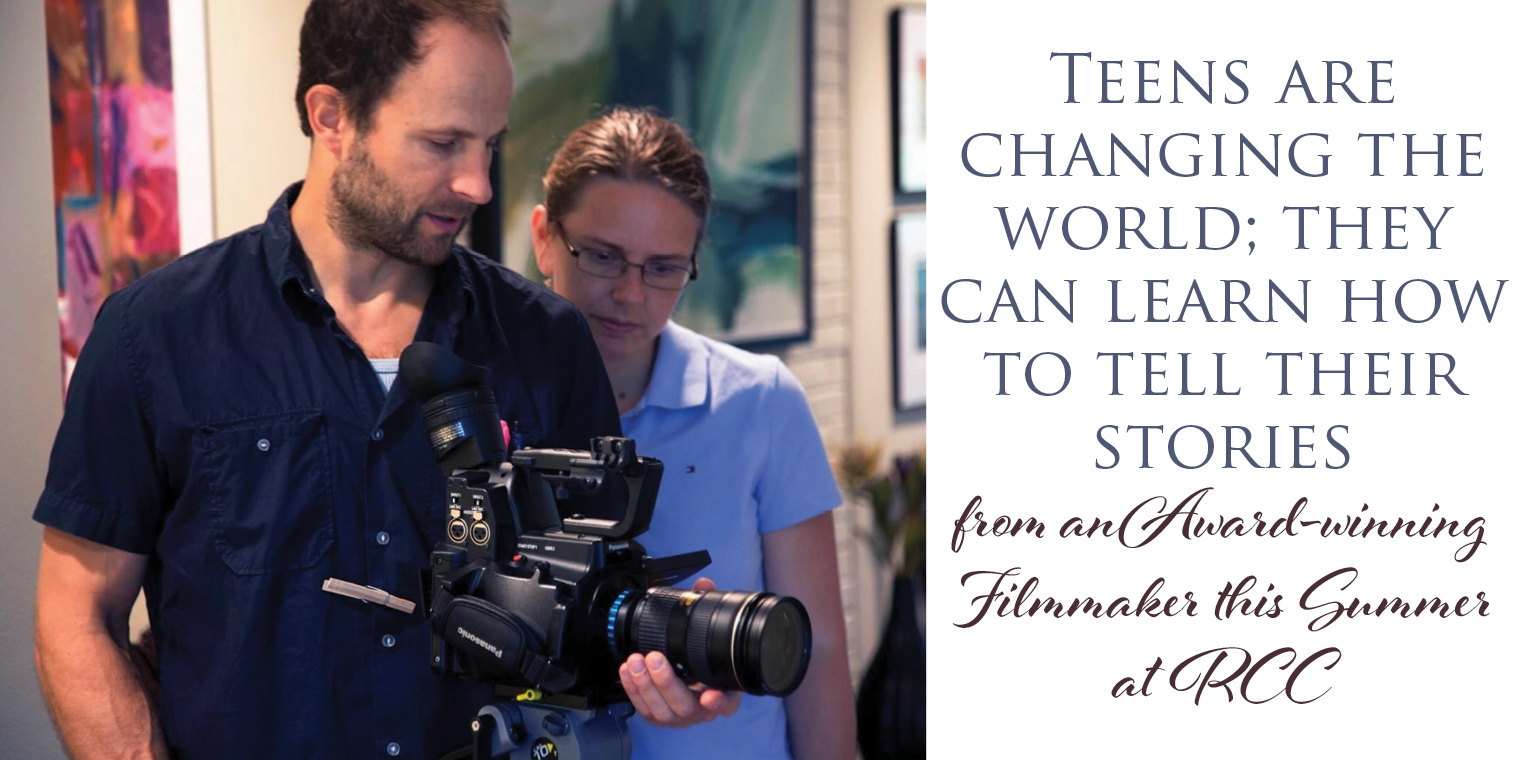 Teens are Changing the World

Wingert-Jabi, the creator of Another Way of Living: The Story of Reston, VA, will lead Documentary Filmmaking: Summer Studio from July 9 to August 3 at RCC Lake Anne.

The four-week session is an introduction to documentary and nonfiction filmmaking for ages 13 to 16. Campers will get hands-on experience in the basics of filming, editing and story development, as well as using iPad technology for film production.

The subject matter will focus on the themes from Reston’s founding values, which were explored by Wingert-Jabi in Another Way of Living. Campers will create three-minute films exploring how the value of “openness to all” is experienced in Reston today.

“Having a Peabody Award-winning filmmaker in our community who is equally invested in using documentary film techniques to capture Reston’s history and potential gives us an opportunity to engage with teens and learn from them,” said RCC Executive Director Leila Gordon. “We could not be more excited to see their stories.”

Wingert-Jabi, who grew up in Reston and returned here to raise her family, earned a 2012 Peabody Award for her film My Neighbourhood. She said her interest in film was first sparked by a photography class in high school; she hopes to inspire the next generation of visual storytellers.

“The fundamentals of filmmaking will help them in any genre of storytelling,” she said.

The camp will culminate in a community screening of the camper films and Another Way of Living on August 24 at RCC Lake Anne.

The camp is open to Reston and Non-Reston patrons. To register, visit www.restoncommunitycenter.com or call 703-476-4500.

The Summer Studio is one of dozens of offerings from Reston Community Center, which was recently recognized by Northern Virginia Magazine as one of the top summer camp programs. Limited spaces for all camps remain, so register soon at www.restoncommunitycenter.com.