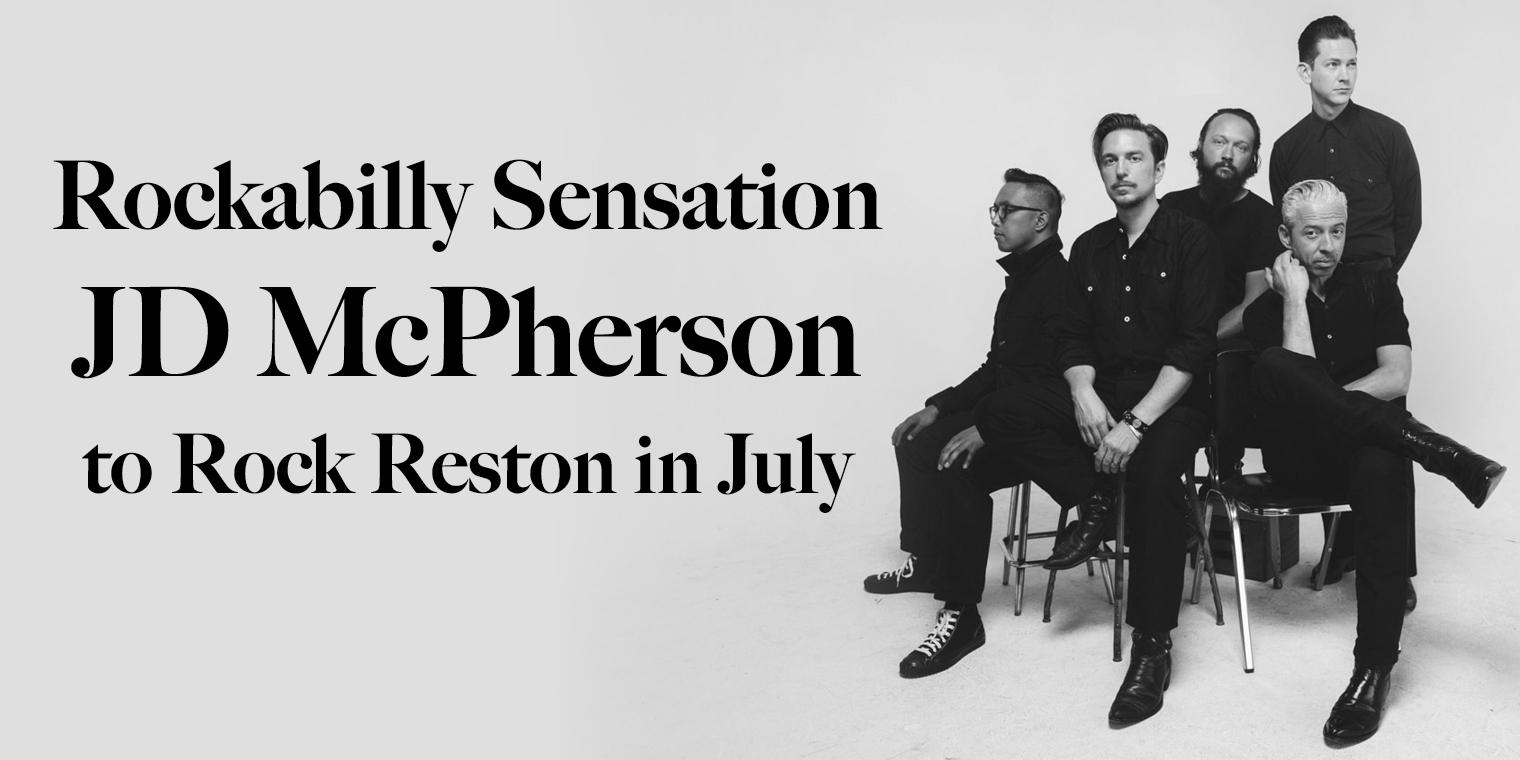 Reston Concerts on the Town is thrilled to welcome national recording artist JD McPherson on Saturday, July 27. This show is part of the weekly Saturday night summer concert series at Reston Town Center in Reston, Virginia. These concerts, which are free to the public, take place under the Reston Town Center pavilion from 7:30 pm – 10 pm, rain or shine.

McPherson and his band have a dynamic sound that’s rooted in ’50s-style rock and roll and R&B. Some call him a revivalist, evoking the style of Little Richard, Chuck Berry and others from the early days of rock and roll. Yet the Oklahoma native, who now lives near his band in Nashville, TN, has a sound that’s both retro and modern and altogether refreshing.

His first album, 2012’s Signs & Signifiers, which included the breakout hit North Side Gal, was hailed as “an utterly irresistible, slicked-back triumph” by Mojo and “a rockin’, bluesy, forward-thinking gold mine that subtly breaks the conventions of most vintage rock projects” by All Music Guide. The Washington Post wrote that, “he and his bandmates are great musicians taking ownership of a sound, not just mimicking one.”

The best rock music has a story to tell. McPherson’s most recent album, the 2017 release Undivided Heart & Soul, chronicles a series of upheavals, frustrations, roadblocks, and kismet—a cross-country move, failed creative relationships, a once-in-a-lifetime career opportunity, and learning to love making music again by letting go. That move, from his hometown of Broken Arrow, Oklahoma to East Nashville, has greatly influenced his new crop of songs.

Recorded at the legendary RCA Studio B in Nashville, Undivided Heart & Soul is the most modern, rocking one to date. Don’t miss this special evening of music – free!

Reston Concerts on the Town, now in its 29th season, features talented local and national acts and prides itself on highlighting a wide range of music genres. This summer’s lineup features Latin dance, swing, jazz, rockabilly, Afropop, zydeco, folk-rock, funk, and more. These free concerts are made possible by a grant from the Reston Town Center Association, with support from Boston Properties, the owner of Reston Town Center and band hospitality provided by Clyde’s.

Music lovers of all ages are invited to bring chairs and picnics to the concerts. Spend every summer Saturday night at Reston Town Center, dancing under the stars. View the full schedule online: www.restontowncenter.com/concerts.