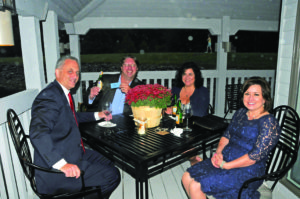 Reston Soccer’s first annual fundraising Octoberfest, held on October 1 at the beautiful Reston Association’s Lake House sponsored by Comstock, went off without a hitch, with tickets sold out and thousands in donations. By all accounts, the exciting event was a clear success – and all in the name of local sports.

Reston Soccer has created much buzz from the community for its mission: enhancing the Lake Newport soccer fields, owned by the Reston Association, to match the enthusiasm of tomorrow’s athletes. The event was sponsored by Let’s Party, a new Reston-based party organizer company owned by Rebecca Williams and Mara Watt.

“Octoberfest…[was] our first time doing a fundraiser like this for Reston Soccer,” Reston Soccer president Roberto Angizola said. “The main reason that we’re raising funds is 21% of the children in our program are under youth scholarship, and to qualify for a youth scholarship in our program, you have to be on the Fairfax County school lunch program, which means that these are kids who are impoverished and would not be able to participate in organized sports without scholarships,” he said of Reston Soccer’s patrons. “The other thing that we’re trying to do is have safer, improved, facilities for all the kids in our community to play in, so the funds are also going to be used for that.”

What Reston Soccer is ultimately aiming to do is enhance and improve the capabilities of the Lake Newport soccer field, including upgrading its natural outdoor grass surface. Specifically, they would like to see a synthetic turf with a plant-derived infill, not crumb tire, which would be safer and more natural infill.  Going synthetic has the added benefit of allowing play longer into the year. “It will allow us to train almost all year around,” Angizola added.

The price tag for the facility, the field and lighting alone could top $2.4 million. 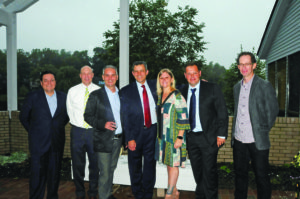 Cate Fulkerson, Reston Association CEO, said that the Reston Soccer’s commitment to the dream is key to this push for a great new place for its players to call home. “They (Reston Soccer) understand the importance of fundraising for that—as opposed to asking Reston Association members to pay for it through the assessment,” she said. “So the next step is for the RA board of directors to approve a referendum this spring which will coincide with the board of directors election.” she noted, adding that the next step after the referendum is approved is a “full-court press” of fundraising efforts and securing major partnerships from individuals and corporate sponsors alike.

“There’s more that we would love to do eventually, but again, what we envisioned, if the community supports it, is to build that over many years, so maybe one field first, then a second field,” Angizola said. “We would also love to have a field clubhouse with bathrooms and a concession stands and maybe some storage, but all of those things are very early on in the process.”

In a world where tightly-knit towns are rare, Reston still succeeds in its work to engage its residents and get them excited for the future of the area. Engagement of our youth is, of course, a cornerstone of that. “We’re eager to engage with the neighbors, with the community as a whole, and work towards an improvement that is going to make everybody happy. We’re excited about that process, but we understand that it is a process.” 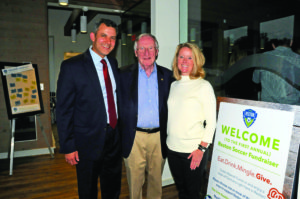 There’s no hard timeline for the facility, in large part because much fundraising remains, but he and his staff are hopeful; after all, some 1,500 players are involved in the program during any given season. That’s a lot of big dreams, close games, and goal kicks by Reston’s youth and their families.

Reston Soccer, founded in 1977, is a volunteer, non-profit group that truly has enriched Reston as we know it today. “I feel like we’re a part of the fabric of Reston. One of the many great activities that makes the community great,” Angizola said.

Reston Soccer has leagues for young children all the way up to age 18, plus adult leagues. Registration for the Spring 2017 season opens on December 1. For more information on the fundraising efforts or to register for lessons or join a team, visit www.restonsoccer.com