On May 4, the PenFed Foundation held its 13th Annual Night of Heroes Gala at Trump® International Hotel. The event raised a record nearly $1.5 million.  All proceeds go towards supporting more than 35,000 veterans, active military members, and their families each year.  Nearly 800 military, business, community, and government leaders attended the event which included moving tributes to three remarkable heroes making a difference on behalf of those who have served.

Bob Carter, President of Toyota Motor Sales U.S.A. and Executive General Manager, Toyota Motor Corporation, received the Community Hero Award for the extraordinary contributions Toyota has made to numerous military community-based philanthropic programs, including partnering with the Hiring-Our-Heroes Organization, founded by the U.S. Chamber of Commerce. “It is imperative for all of us to remember that as supporters of our men and women of service, our responsibility does not end when they return home. In fact, for companies like us, their homecoming is where our duty begins,” Carter said. “We know that hiring Veterans is not just the right thing to do; it’s the smart thing to do,” he continued noting that “companies of all sizes, including over 500 Toyota dealers, have committed to hire over 700,000 veterans and military spouses in conjunction with the Hiring-Our Heroes program.” 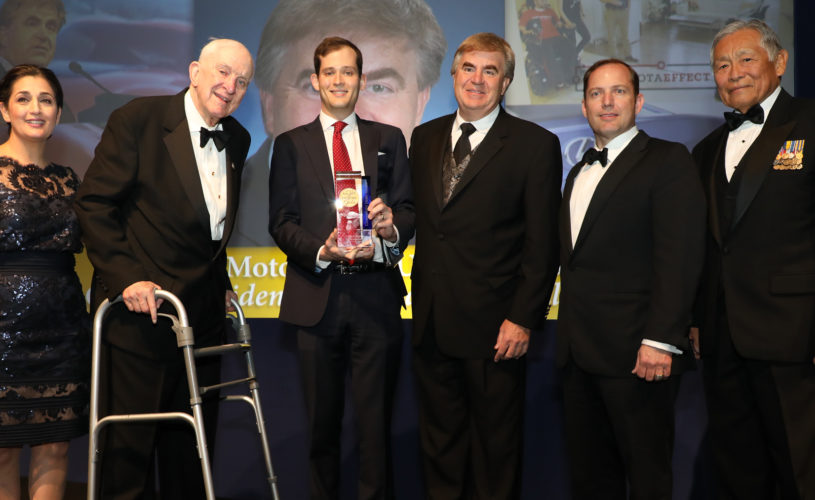 Corporal Joshua Himan, USMC (Ret.) received the Military Hero Award in recognition of the contributions he has made to other Veterans after returning home paralyzed from the chest down from injuries he suffered while serving in Operation Enduring Freedom. “I accept this award on behalf of the 16 men that died in my battalion in Afghanistan,” Himan said. “My sacrifice is so insignificant compared to what those men gave. Whenever I feel sorry for myself I think

about these men and I know every single one of them would trade places with me today. I owe it to them to live my life to the fullest. Because of that motivation, I’m here with you today.”

Claudia Avila received the Hero at Home Award for her unending support as caregiver for her husband Captain Luis Avila who was severely wounded on his fifth deployment in Afghanistan in 2011. Claudia said “Soldiers are the backbone of our nation and we, the caregivers, are the backbone for them. To the PenFed foundation I’m grateful for creating awareness that caregivers do exist, that we do want help and we appreciate everything you all do. All of you are heroes in one way or another. You made the life of our families better and we are grateful for that. Life is fragile, it can happen to anyone of us; we need to take care of one another.”

Since it was founded in 2001, the PenFed Foundation has provided more than $30 million of financial support to Veterans.

Pictured at top: Claudia Avila with her husband Captain Luis Avila and family. Claudia (pictured fourth from left) received the Hero at Home Award from the PenFed Foundation.