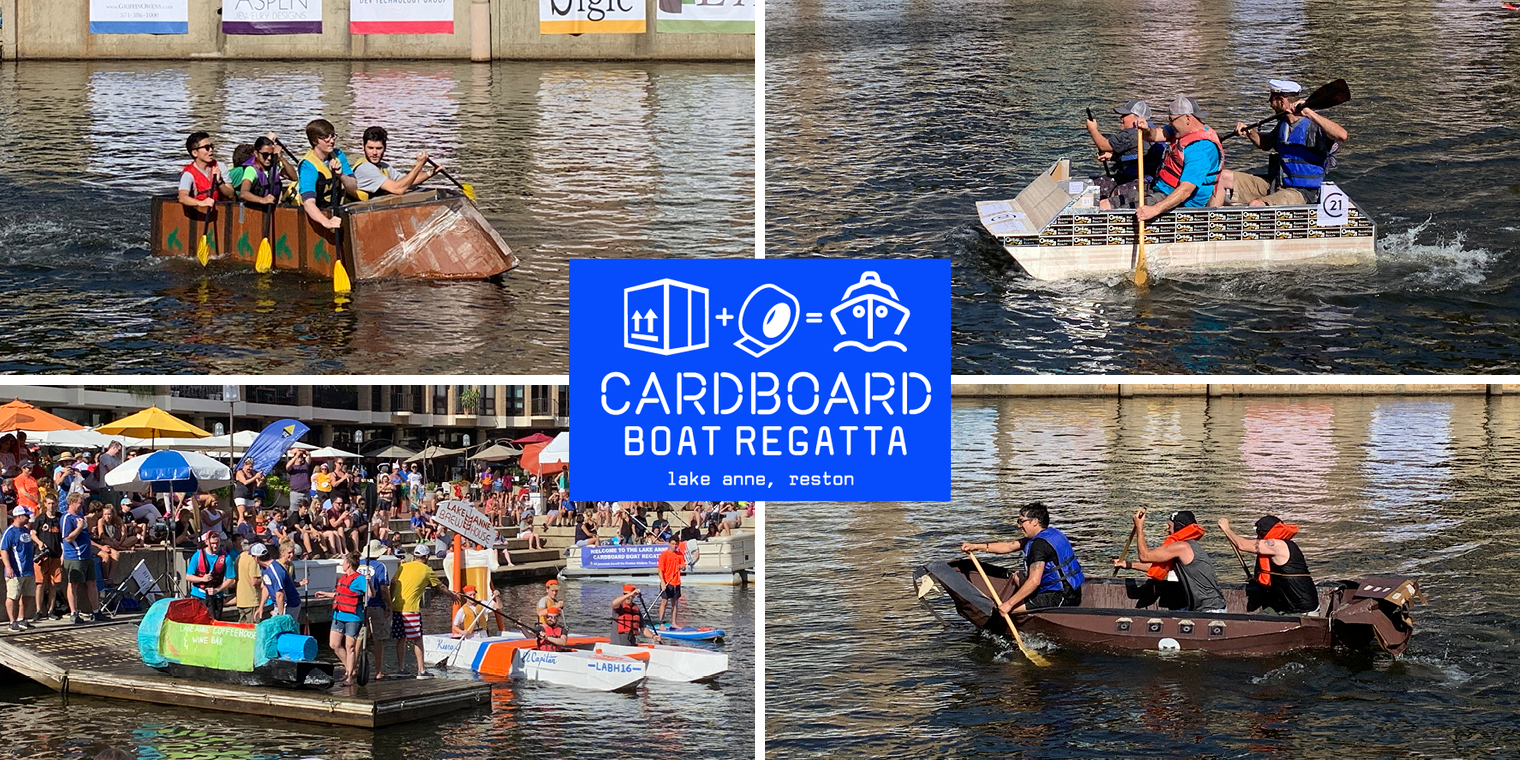 The Reston Historic Trust & Museum’s Lake Anne Cardboard Boat Regatta brought the Reston community together for the third time! 56 teams ended up racing with creative, unique and daring designs for their cardboard boats. Designs included a swan boat, gigantic wheel, Slinky from Toy Story, a dolphin, and so much more!

Andy Sigle this year’s emcee, cheered on the teams and provided lively race commentary. Yoga acrobats on paddle boards entertained the crowd during intermission! The entire day was a whirlwind of fun and excitement that could be heard throughout the Lake Anne community. 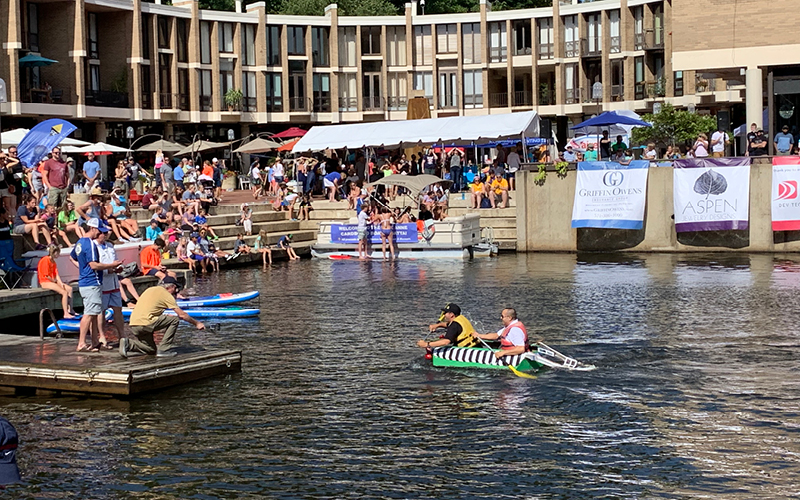 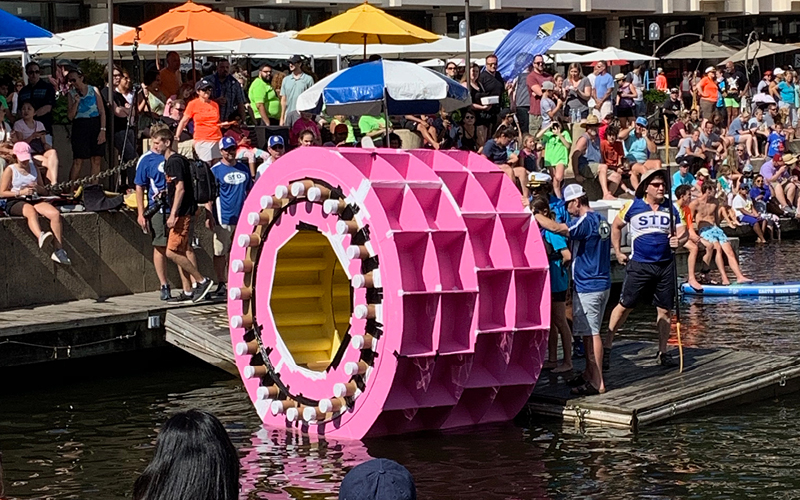 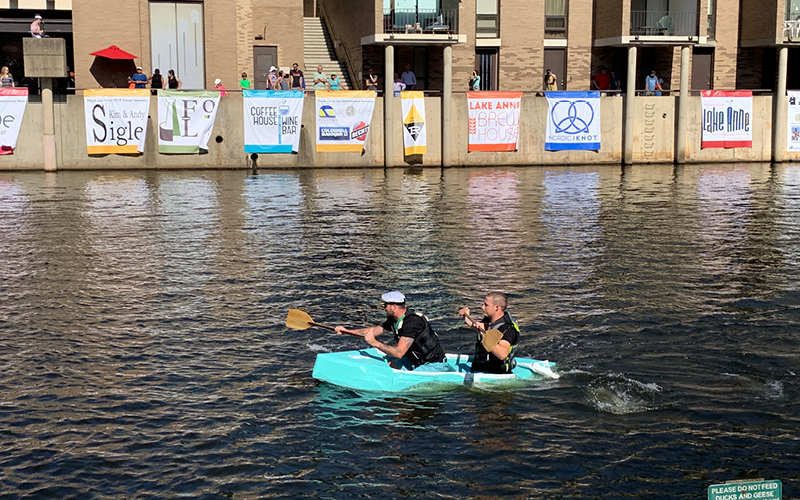 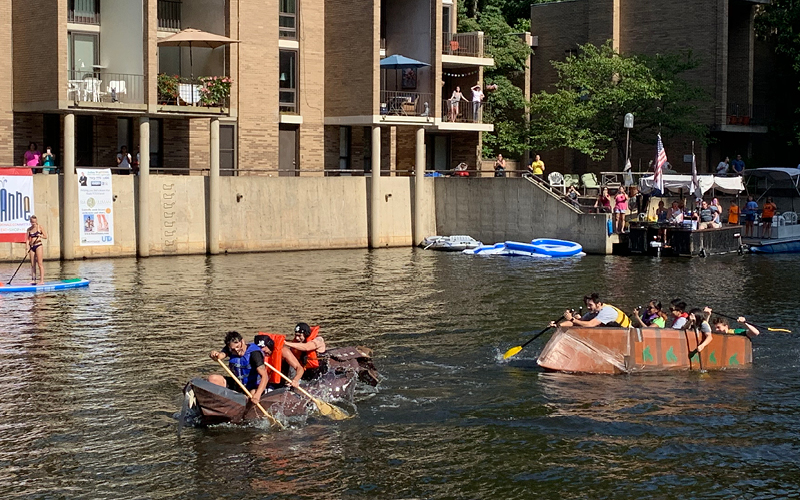 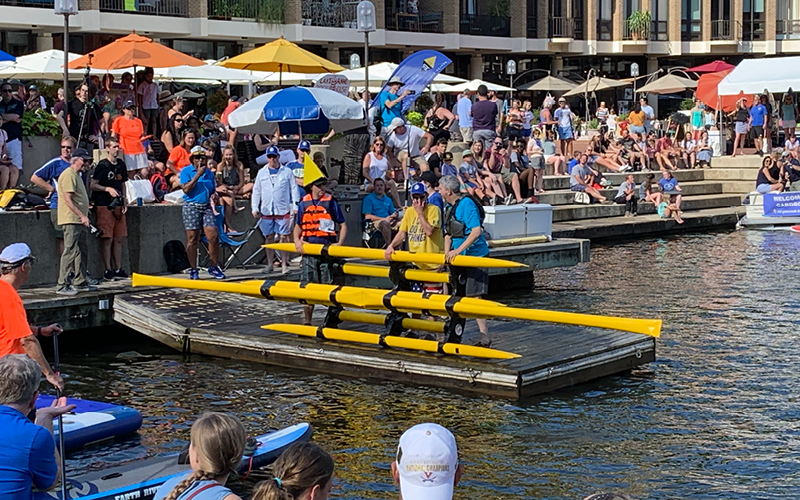 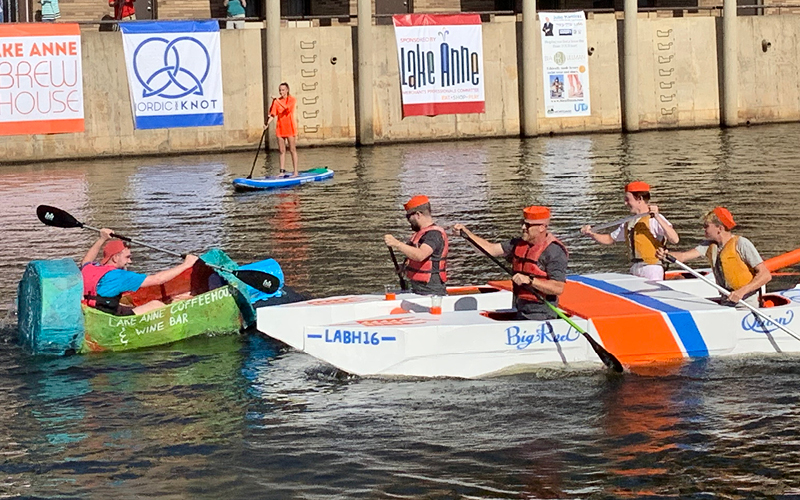 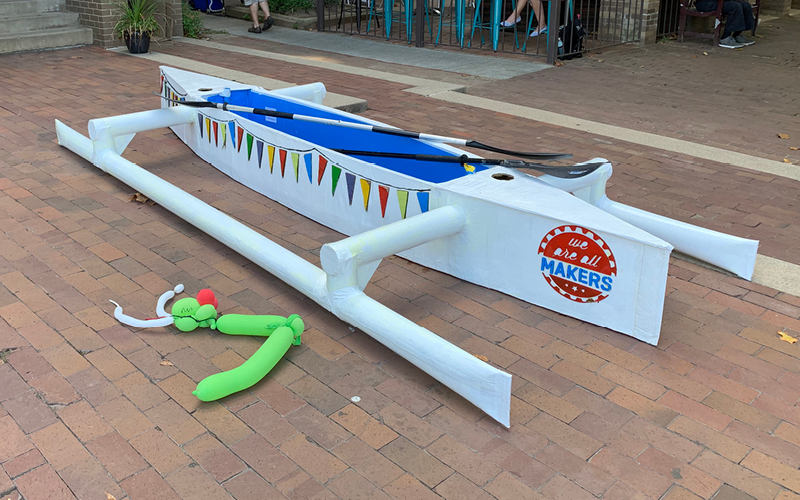 This event was made by possible with the support of over 40 sponsors. Presenting sponsor this year was Griffin Owens Insurance Group. Teams were comprised of local nonprofits and businesses, children and families. Five Fairfax County Public Schools also participated with principals acing against each other.

A huge thank you to Nordic Knot, Kalypso’s Sports Tavern, Jimmy’s Old Town Tavern and Whimpop for providing grab and go food for the event.

Pre-registrations for next year were filled during the event. Registration will open to the public in early 2020. The Reston Historic Trust & Museum and the Lake Anne Cardboard Boat Regatta committee consisting of members of the community have already started planning next year’s race!

First, second, and third place winners in the three categories listed below: 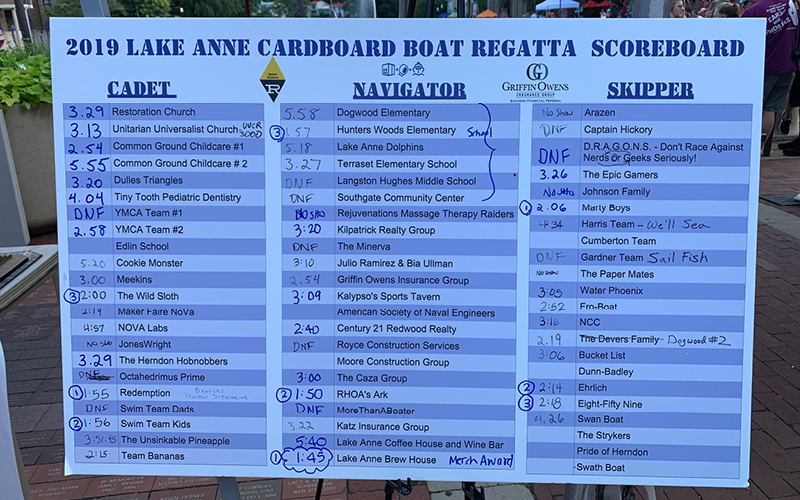 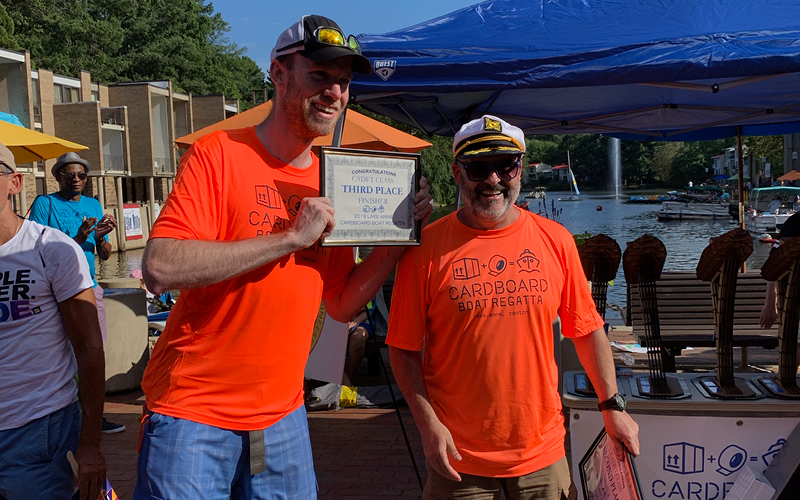 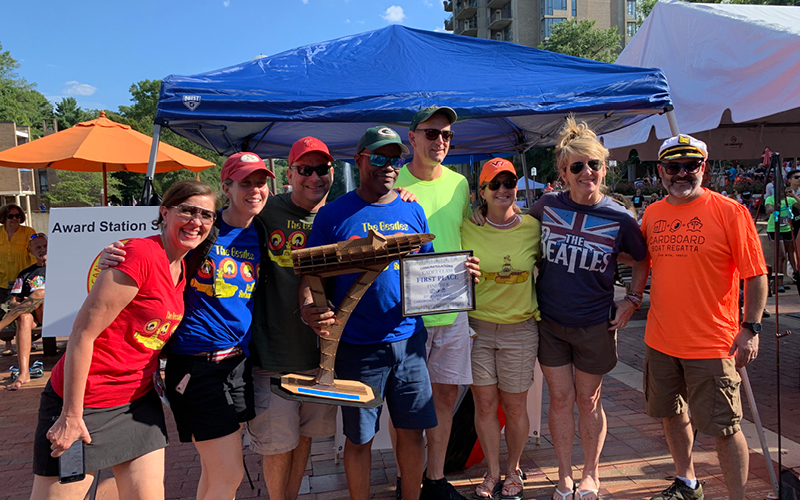 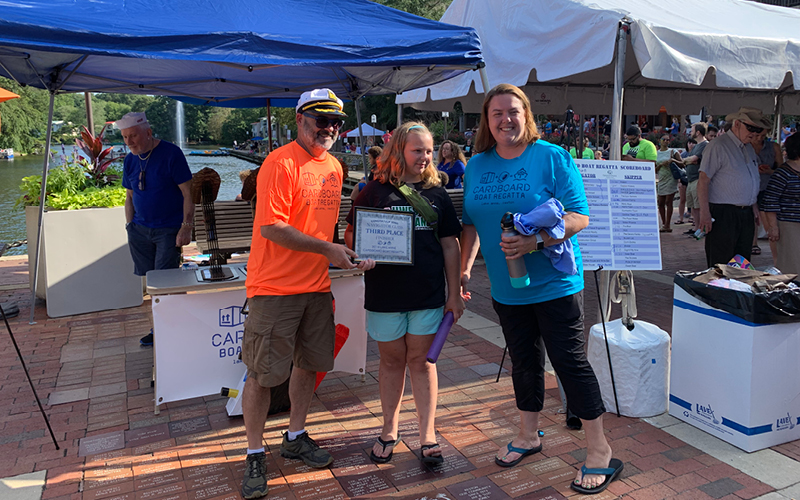 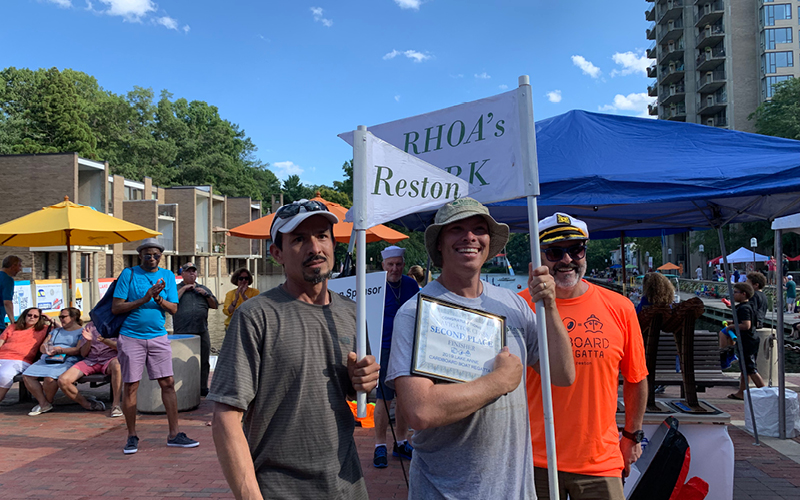 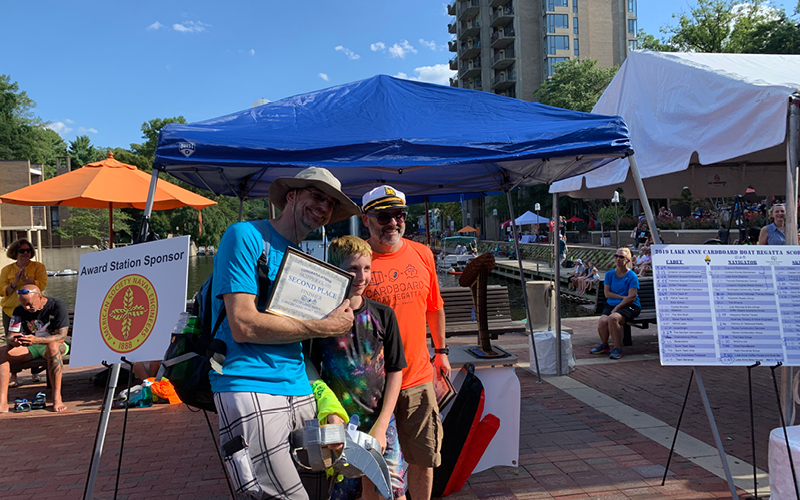 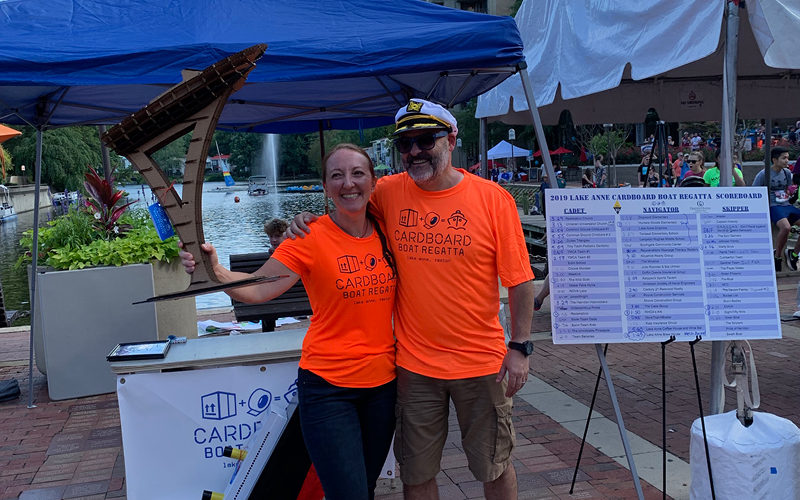 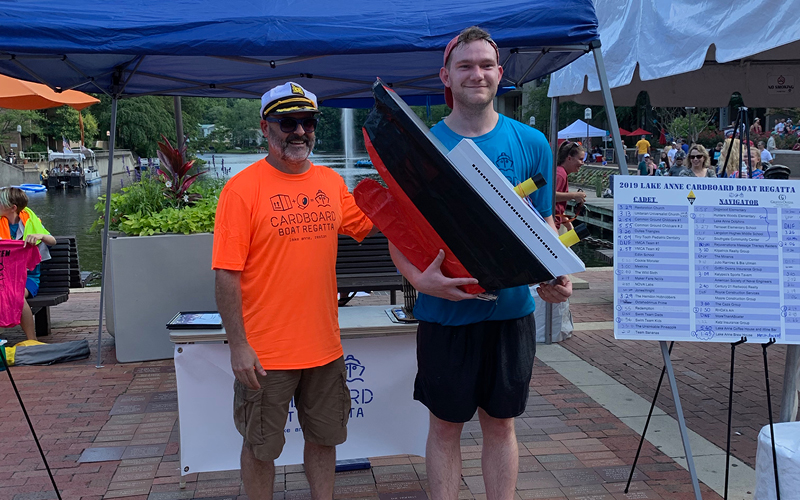