There’s a lot to consider when planning a wedding: the service, the reception venue, the flowers, the food, the cake, the honeymoon. While you want to make the day unique to you and your spouse-to-be, weddings are steeped in traditions, and family and friends tend to have a lot of opinions about what you should do. Whether you need some ammunition to fend off all the shoulds or you just want to know why we do some of these things, here are the stories behind five wedding traditions.

The origins of bridesmaids and groomsmen may date to Ancient Rome. Law required 10 witnesses to be present at a wedding, but why they dress in similar clothing has a darker history. Bridesmaids and groomsmen dressed like the bride and groom to confuse evil spirits and rival suitors who might try to harm the couple. Bridesmaids also formed a protective shield around the bride while walking her to the groom’s village or the church to protect her from being kidnapped.

Just as matching dresses were meant to create confusion about which woman was the bride, veils also were used to confuse those with evil intentions. Veils sometimes served their own evil purpose, such as when fathers tried to pass off a less-desirable daughter to a groom by hiding her under a veil until after the ceremony was over.

The best man tradition probably began in the 16th century with the Goths. When brides were often stolen from their communities and families, grooms chose as their “best” man not their close friend or brother but a man who was considered the best swordsman or fighter. His job was to fight off anyone who tried to keep him or the groom from kidnapping the bride or stopping the wedding and to make sure the bride didn’t get away during the ceremony. Originally, the best man stood right next to the bride at the wedding to prevent her from escaping or being taken away by her family or another suitor.

Carrying the Bride Over the Threshold

Historians offer a couple different reasons for this tradition. As with other traditions, this one may have been a way to ward off bad luck and evil spirits. Ancient Romans believed that if a bride tripped while entering her new home, she would bring bad luck to her marriage and her home. The groom carrying her over the threshold avoided this risk. Another reason goes back to the kidnapping of the bride. It was either that the bride was still unwilling to go with her groom and was carried into his home by force or, if she wasn’t so opposed to her groom, it was considered inappropriate to appear too enthusiastic about consummating her marriage. The groom therefore carried her into their home as a sort of mock kidnapping to make her appear reluctant and protect her reputation.

The Father Walking the Bride Down the Aisle

Although many see this as a sweet tradition today, it dates back to when “giving away the bride” was literally a transfer of ownership from the father to the husband. Young women could be used as collateral to settle debts or for the father to achieve a higher status by marrying his daughter off to a wealthy family. By escorting his daughter down the aisle and handing her over, the father was completing a business transaction.

While not as recent a tradition as diamond engagement rings, the white wedding dress is still a relatively new trend. Before the mid-1800s, red was one of the most popular colors for brides, as it still is in some cultures. But that changed in 1840 when England’s Queen Victoria married Prince Albert in a white dress. Victoria wasn’t the first bride to wear white, but since white fabric was hard to get and difficult to keep clean, it was usually worn by the rich as a symbol of their wealth. As Queen of England, Victoria certainly was wealthy, but whatever her reasons for choosing a white dress with a fitted bodice, a full, floor-length skirt and lace trim, she started a trend that soon became an enduring tradition. Within a few years, Europeans had attached other meanings to the white dress, such as purity and innocence.

The first recorded case of a man giving a woman a diamond engagement ring was in 1477 when Archduke Maximillian of Austria became engaged to Mary of Burgundy. Other members of royalty and the aristocracy followed Max’s lead, but diamonds didn’t become the enduring sign of love and togetherness for most married couples until 470 years later.

For the very unromantic reasons of manipulating the marketplace to sell more diamonds and to make more money, DeBeers began working with ad agency N.W. Ayer in 1938 to influence the public perception of diamonds and frame them as symbols of lasting love. As a result of their efforts, diamond engagement rings started to  become more popular, but in 1939, only 10 percent of engagement rings had diamonds. Then in 1947, DeBeers began using the slogan “A Diamond Is Forever,” in its ad campaigns, and a tradition was born.

As for the finger on which the engagement and wedding ring are worn, that comes from ancient Romans who believed the vein in the third finger on the left hand connected directly to the heart. They called that vein the vena amoris or vein of love. Although the Romans’ suspicion has been disproved, the tradition endures in many places.

Analiese Kreutzer is a contributing writer to VivaTysons and VivaReston. As a long-time resident of the area, she is passionate about the communities, people and businesses our publications cover. She can be reached at AnalieseKreutzer@gmail.com. 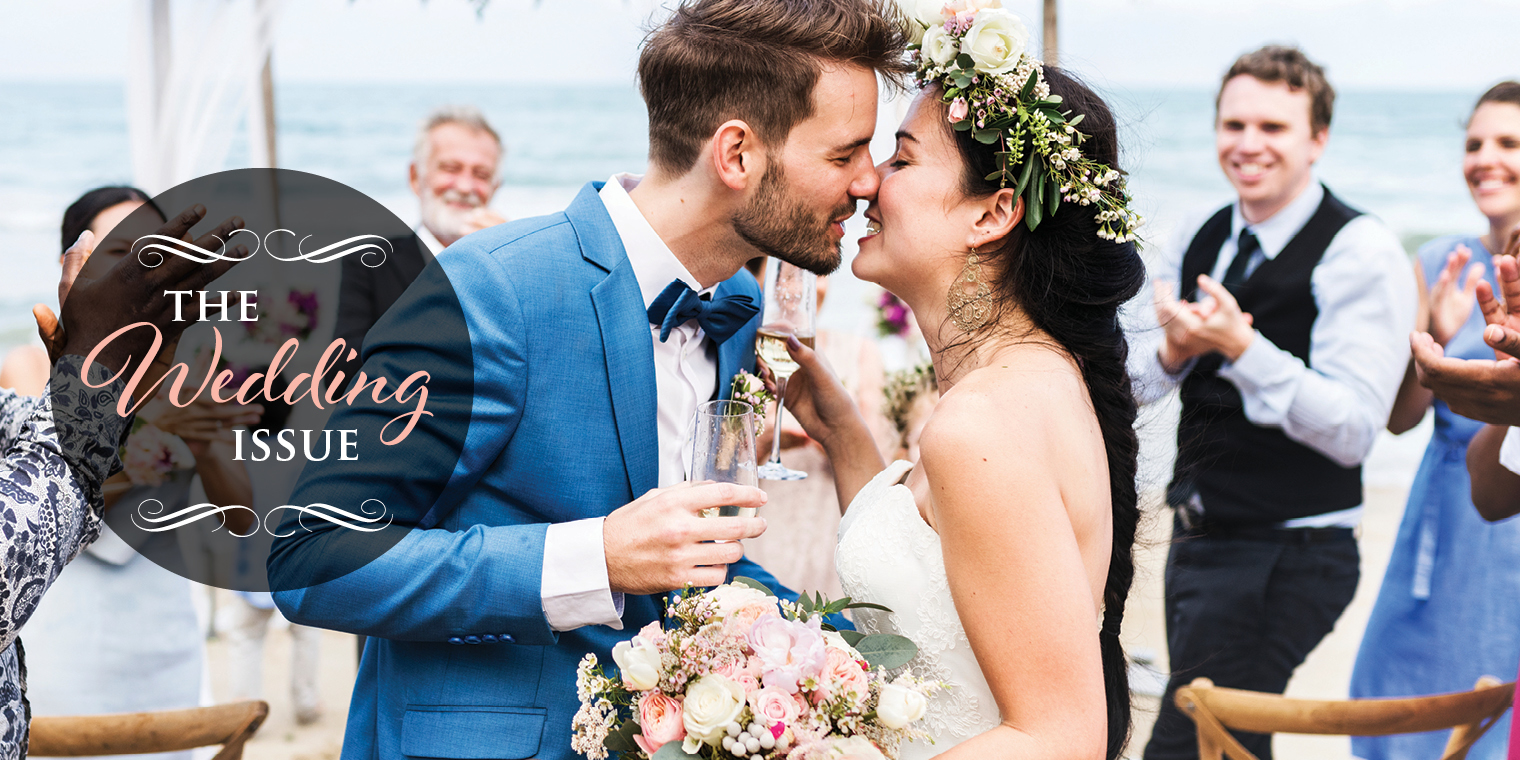 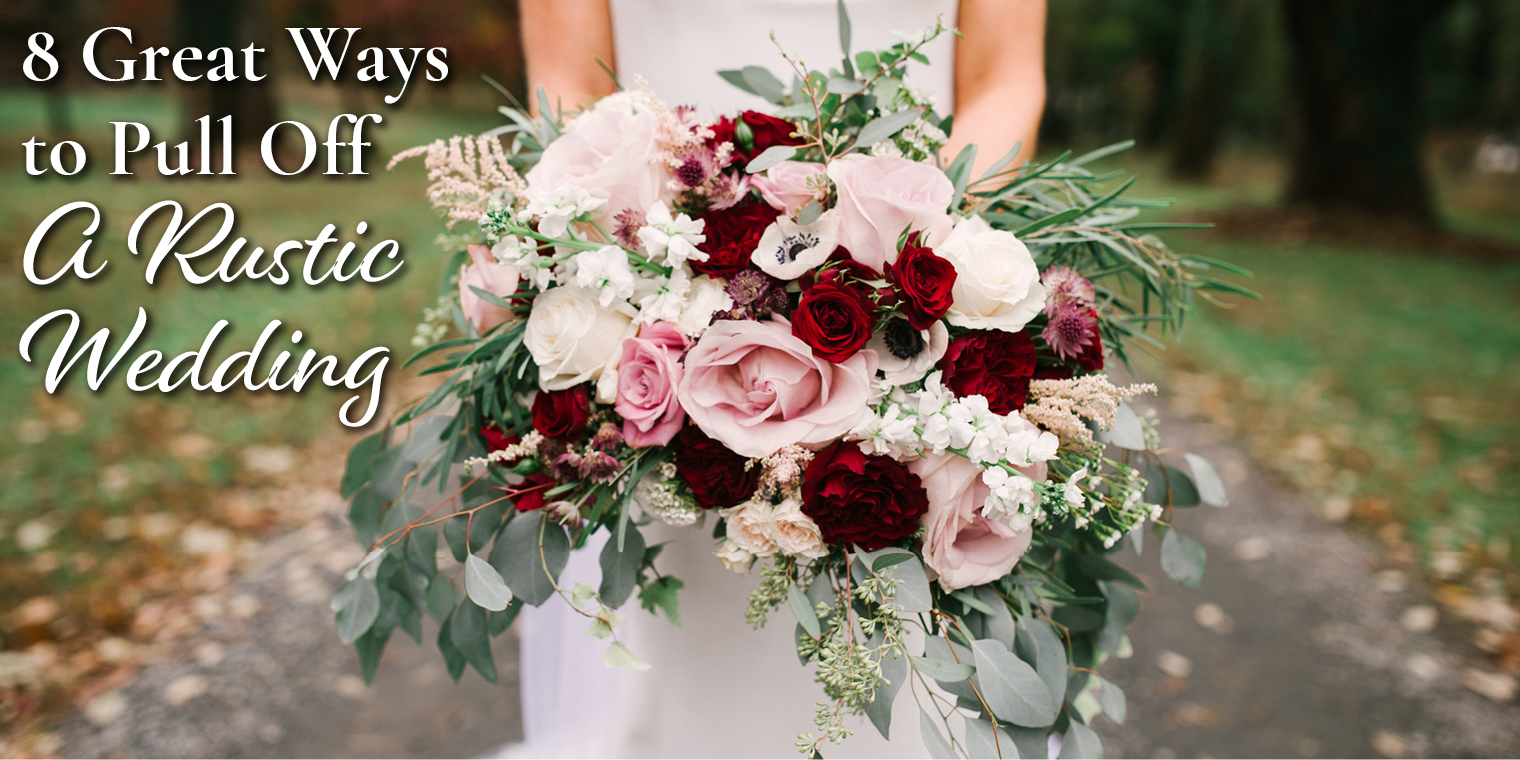 8 Great Ways to Pull Off a Rustic Wedding 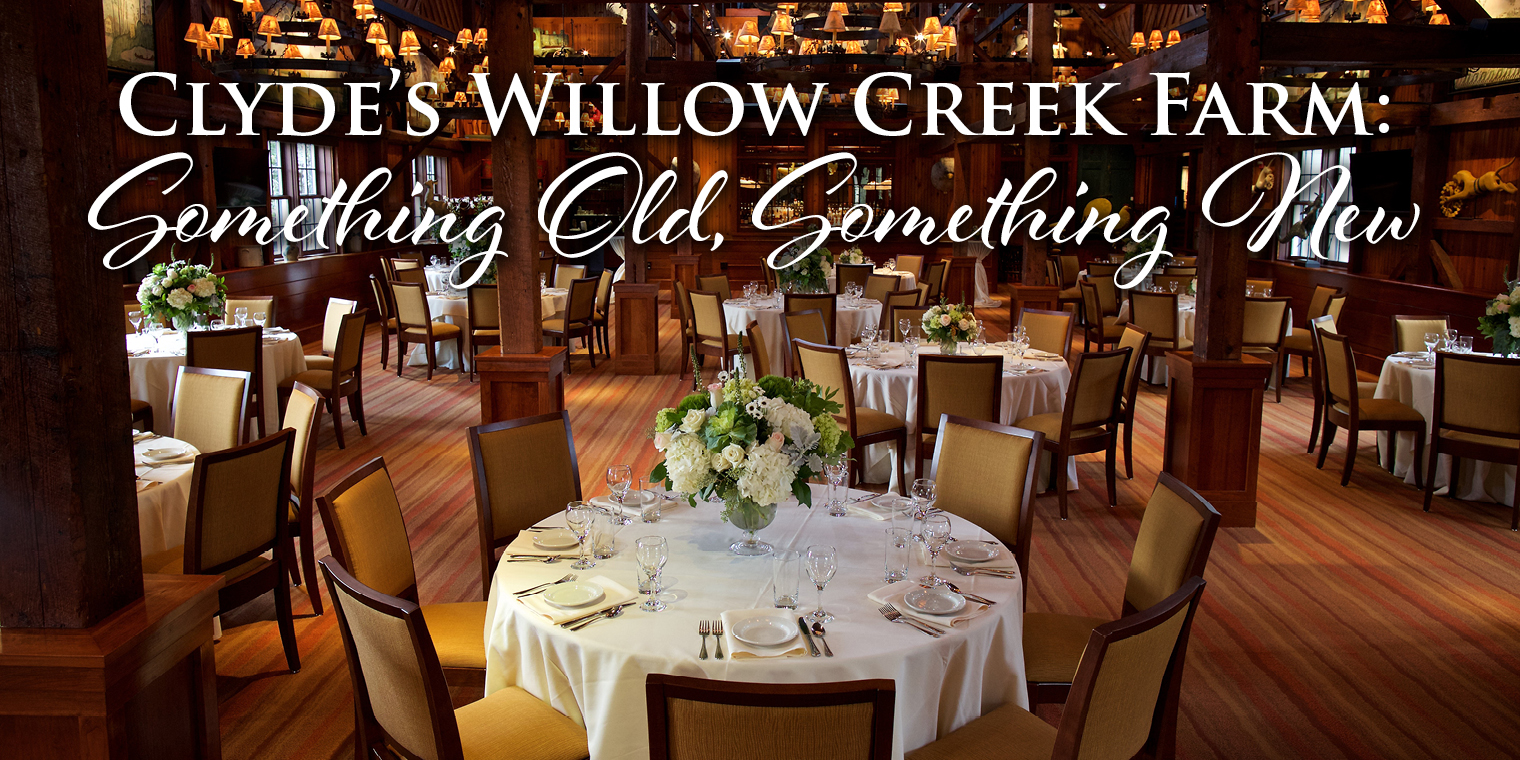 Mar 01, 2019 / Comments Off on Clyde’s Willow Creek Farm: Something Old, Something New 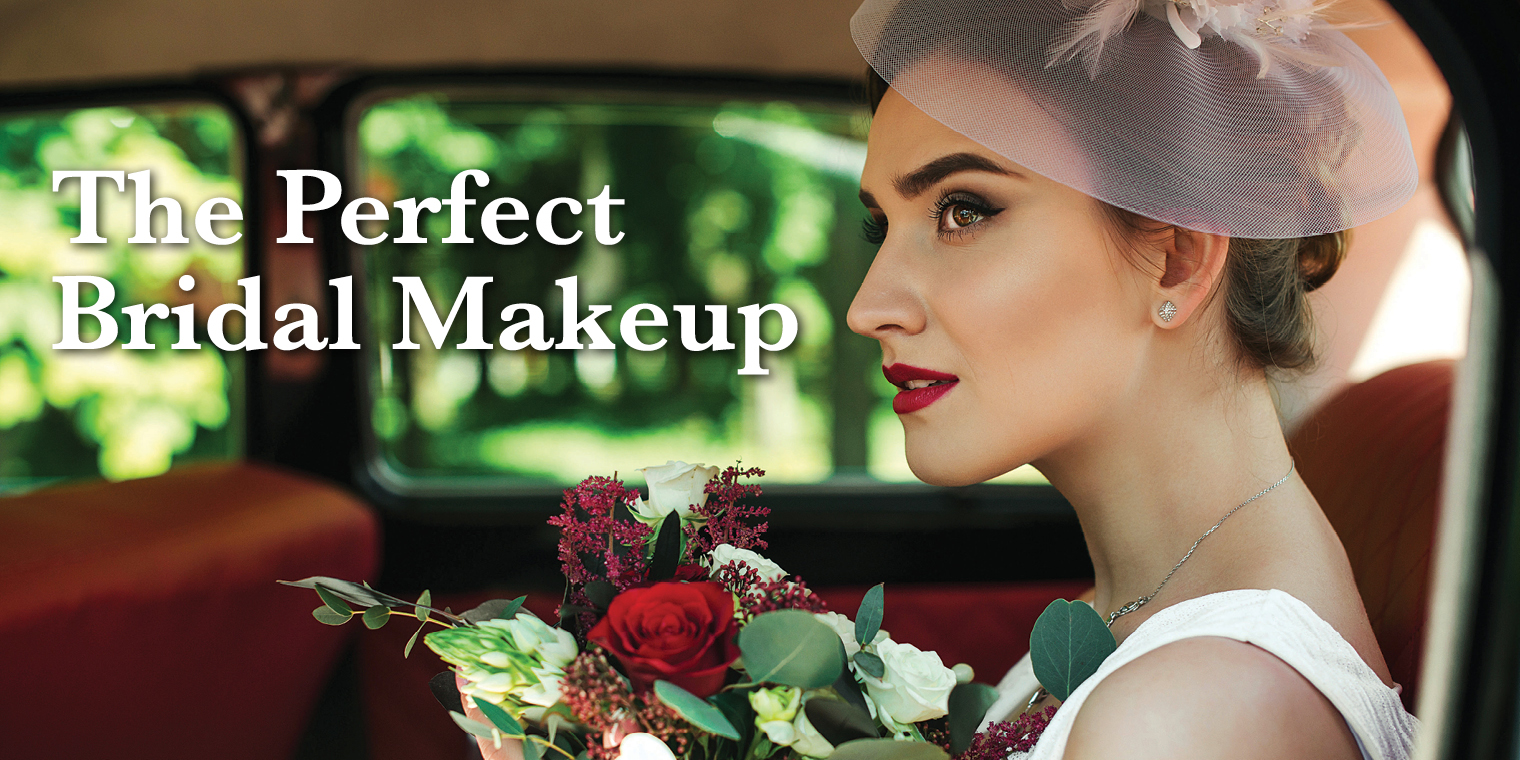 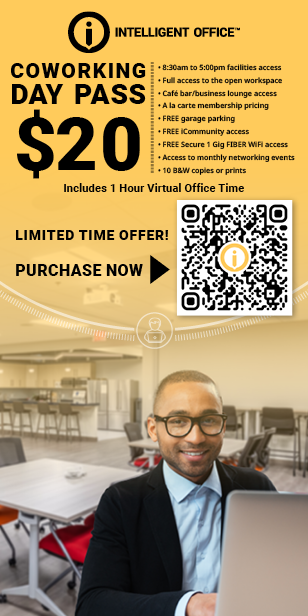