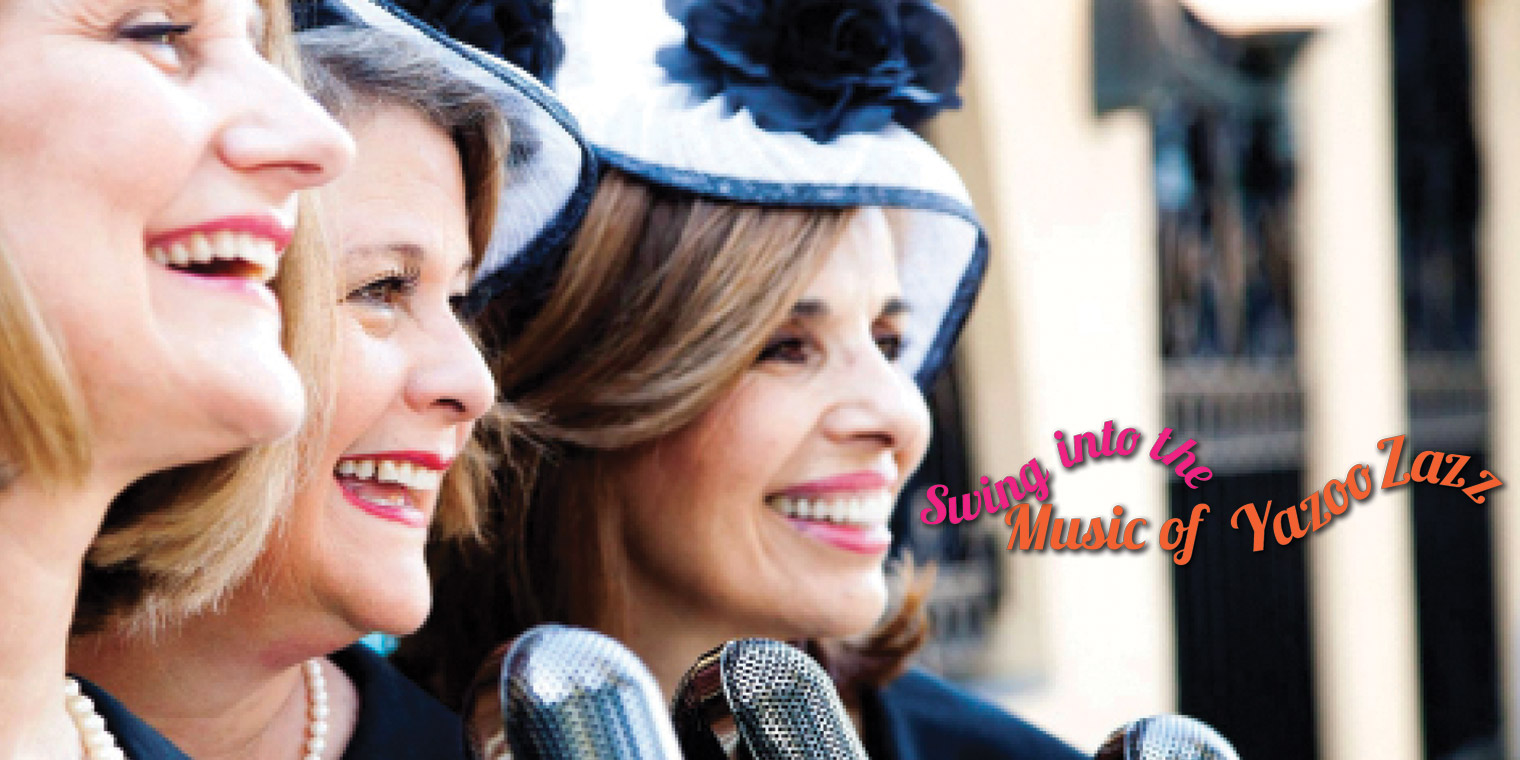 Swing into the Music of YazooZazz

If your musical taste harkens back to the Boswell Sisters or the Andrews sisters—the type of harmonious jazz that only a trio of lovely ladies can perform—then you’re sure going to want to check out YazzoZazz.

Consisting of Kathy Farmer, Robin Cunningham and Jeanine Greene, YazooZazz has been performing in our area for years, playing regularly with the Tom Cunningham Orchestra or with a small ensemble of three musicians or just piano.

Farmer, the high voice in YazooZazz, has had a long-standing love of jazz and vocal harmonies. She is also a choir director at her church in Ashburn, and a member of the Master Singers of Virginia a cappella vocal ensemble.

Cunningham, the low voice of the group, is an original YazooZazz member, dating back more than a decade. Greene, the middle voice in YazooZazz (and also the trio’s violinist), can also be found singing classic French songs and playing violin with gypsy jazz groups around town.

YazooZazz has been a part of the Cunningham orchestra for many years, and we are the current iteration of the group,” Farmer says. “The name comes from the Boswell sisters, who had a song called “Old Yazoo,” which was about a real town in Mississippi.”

For those unfamiliar, the Boswell Sisters were very influential in early jazz. The Andrews Sisters followed in the 1940s, continuing on their great style.

“The Boswells are not known very well today in the U.S., but many are singing their music around the world,” Farmer says. “Bette Midler covered the exact arrangement of one of their songs, ‘It’s the Girl,’ on her latest album. It’s one of our favorites to perform.”

All three members of YazooZazz work to get the word out about the Boswell Sisters and educate music lovers on what a true American treasure they were. The Boswells wrote their own arrangements and their own songs, and did a lot of very interesting things musically.

“There are so many people who don’t know anything about them; it’s pretty amazing,” Farmer says, “They were very influential in jazz and they were the rock stars of their age. Thousands of people would show up to see them wherever they played, but that legacy has been lost, which is a shame.”

In October 2014, YazooZazz was invited to go to New Orleans by one of the Boswell Sisters’ granddaughters, who had just written a book about them.

“She started researching and finding all these groups around the world who were doing their music, which is pretty interesting to us because we don’t know much about them in the U.S., but there are people around the world singing this music,” Farmer says. “When we got together with them, we made life-long friends.”

Groups came from Israel, Spain, Australia, Canada and a few others from the U.S. And most of them were singers in their 30s and even younger. 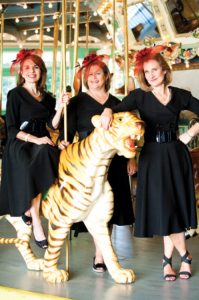 “All three of us have been involved in music forever, and I always wanted to be part of a trio, and even I myself had only a vague awareness of who they were,” Farmer says. “Once I joined the trio, it’s all I want to do. Of course, we do music of other trios, and it’s really fun.”

And fun is what it’s all about to Farmer and the others.

“You have to smile when you do this music,” she says. “It’s quirky at times, they mimic instruments at times, and it’s quite interesting. Even though people don’t know the music, it’s so fun and interesting.”

Upcoming performances of YazzoZazz include appearing with the Tom Cunningham Orchestra during the Saturday night swing dancing show at Glen Echo Park, on May 7 and June 25.

“People are coming to swing dance and they don’t dance to a recording, they are dancing to a live full big band, which is pretty awesome,” Farmer says. “It’s a great night and we are always excited to play there.”

For more information on the trio, visit yazoozazz.wix.com.

AUTHOR: Keith Loria is a freelance writer who writes regularly about sports, business, entertainment, and the arts. When he’s not writing, the Oakton work-at-home dad can
be found playing with his daughters Jordan and Cassidy.