Visible construction at Ashburn; girders and track work roll along at Dulles Airport

Construction of Phase 2 of the Silver Line is moving steadily along, according to rail project officials.

In recent weeks, Capital Rail Constructors, the project’s design-build contractor, has reported significant progress on the aerial guideways that will carry the tracks at Washington Dulles International Airport.

According to John Kearney, project manager/construction manager for the of the rail project for the Metropolitan Washington Airports authority which is building the Silver line, the girders to support the future rail station at the airport are being put in along with station framing precast. And only 47 of the girders to support the aerial tracks are still to be made.

Construction of the future Ashburn Station, at the end of the Phase 2 alignment, has ramped up. For example, excavations have been completed and a large tower crane, like those now in place along Dulles Toll Road at the Reston and Herndon stations, has been erected, creating a visual landmark for drivers along the Dulles Greenway, Kearney said. 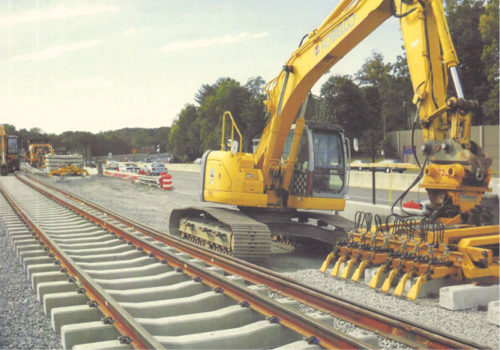 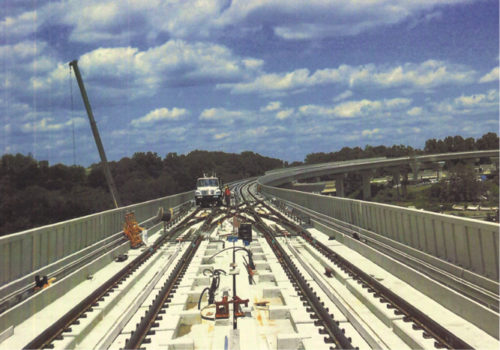 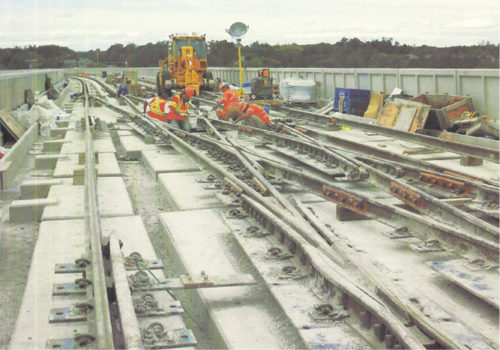 In addition a huge straddle bent – required to carry the rail line across wide stretches where central columns cannot be placed – has been installed over the eastbound lanes of the Greenway and the first girders set.

Along both the aerial and ground level stretches of Phase 2, tracks are being laid.

In February, girder erection crews will move to the east side of the future Dulles Airport Station to begin setting girders.

In addition, Traction Power Substation 13, one of many facilities required to power the rail line along the alignment is expected to be delivered and erected just south of the new Herndon Station in early February.