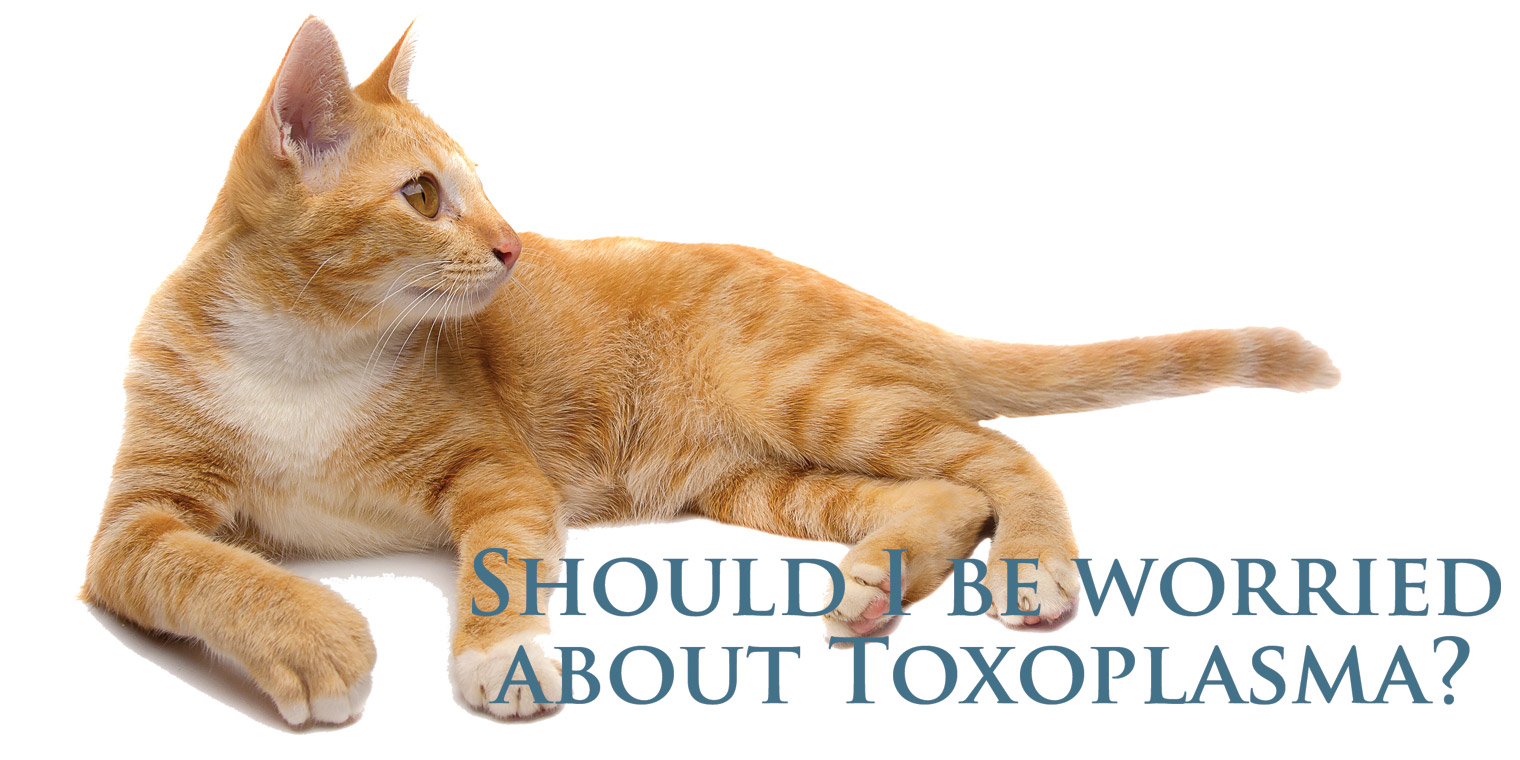 Should I be worried about Toxoplasma?

I’ve read a lot about Toxoplasma in the news lately. Should I be worried?

I’ve also seen some news articles zipping around the web concerning Toxoplasmosis. A recent study appears to show that Toxoplasma may cause neurologic changes in people, causing thoughts of suicide or even schizophrenia. Unfortunately, every article I saw made it appear that people are infected directly by cats. Thankfully that’s not quite true. Read on to learn more.

Toxoplasma gondii is a microscopic parasite with a very interesting life cycle. Cats are the definitive host, which means Toxo needs them to be able to reproduce and spread. The oocyst (fertilized egg) of the organism is excreted in cat feces. This egg shedding occurs a few days to a few weeks after infection, and it lasts for one to three weeks. The cat has already recovered from the infection by the time it sheds oocysts. Most importantly, it takes at least 24 hours for the oocyst to become infective outside the cat. Any warm-blooded animal can be infected by Toxoplasma, but the organism can be directly spread only by cats.

Infection typically causes a mild, barely noticeable infection. In people it can cause flu-like symptoms, but in animals, most wouldn’t be perceived as being ill at all. Unfortunately in very young or immunocompromised animals, it can be fatal, because of the cellular damage it causes in multiple tissues. In the vast majority of cases, though, the immune system stops the infection and the organism hides by forming microscopic cysts. These cysts last for years in the tissues and can possibly even last a lifetime.

It is these cysts that have generated some press lately.

If the cysts are in muscle tissue, they cause no problems for the animal. Unfortunately, the cysts prefer to be in neuronal tissue, such as the brain and spinal cord, where they can cause behavioral changes and other problems. It’s been shown that rodents infected with Toxoplasma lose their fear of cats and thus are caught and eaten more readily, thus spreading the organism. Once an animal has been exposed to Toxo and survived, it is immune for life. This fact is very important to remember when I talk about your risk later in the article.

The most common way animals, including humans, are infected by Toxoplasma is by ingesting tissue cysts of infected animals. People are most commonly infected by eating undercooked beef and pork.

This is a typical cycle: a cat lives on a farm helping control the rodents; the cat is infected by ingesting Toxo from the environment or by eating infected vermin; the cat spreads Toxo in his stool; the cow or pig ingests Toxo while eating off the ground; cysts form in the animal’s tissue; and people eat the cysts in undercooked meat. The organism is killed if exposed to temperatures over 152ºF or below 9ºF, so if you eat any fresh beef cooked less than medium-well, you are at risk for Toxoplasmosis. If the meat has been frozen or is cooked to a temperature above 152ºF, then Toxo is not a concern.

As disturbing as it is to consider, the other way animals are infected is by ingesting items contaminated with cat feces. Humans can ingest it from eating fresh vegetables grown in a garden where an infected cat has eliminated. It can occur when we’re less than hygienic and don’t wash our hands after touching cat stool. It can happen when the dog eats cat stool and then licks our face or hands. We can be infected when we garden without gloves and don’t wash up thoroughly afterwards. Thankfully Toxoplasma oocysts are killed rapidly by soap, so washing your hands before eating and after gardening and washing fresh veggies with soap and water will eliminate the risk. If using soap on your vegetables sounds offensive to you, try an all-natural fruit and vegetable wash, such as Fit, which is available in most supermarkets in the produce department. I haven’t been able to confirm that Fit kills Toxo, but it does include sodium laureth sulfate (among other ingredients), which is the main surfactant in soap.

The concern most people think about when they hear about Toxoplasmosis is the risk of fetal birth defects, when a pregnant woman is infected. It is a serious concern, but it’s a problem only for pregnant women who aren’t immune and who become infected during their pregnancy. If the woman is already immune, there’s no concern with Toxo.

The common thought is that living with cats increases a person’s risk of infection. This assumption is just not true.

n If your cat hunts outdoors, it’s very possible that the cat has already been infected and is immune now, thus no longer shedding oocysts. Once he’s been infected, it’s rare that a cat ever sheds any oocysts again.

n If your cat stays indoors and doesn’t eat raw or undercooked meat, raw eggs or raw milk, then the likelihood is almost zero that he will be infected. He’ll have to eat an infected rodent that enters the house.

n If you’re living with a cat that has been infected with Toxoplasma, it’s possible that the people in the house are already infected and immune. In this case, there’s no risk to the fetus, because Mom can’t get re-infected—she’s immune.

n Because it takes at least 24 hours for oocysts in feces to become infective, cleaning the litter box once daily almost eliminates the risk of infection to the person doing the cleaning, whether or not the person wears protective gloves.

Here are my recommendations for minimizing risks of Toxoplasmosis infection in cats and people:

1. Cook all meat, especially beef, pork and venison, to a minimum temperature of 160ºF.

2. Don’t eat uncooked eggs or raw milk or feed any of these items to your cats.

5. If you are pregnant, avoid contact with garden soil, sandboxes and raw meat.

6. If you are pregnant, do not clean litter boxes (although if they are cleaned daily, the risk is tiny).

7. Clean the litter box daily and don’t put the waste in compost piles or in the garden.

8. Keep cats indoors to prevent them from hunting outside.

9. If you are planning to get pregnant, get tested for immunity to Toxoplasma. If you are immune, there’s no risk to the fetus. If you are not, then focus on minimizing the risks by following the guidelines listed above. v We Love, Therefore We Grieve, Our Pets Pets and the Risk of COVID-19