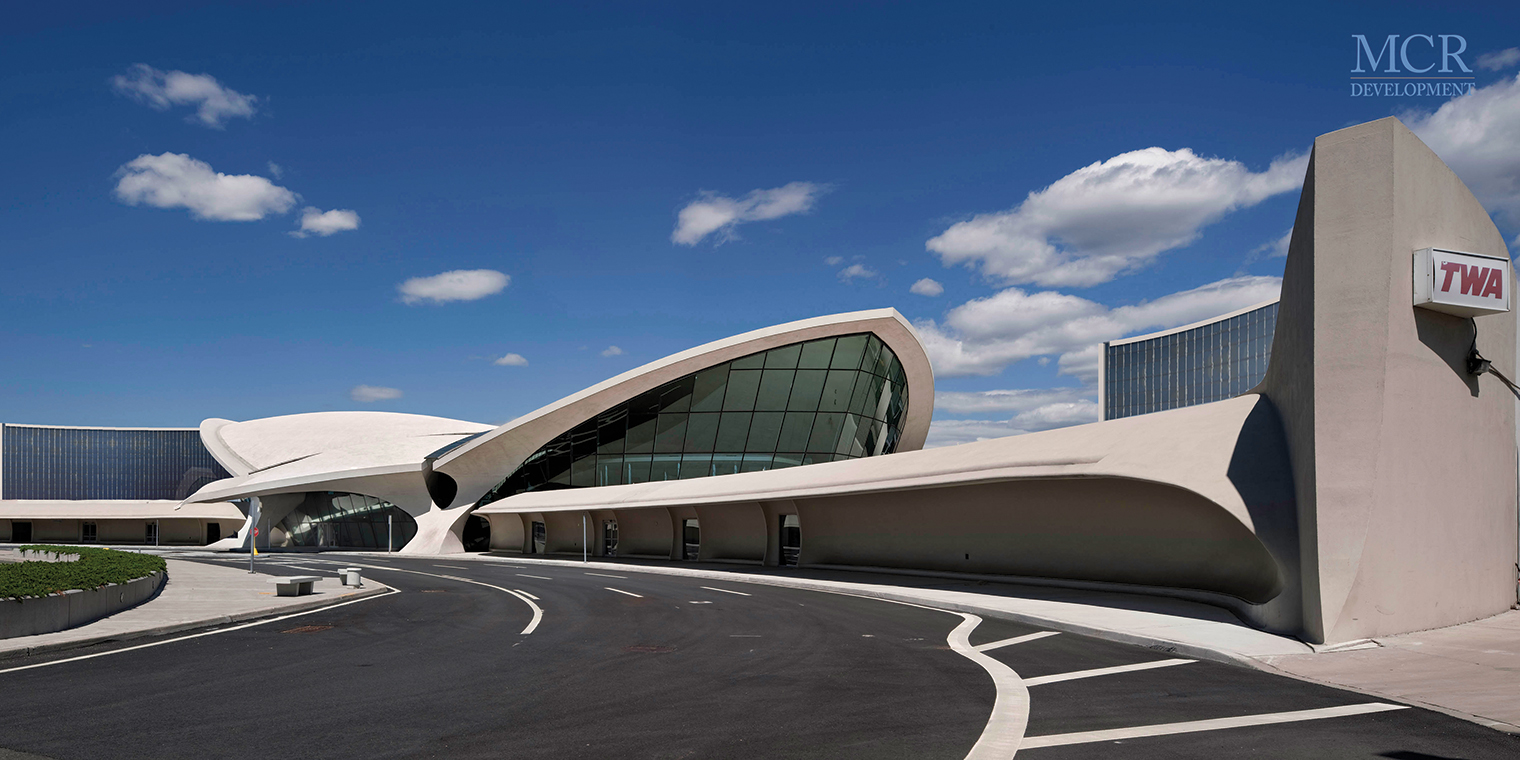 Atop of the list of considerations that designers of Metro’s Silver Line extension through Dulles International Airport was protecting the main terminal’s façade, the result of one of architect Eero Saarinen’s creative bursts.

Saarinen, the son of architect Eliel Saarinen, placed his mark on a number of familiar buildings despite living only to the age of 51. In fact, death came before many of his more well-known structures reached completion.

Eero (pronounced the same as arrow) Saarinen’s first major project came after he outperformed his father in a competition to design the St. Louis Jefferson Memorial. His design resulted in the St. Louis Arch.

“Our architecture is too humble. It should be prouder, more aggressive, much richer and larger than we see today,” Saarinen once said, according to The Architect Who Saw the Future, part of the PBS American Masters series. “I would like to do my part in expanding that richness.”

The oval-shaped road that provides access to the airport and loops around the daily and hourly parking lots at Dulles Airport bears the architect’s name: Saarinen Circle.

A brain tumor took Saarinen’s life in 1961 at the age of 51, before many of his projects would reach completion, including the Dulles terminal.

“He already saw it in the model stage,” recalled Eric Saarinen in the film he created about his father. “He was like a giant looking down.”

Saarinen believed architecture was an important part of the human endeavor, not just a way to provide space and shelter.

“Architecture also has the purpose of marking and enhancing man’s time on Earth,” Saarinen once said, adding that the character of those occupying the building should become part of the design.

“I hope that some of my buildings will have lasting truths,” he said. “I admit quite frankly I would like to have a place in architectural history.”

St. Louis Arch Saarinen got his first big break when his design was chosen for the St. Louis Jefferson Memorial; the St. Louis Arch has since become a popular tourist attraction. Saarinen beat out his father, Eliel, in the design competition. Photo courtesy of the Jefferson National Expansion Monument. 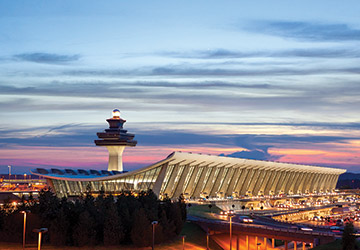 Dulles Terminal The iconic Saarinen-designed main terminal at Dulles Airport has been nominated for the National Register of Historic Places. Dulles Station, under construction as part of Phase 2 of Metro’s Silver Line project, was designed to mimic the terminal shape. Photo courtesy of the Metropolitan Washington Airports Authority.

Since  1978, the Dulles terminal has been eligible for the National Register of Historic Places.

When he designed Dulles, as well as the TWA Flight Center at JFK Airport in New York, he wanted to demonstrate a sense of traveling through the air. Dulles also credits Saarinen with developing the mobile lounge concept in which roving vehicles carried passengers between the main terminal and their gates.

A few other projects Saarinen designed:

The Dulles terminal is also the reason a different design was chosen for the Silver Line’s Dulles Airport Station than for the other Phase 2 stations. The design resembles the shape of the terminal.

TWA Flight Center
With his curved design for the TWA Flight Center at JFK Airport, Saarinen aimed to create a sense of traveling through air. The facility now serves as a hotel at the airport. Photo courtesy of MCR Development.