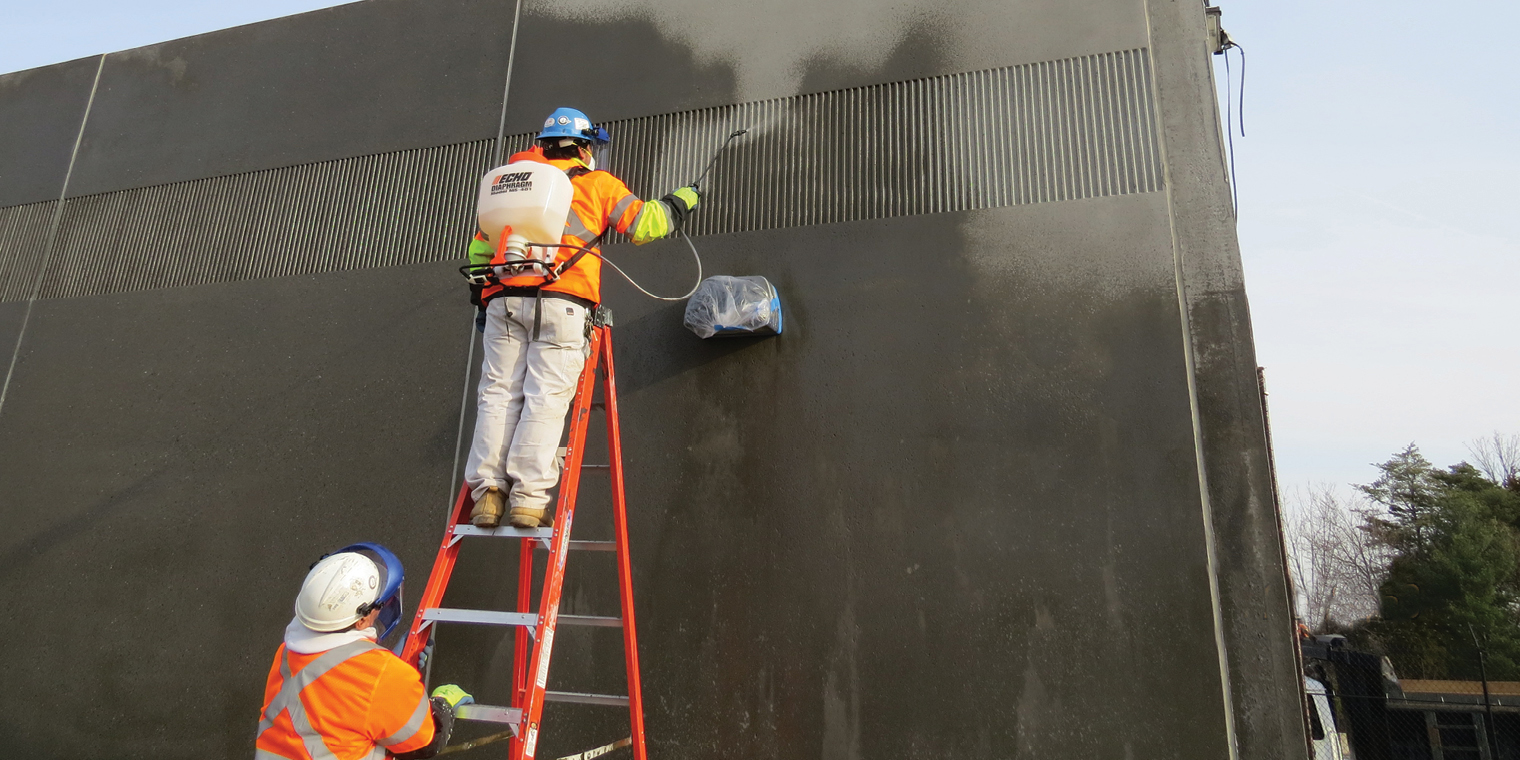 Sealant application is 98 percent complete at Herndon Station and will begin soon at Reston Town Center Station. Spraying is also planned at the Ashburn and Loudoun Gateway stations.

Working when weather permits, crews appear to passers-by as if they might be exterminators. Indeed, they are not. The chemical they are applying is  a protectant that has been approved as a solution to a problem with the concrete panels first reported in spring 2017 related to air entrainment and improper ratios of the water to cement mix in the concrete. This issue did not create safety concerns, but did raise concerns about the panels’ long-term durability.

In fall of 2018, crews for Capital Rail Constructors (CRC), the project’s lead contractor for the Silver Line rail extension, had replaced precast concrete panels that had been deemed inadequate. Inspections determined that the concrete problems originated in a sub-contractor’s manufacturing process.

The Airports Authority and the Washington Metropolitan Area Transit Authority, which will take over the project when it’s completed, and the contractor agreed to additional mitigation — which is the application of the protective coating periodically over the coming years. These coatings will be funded by the contractor and the frequency of future coatings will be determined by WMATA, which is expected to monitor the durability over the 100-year life of the project.

Warmer, drier weather should allow the process to move forward at a faster pace, according to John Kearney, the rail project’s construction manager

According to Airports Authority rail team, crews have completed power washing panels at all stations in preparation for spraying. None of the flawed panels were installed at the Dulles Airport Station.

Rail project officials said they are happy to see the sealant application moving ahead, noting that unusually heavy rains and snows of the winter months slowed the work, which requires up to 48 hours of dry weather for the process to be completed.