In this new series, the Dulles Corridor Metrorail Project will take a step back in time to compare and contrast the construction, milestones and progress of the Silver Line.

March 2013 marked an amazing 89 percent completion on Phase 1 of the Silver Line!  Tunnel construction had finished and track work was nearing completion. Pedestrian bridges were installed to carry passengers across the Route 7/Route 123 interchange, and the Dulles Airport Access Highway Corridor.

The 11.4 mile stretch of Phase 2 was a distant thought in March 2013. Construction on this segment of the rail line did not begin until July 2013.

Fast-forward to the present, the project has reach 71 percent construction completion as of March 2018. Pedestrian bridges are now installed across all roadways except for the south side of Reston Metrorail Station. The final tower crane has been taken down at Ashburn Station this month. The Silver Line has come a long way and achieved many milestones.

March 2013 was just beginning the finishing touches on Phase 1 of the megaproject that would bring new commuter benefits and economic growth to the region. 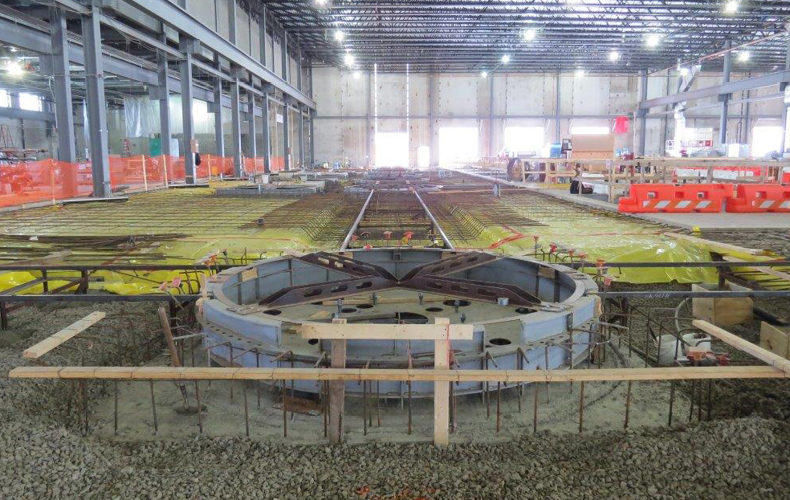 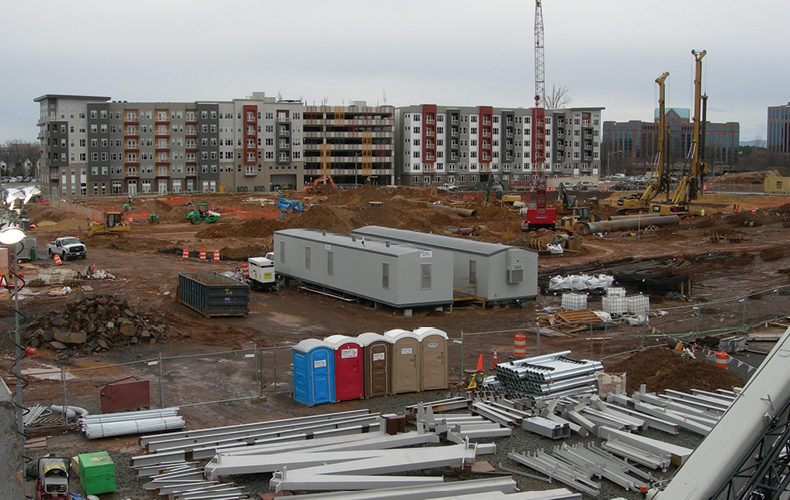 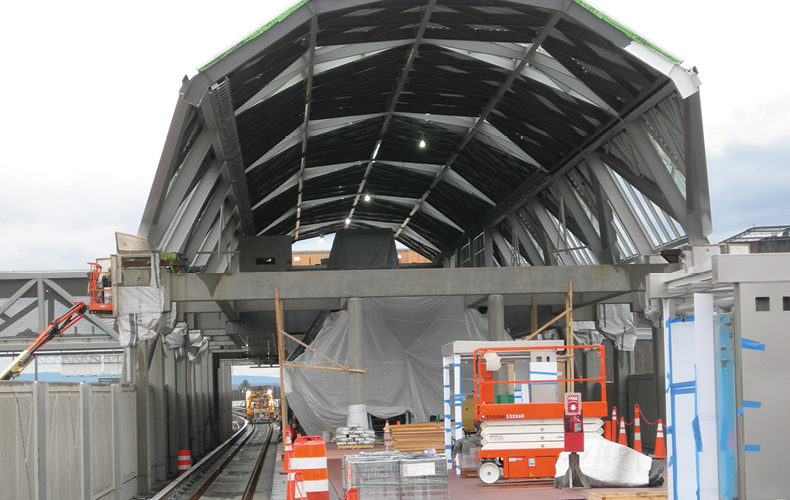 Capital Rail Constructors’ crew are making progress laying track on the Phase 2 Silver Line as shown in this photo along the rail line in the eastbound Dulles Airport Access highway Corridor. 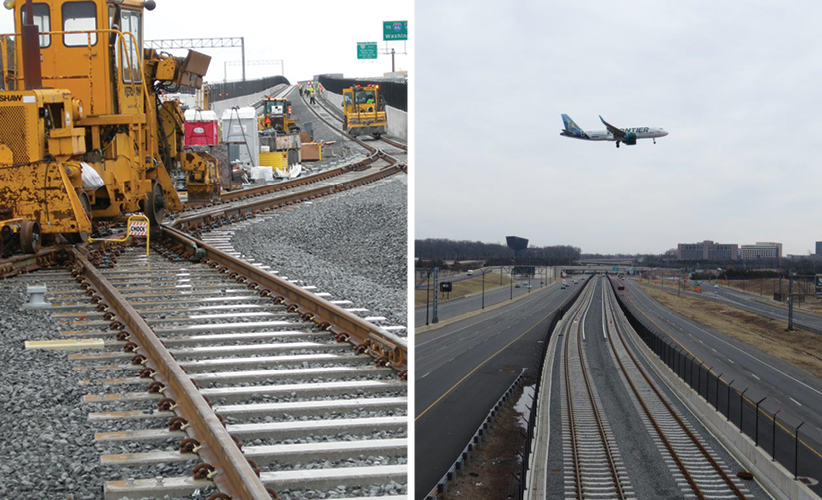