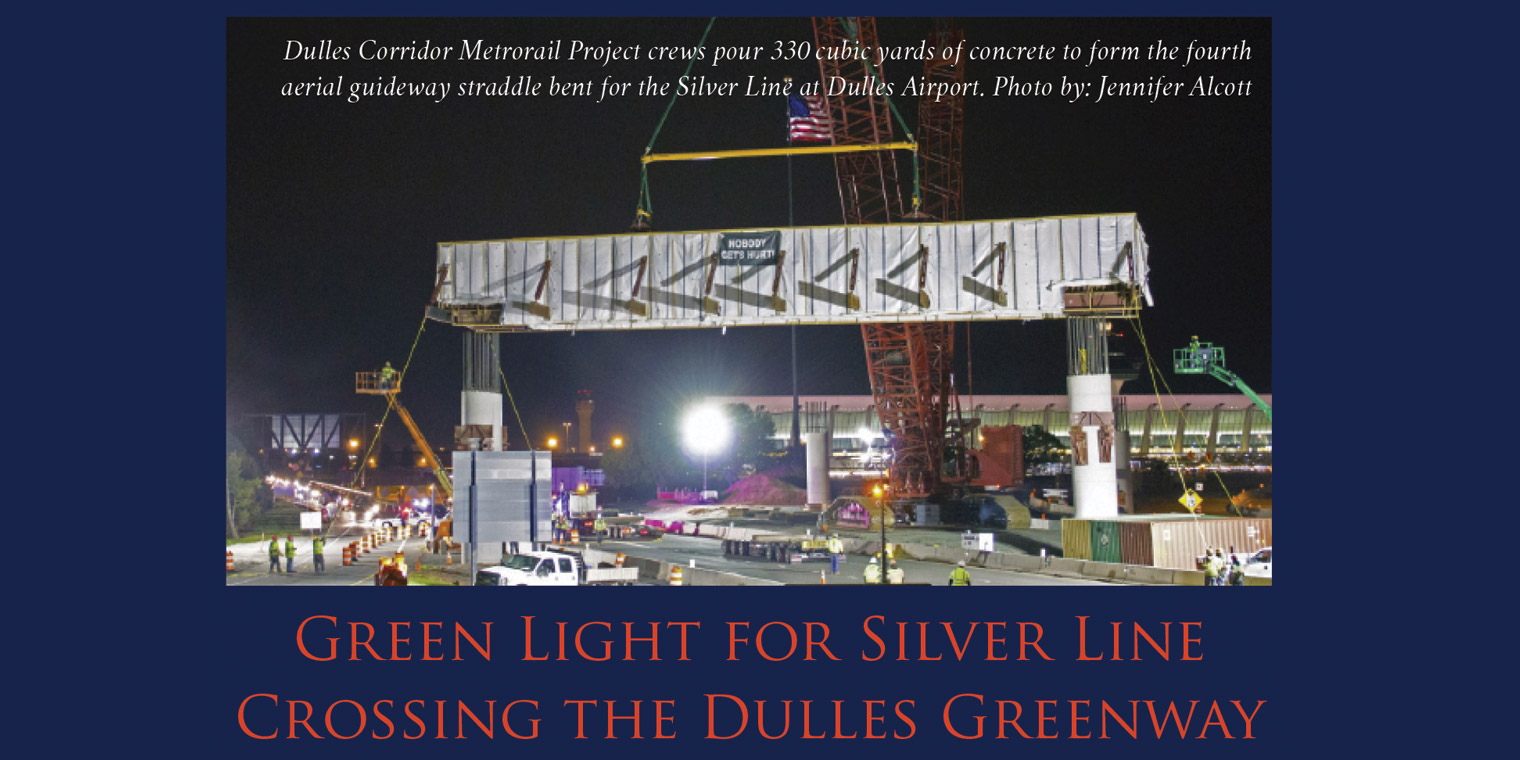 During recent months, four giant straddle bents have been constructed to support the aerial guideway for the future Silver Line trains leading into Dulles Airport from Innovation Station.

As the remaining forms are being stripped and final inspections take place, Capital Rail Constructors (CRC) crews are preparing to embark on the final four straddle bents; but this time, it’s over the Dulles Greenway. Because putting a pier in the middle of a highway is out of the question, straddle bents work as the unsung hero supporting unusually heavy loads when a traditional support is not possible.

“The eight large straddle bents are a critical component of the Silver Line’s aerial guideway,” said Brad Williamson, CRC’s Structures Project Manager.  “With an average of 410 cubic yards of concrete and 27 tons of rebar in each one and a very technical post-tensioning process, a single straddle bent takes approximately eight weeks to build from start to finish.”

Inside the “belly” of the straddle bent, multiple tension cords allow for ever so subtle pressure and weight fluctuations due to weather and travel, such as that of a rail car.

John Kearney, Construction Manager of the Dulles Corridor Metrorail Project, says that in order for the Silver Line to reach Loudoun Gateway Station, crossing the Dulles Greenway is a necessity not only because of topography and right of way, but also so that the guideway can ‘spiral’.

At high speeds, the track must ‘spiral’, or avoid sharp turns, in order to ensure rider safety and provide an optimal ride quality for passengers onboard, Kearney said.

Since each straddle bent is unique, it must be poured in place rather than being precast. Lane and road closures will be necessary to ensure drivers’ safety and traffic will be temporarily diverted when construction over the Greenway begins.

Specific dates have not been set yet.

“Our crew is working in close coordination with the airport and Dulles Greenway staff to build these labor-intensive elements with as little disruption as possible,” Williamson said.

Project officials report that any major closures will be done during the night and should not have any effect on rush hour commutes.

To stay informed on upcoming closures, sign up for project-specific traffic alerts at www.dullesmetro.com.

For concerns and emergencies regarding construction, call the project hotline toll free at 1-844-385-RAIL (7245).