All Aboard For NextStop Theatre Company’s Latest Professional Season

Since transitioning from a community theatre to a professional one just four short years ago, a lot has happened with NextStop Theatre Company, including the launch of almost 40 productions, several prestigious Helen Hayes nominations, and two Helen Hayes awards wins!

There’s a lot to be said about this little theatre that could.

For 25 years, the theatre operated as Elden Street Players, one of the few municipal experimental theatres in the U.S. That is, until 2013. According to Producing Artistic Director Evan Hoffmann, “We reached a point when it came to the 25th anniversary where we said, ‘What are our future goals?’ We felt like we had accomplished all we could as an all-volunteer community theatre, but didn’t want the story to end.”

“As a professional theatre, there was so much more we could do, while still being a nonprofit, but utilizing professional artists and other participants. With approval of the Board of Directors, we opened our first show at NextStop Theatre that September.”

The name NextStop Theatre Company was chosen to both represent the history of the town that developed around the W&OD train line—one of the first stops out of D.C.—and to signify a nod to the future of the community, with the new Metro access nearby. Plus, it was never located on Elden Street, Hoffmann said with a chuckle. “This was our second generation—our next stop in what our company is capable of doing.” 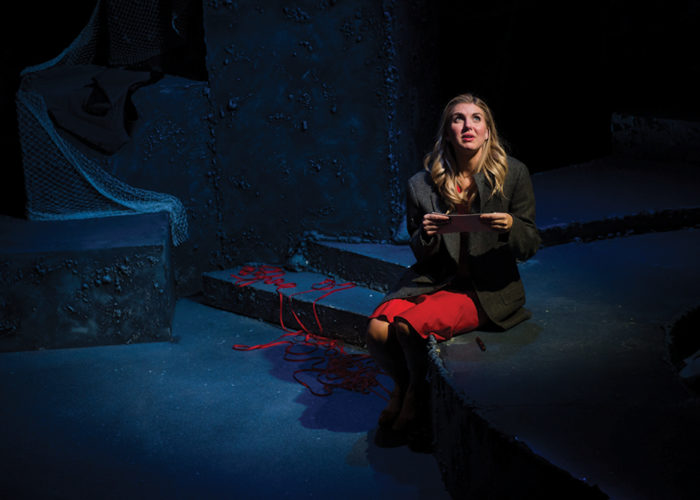 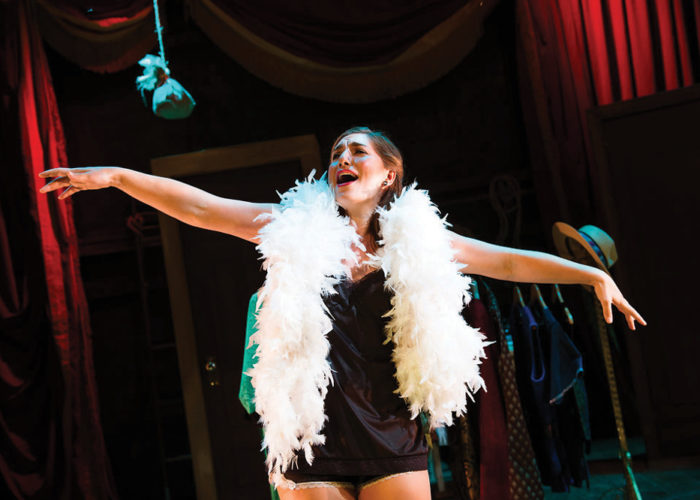 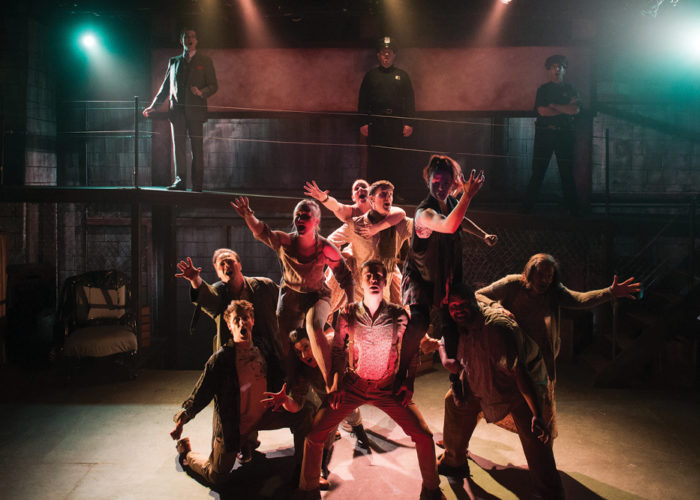 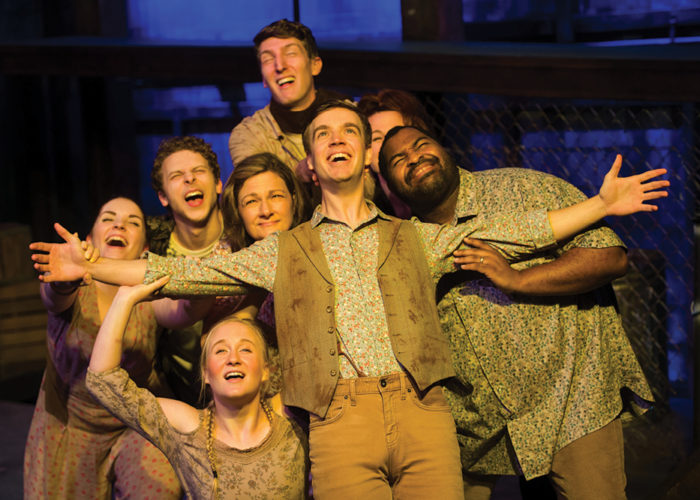 NextStop’s mission is to offer the widest variety of shows possible: comedy and drama, plays and musicals, old and new. And all this within an intimate black-box space that seats just 114 people.

The 2017-2018 season is the first “themed” season for NextStop’s mainstage productions. When picking shows for the upcoming year, Hoffmann was struck by the 2016 presidential elections and how two people can look at exactly the same thing and see it in two different ways. He developed the idea of “Point and Counterpoint” and scheduled six shows, each paired to examine the different sides of a central idea or issue.

Two shows demonstrate the power of catharsis; first in joy, then in fear. Two shows examine the U.S. Presidency—the men who have held the office and those who rallied against him. And two shows explore faith and the best and worst of human behavior.

In addition to seeing the full-scale productions, come out to enjoy a few laughs with the Loudoun County-based improve comedy troupe Last Ham Standing’s performances scheduled throughout the year, and other live performances.

Each summer, NextStop offers Theatre Adventures programs, providing six weeks of educational programming for rising 1st-4th and 5th-9th graders with a focus on acting, imagination building and working together to create and mount actual productions. “This is something we couldn’t do with an all-volunteer staff,” Hoffmann said.

Other classes and education opportunities include Spring Break Theatre Adventures, Actor’s Academy, Theatre Funday Monday, and Winter Theatre Escapes. Youth over 16 and adults can each experience Audition Bootcamp and Introduction to Acting.

In addition to mounting four children’s shows each year, NextStop includes a company of local child actors mixed with its professional actors for the yearly holiday show. This December features The Wizard of Oz.

Since the theatre is not always in production, one way to support the community was to offer it during dark period to other community arts organizations. A recent call received 50 responses, and more than 20 local artists and groups were selected to use the performance space free of charge.

“Season ticket holders and donors are my favorite people in the world,” Hoffmann said. Since only about 50% of the theatre’s operating expenses are covered by ticket sales, the financial assistance of its donors is what keeps NextStop Theatre running. As a nonprofit, they are dependent on the community.

“It is important that we remove the barrier of cost, and be accessible to everyone in our community,” Hoffmann said. Ticket prices at NextStop are always affordable, especially when compared to shows in Washington D.C. Besides, you don’t have far to travel and parking is free.

For parents with small children, one performance per show is dedicated as Theatre Night Out for Parents. Bring the kids along for free; there’s no need to get a babysitter. NextStop’s educational program’s teaching artists meet the children and take them off for fun and theatre games during the show so the parents can enjoy the performance.

Adding to the enjoyment, NextStop offers a full-service cash bar with craft beers, sodas and wines, and wonderful snacks like Jody’s Popcorn and freshly-baked cookies—that can be taken into the theatre.

Join the company’s email list and follow it on FaceBook to score discounts, advance sales, last-minute ticket flash sales, and an occasional 50%-off deal, and be the first to know about special events.

Most seating is not reserved and in such a small space, there is not a bad view in the house. “And we’re as unpretentious as can be,” Hoffmann said. “We try to remove some of the formality and stuffiness as perceived as part of going to the theatre. After all, we’re in a converted warehouse.”

“Attending live theatre is life-changing; where else can you share the same space, the same experience, and the same breath as the actors?” asked Matthew Thompson, Managing Director. “You just can’t get that experience and empathy in other places today.”

Although the black box theatre is tidily tucked away in the rear of an industrial warehouse complex the company recently opened its new offices in the Herndon historic train depot station, and is actively working with the town on the eventual development of a new arts center and a new performance home in the downtown area.

Pictured at top: Catch Me If You Can

All photos credit: Lock and Company