Event raised $75,000 to send severely ill children and their families to Camp Sunshine

The 10th Virginia Polar Dip Freezin’ For a Reason held on February 4th at Lake Anne, Reston, was a success! Every year, the event raises funds to send children with life-threatening illnesses to Camp Sunshine in Casco, Maine.

Hundreds of brave folks jumped into the freezing waters of Lake Anne with one purpose: Send 40 local families to Camp Sunshine for a week.

Camp Sunshine provides programs free of charge for severely ill children and their families in a retreat-style camp, combining respite, recreation, and support.

Gail Toth, organizer and director of the event, said: “We have raised more than $623,000 in nine years, so now my goal is to eventually reach the million-dollar mark for Camp Sunshine.”

Toth originally became involved with Camp Sunshine after her daughter, Jennifer, was diagnosed with cancer when she was two and a half years old. Camp Sunshine proved to be a life-changing experience for her.

“We had such a great time the first time we went to Camp Sunshine,” Jennifer recalls. “I had a blast playing on the beach with other kids and in the tot lot. I think it was great for [my parents] to see me having fun at Camp while also getting support for themselves.”

Fortunately, Jennifer got well, but Toth and her family continued to volunteer for many years at Camp Sunshine. 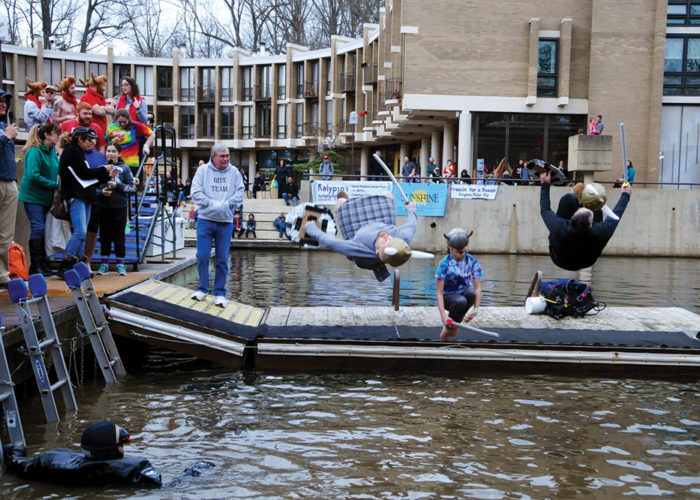 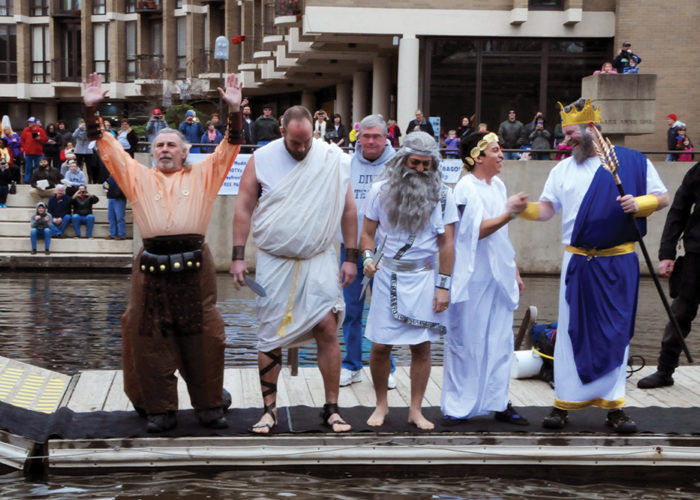 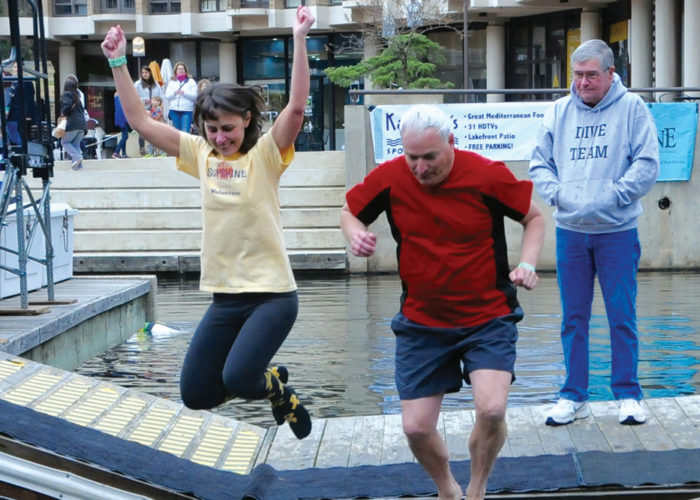 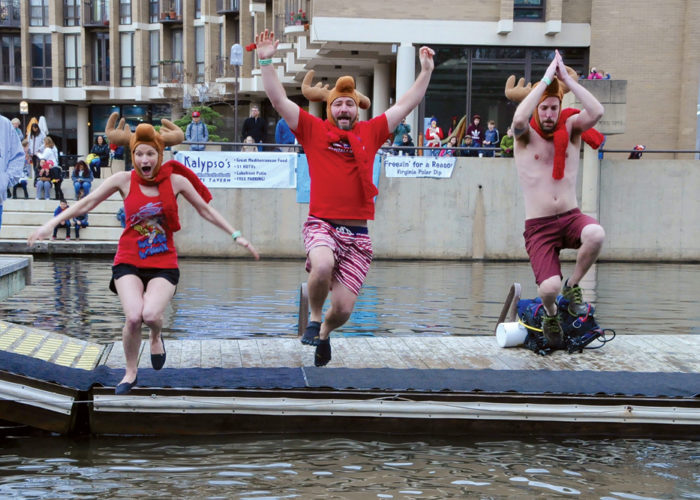 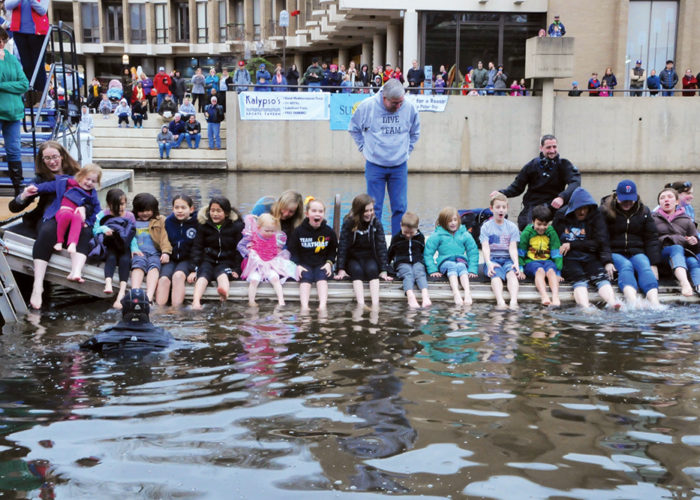 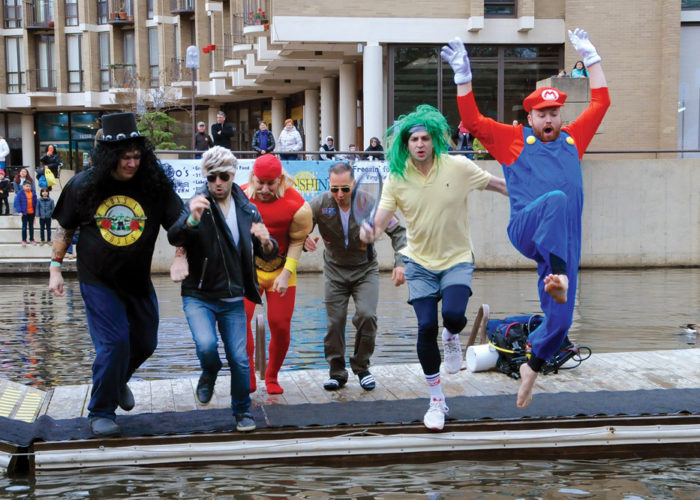 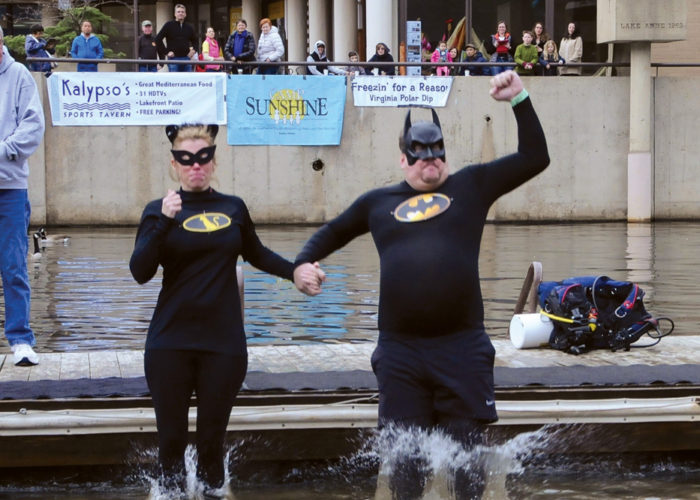 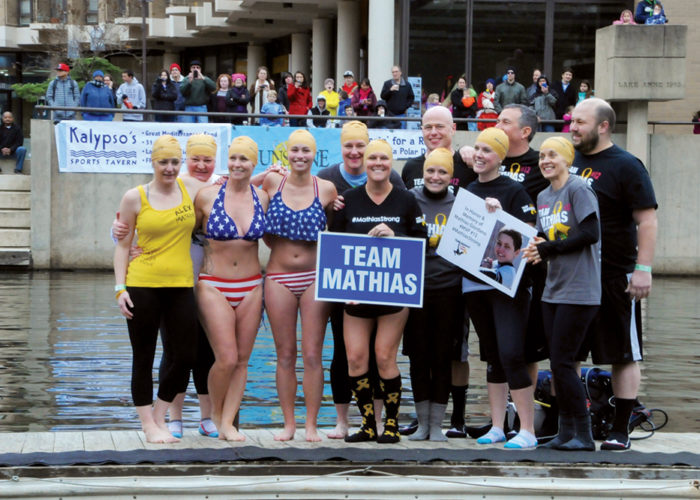 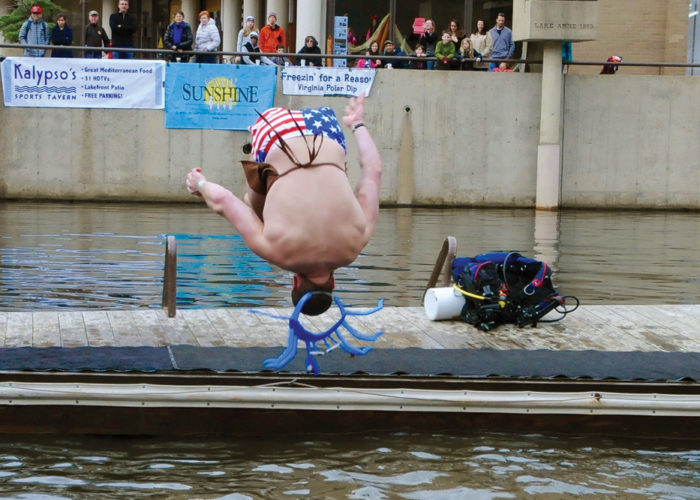 Camp Sunshine: A Hope to Live

Camp Sunshine was founded in 1984 by Larry and Anna Gould, who owned a resort in Maine.

“The Goulds had seen a story on television about a little boy who had cancer and had gone to a camp, and they thought ‘we can do that!’, so they started this camp and started hosting families,” explained Toth. “It was so well received and popular that they did it again, and they donated land [to] build a permanent facility right next door to the resort.

“Every week, Camp Sunshine brings in 40 families that have a similar diagnosis so that they’re with other families that know what they’re going through and understand,” she added. “It’s a year-round camp, and every session is geared toward a specific disease.”

In 2007, Toth felt the urge to host a local event that would help more families attend Camp Sunshine. The event participation has increased over the years with the first year consisting of 33 jumpers to 2017 consisting of over 200.

“The money we raise sends families from the Mid-Atlantic area to the camp, including from Virginia, West Virginia, Delaware, Pennsylvania, DC, Maryland, and North Carolina,” said Toth. “We expanded a few years ago because we raised more than enough money for families from the immediate Northern Virginia area, so now we strive to support the entire Mid-Atlantic region.”

“It’s really rewarding to be able to give back to Camp Sunshine because they helped our family so much, and knowing that we’re giving other families an opportunity to experience the camp is really meaningful for us,” said Toth’s daughter, Jennifer.

Jennifer and her sister, Julianna, always bring a large group of friends to the polar jump, while their dad, Bill, serves as emcee.

Today, Jennifer works as a pediatric oncology nurse at the Children’s Hospital of Philadelphia, where she was treated 20 years ago.

“It’s kind of a full circle experience coming back here as a nurse,” she says. “I love my job. It’s obviously incredibly difficult and there are really hard days, but it’s also just really rewarding to be able to work with amazing kids and their amazing families, and be able to support them through a really terrible experience and a really terrible time in their lives.”

Jennifer strives to make a positive impact on the children who are being treated, just as the nurses made a big impact on her.

“I see myself in a lot of my patients, especially the ones who are the same age I was when I was going through treatment,” she added. “I remember what a big impact the nurses had on me and my family, so it’s really cool to think that I may have a similar impact on them and their parents.”

Jump and have fun while helping kids

“The first thing we have is the Chicken Dip, so anyone who can’t do a full jump—whether they’re on the younger side or the older side or for health reasons—they can still participate by sitting on the dock and dipping their toes in the water, and then we start with the full jumps after that,” said Toth.

“It’s a really fun event,” she adds. “A lot of people come because they are drawn to the cause, and a lot of people come because they want to do something crazy and want to show their friends they can jump in a freezing cold lake … but whatever your reason for coming, it really is a great event. It’s tons of fun, so come watch and cheer us on—you’ll be glad you did!”

The event is held every year during February. For more information and to donate or to help, please visit www.freezinforareason.com