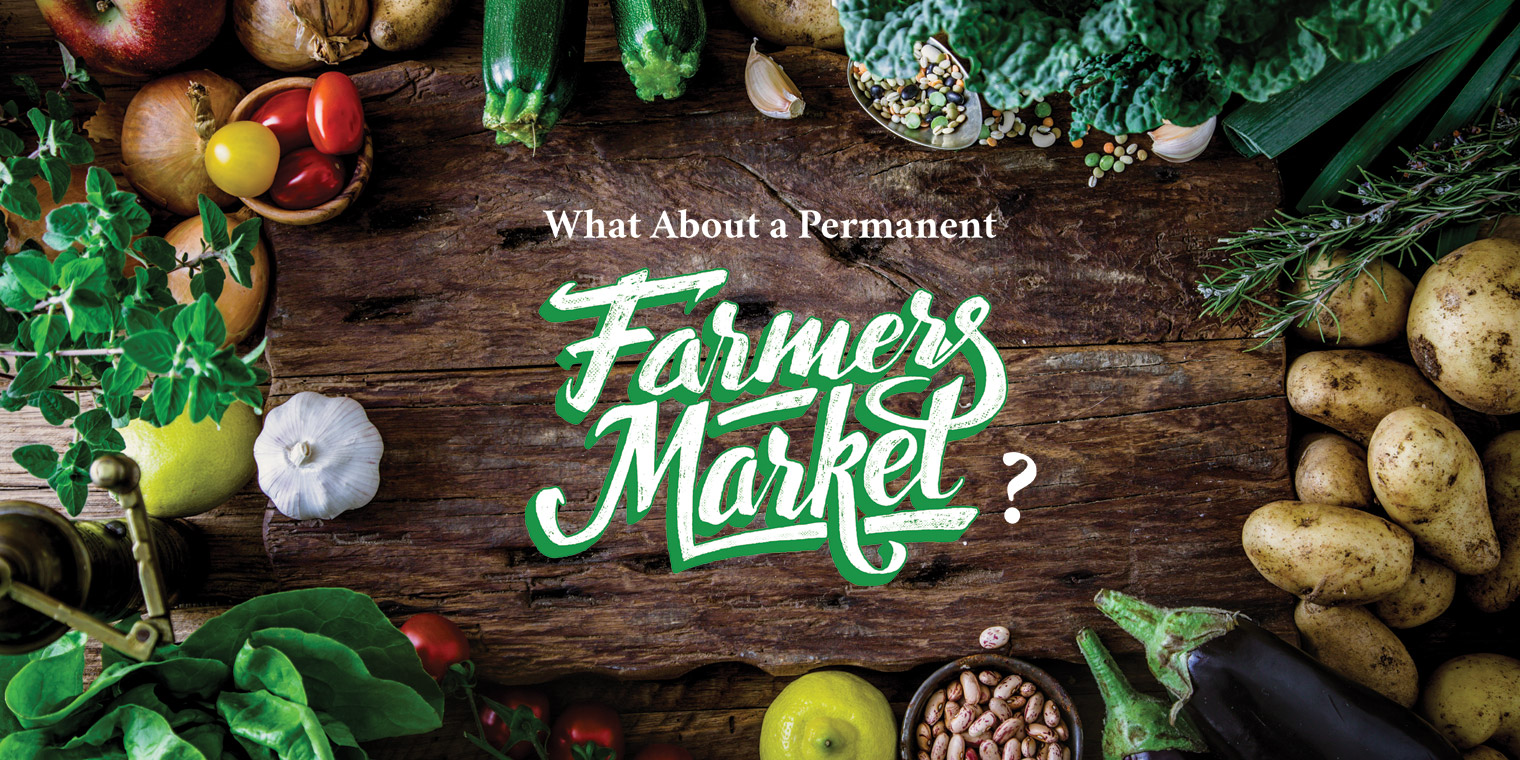 What About a Permanent Farmers Market?

On Saturday mornings between May and October, I often drive to the Reston (Virginia) Farmers Market, which is located at historic Lake Anne, about a mile from my front door. During the late fall and throughout winter months, however, the market is closed and I shop for fresh produce elsewhere.

According to John Lovaas, the original and current Market Master, the Lake Anne market officially opened in May 1998 and the number of vendors has grown from nine to 31, but going year round is just a dream for now.

“I would like to have it go year-round,” but he explained that without fresh vegetables and fruits there would likely be few customers when it snowed or the temperatures dropped into the single digits.

“There would be no more fresh apples, just baked goods and meats,” he noted, meaning that there would be less incentive for people to shop there and harder to keep the volunteers who operate it engaged. At the same time, he said, “there’s a lot of pressure to go year-round.

Plus, plans to find a more permanent, covered home for the market are on hold, although they were part of recent proposals to modernize Lake Anne.

Eve Thompson, secretary of the Reston Association Board of Directors, said that while redevelopment of Lake Anne is on hold, “things are moving forward” and she is hopeful that a design to make the market more permanent will be incorporated in any future proposals.

There are successful year-round farmers markets. The Ithaca, New York market is situated in a scenic park at the southern end of a 40-mile long lake. It is housed in a pavilion modeled after a 13th Century cathedral with a roof that covers the aisles in the shape of a cross. It has no sides, but when arctic winds blow straight through and when there’s little fresh produce to sell, the farmers, craftspeople, artists, candy makers, cooks and vintners offer other products that attract large crowds every weekend year round. Customers include students from Cornell and Ithaca College, city residents and tourists who visit either on foot, by bicycle, bus, car or boat.

Ithaca is an owner-operated cooperative, while the Reston Farmers Market is volunteer-run and sponsored by the Fairfax County Parks Authority. It has its own set of rules that currently dictate what types of products can be sold such as only fresh, locally grown vegetables or products that are made from scratch and contain local ingredients.

There is also competition from local supermarkets that offer tables with fruits or vegetables, often with hand-lettered signs to lend authenticity, claiming the limited produce you see is from this or that West Virginia or Pennsylvania farm. It’s hard to tell whether that’s true (some of those fruits have barely readable labels that say product of Chile or Mexico) and at Wegman’s, Giant, Trader Joe’s or Harris Teeter’s, the food displayed under fluorescent lights just doesn’t look the same. And, there are other important differences.

It is unlikely that you will see an elderly man in racing gear wheeling his bike through the aisles past the guy in a clown suit entertaining the kids. And, you will be less likely in a supermarket to pass by a truck where they make fragrant caramel corn or made-to-order ice cream. Or, bump into a neighbor.

“It’s a social event,” Lovaas noted. “You go to buy some tomatoes and lettuce, and end up talking with vendors and neighbors.”

At one tent I like to patronize at the Reston farmers market, there are usually young women behind the cash table. Not only do they share a natural beauty, they have calloused hands and dirt under their fingernails. They smile and engage shoppers in brief conversation with gracious ease. From the Pennsylvania farm whose name emblazons their t-shirts and truck, I imagine they wake up at dawn, milk the cows, feed the chickens and head off to the fields to pick the berries, pumpkins, grapes and melons now displayed under the tent.

Lovaas is sad that plans to have a prominent spot for the farmers market with a permanent cover were recently shelved. Perhaps future planners could take a page from Ithaca and create a year-round destination for both residents and visitors alike, preserving its sense of community and help to support Lake Anne’s struggling businesses. I know I would be a steady customer.

AUTHOR: Scott L. Parkin is a freelance writer who has lived in Reston since 1985.