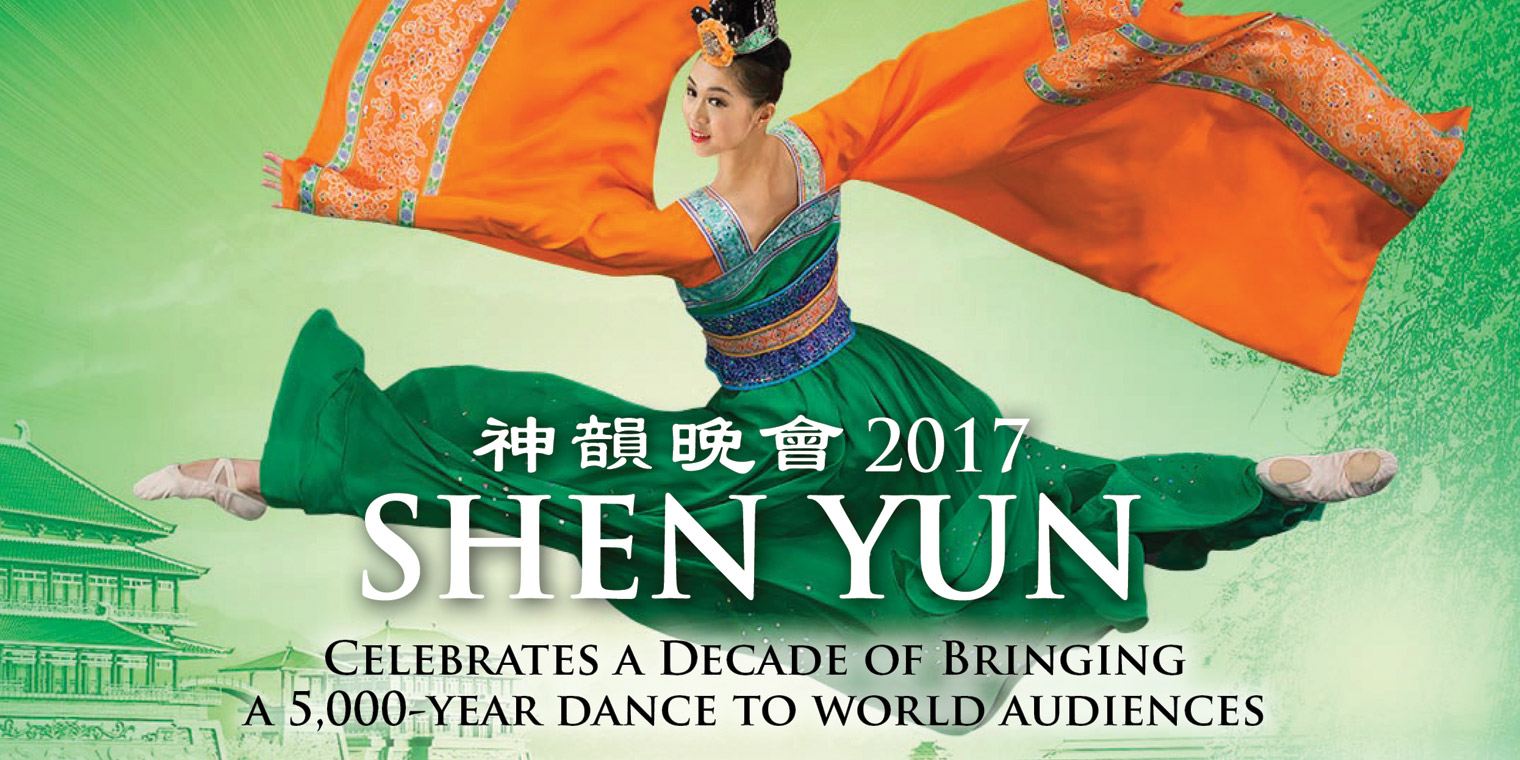 Shen Yun, the show that has captured the world’s admiration for its beautiful dance, inspiring music, and delightful choreography, is celebrating its tenth anniversary.

A group of classically trained Chinese artists—with a dream of reviving an almost lost culture and sharing it with the world–founded Shen Yun Performing Arts in New York in 2006. Each year, four groups from the arts company travel simultaneously, performing a variety of musical and dance talents in more than 100 different cities in almost 20 countries. While Shen Yun cannot be seen in today’s China, as the ancient culture is lost there, the non-profit organization brings it to millions across the globe.

The Art of Dance

Shen Yun is known for its classical Chinese dance, defined by wondrous flips, spins, and elegance. Chinese dance is regarded as one of the most dramatic and demanding in the world and, according to ancient proverbs, can take up to 440 years of hard work [from other people] for a dancer to perform one show. The Shen Yun dancers today do not take this lightly; more than 1,280 pairs of dance shoes are used on tour, along with 1,552 handmade costumes requiring under 10-second costume changes.

Thousands of years of honing the stylistic dance from generation to generation has shaped this distinct art form into today’s presentation. Much of Chinese dance is story-based, giving it the dramatic portrayal it is known for, and many of the dances seen in Chinese culture are actually inspired from generational tales.

Shen Yun dance also tends to focus on many different types of folk and ethnic dance that are specific to the groups within China and regions surrounding the country’s borders. They range from ancient Tibetan movements to Dai Village choreography, to Mongolian-based dance. While these dances are traditional in the Shen Yun style, they are not indicative of one culture. In fact, more than 16 languages are spoken on the tour bus, and 10 of these languages are heard on stage during a performance.

The Magic of the Shen Yun Orchestra

Once the gong is struck to announce the beginning of the show, you instantly know you’re in for a treat. The Shen Yun Orchestra magically combines distinctive Chinese music, rooted in spirit and beauty, with the power and magnificence of a Western symphony orchestra. Ancient Chinese instruments, such as the erhu and pipa, are spotlighted amongst the melody of typical Western strings, percussion, woodwinds, and brass. This distinct new sound makes for a memorable musical experience.

Hard work is as much a priority for the musicians as it is for the dancers in Shen Yun, and each violinist will play more than 1,253,000 notes in a single season.

Along with these unique melodies and instruments, vocal soloists inspire the crowd with their powerful songs. An integral part of the Shen Yun experience, the bel canto soloists help elevate each performance with selections of influential ballads. These artists give a voice to help the audience members shape and understand the Chinese culture that has been molded for centuries.

Shen Yun Performing Arts will be coming to the Kennedy Center from January 17 to January 22, 2017, at a variety of times. A typical performance lasts two hours and 15 minutes, including an intermission. Ticket prices range from $70 to $250, depending on seat location. Shen Yun performances are created for a general audience, although is not recommended for those under the age of 5. Opera or ballet performance attire is recommended. For more information and to purchase tickets, please visit www.shenyunperformingarts.org/washington-dc.

1,253,000: notes played by a single violinist over the course of the season

3,184: times the gong has been struck during performances

1,710: times a costume change had to be executed in under 10 seconds

472: number of times a principal dancer threw a prop on stage (purposefully)

99: miles more than the Earth’s circumference traveled by bus

24.7: miles traveled by piano during performances

30: average times a performer checked into a hotel

137: number of birthdays on tour

1,936,000: total pounds lifted manually while loading and unloading the truck over the course of a season

6,120,000: kicks performed by dancers during their basic warm up routines

492: flips performed by one principal dancer in a season

360: 360° sideways somersaults, or butterfly twists, performed by another principal dancer

0: number of sick days taken by a principal dancer