Poets and Painters Collaboration at the Reston Art Gallery

The big “Poets and Painters Collaboration” is taking place during January and February, with eight visual artists from Reston Art Gallery teaming up to work in different disciplines with eight poets, who are being selected by Mike Maggio, vice president of the Northern Virginia Poetry Society.

Original music has been created by local composers Brian Scarbrough and Jesse Guessford, to accompany the event in response to the works of art.

The music will be performed by the string students from Herndon High School, Karim Maggio, Mary Ogborn, Michelle Tran and Sarah Przybysz, under the direction of Bette Gawinsksi, the orchestra director at Herndon Middle School.

The opening reception at RAGS will be held on Sunday, January 22, from 2pm to 4pm, and the exhibit will be open January 20 to February 21.

After the show at RAGS, the works will travel to ArtSpace Herndon, where they will be on display February 21–26. Next, the Waddell Gallery, located on the Loudoun campus of Northern Virginia Community College, will host the artworks as part of the Northern Virginia Poetry Society’s Annual Conference on March 25. 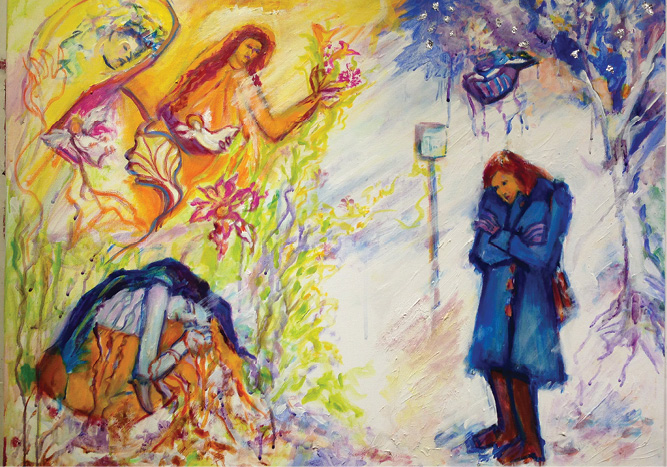