Poetry, Painting and Music Joined Together at the Reston Art Gallery

On January 22, 2017, the Reston Art Gallery and Studios (RAGS), located at Lake Anne Plaza, held its opening reception of the most anticipated “Poets and Painters” collaboration exhibit. Artists from RAGS joined poets from the Northern Region of the Poetry Society of Virginia to create masterpieces that integrate visual and literary arts. At the reception, original music was performed by string students from Herndon High School. 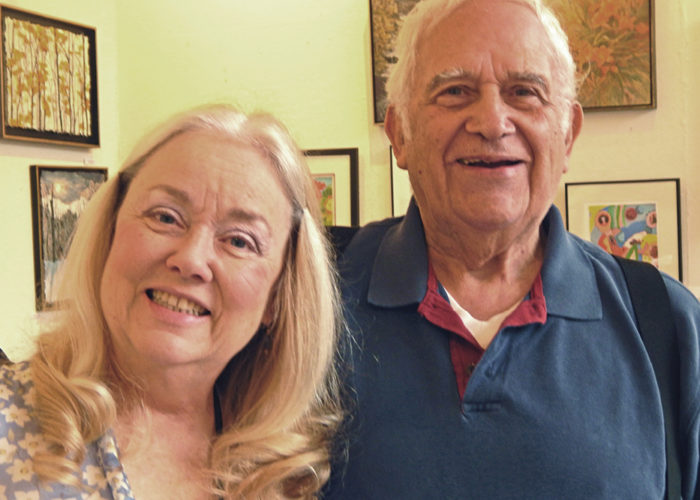 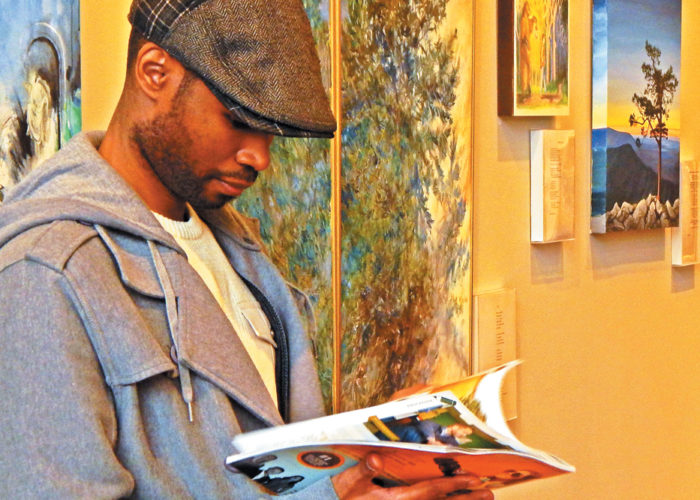 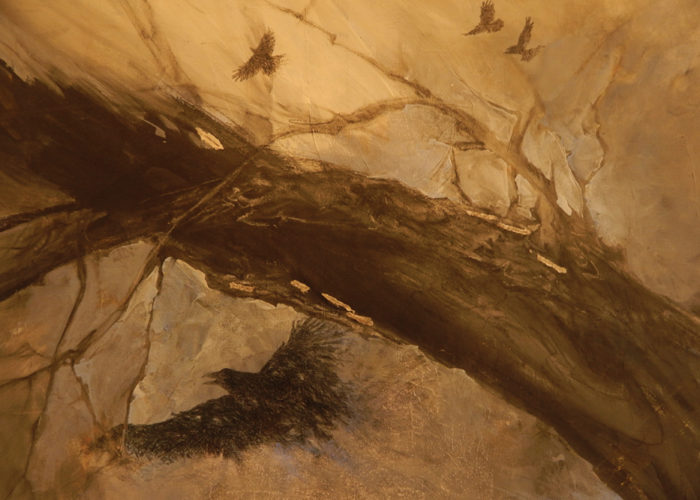 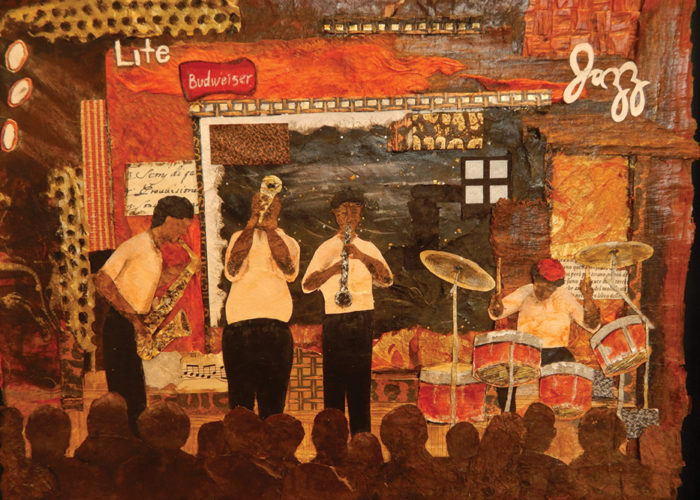 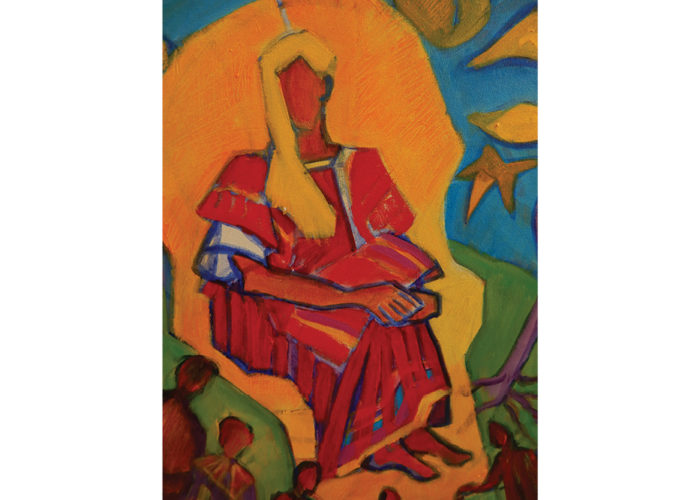 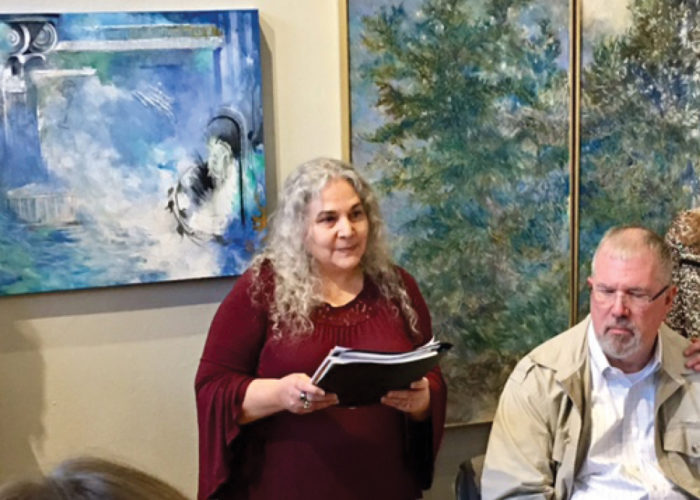 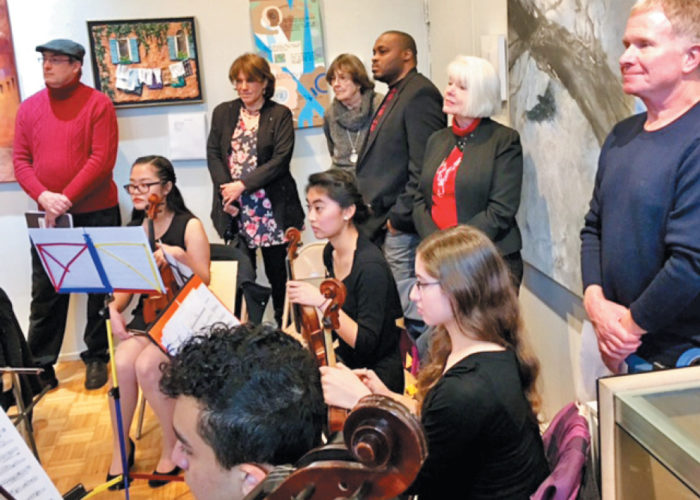 “As independent-minded as artists and poets are, the collaboration was extremely rewarding and led to unique works of art, some with the words actually incorporated into the paintings as calligraphy or collage,” said Macintyre.

Mike Maggio, vice president of the Poetry Society of Virginia–Northern Region, organized the event, working alongside Macintyre and the musicians. “I was not supposed to be one of the poets,” he said. “I was the organizer, so my creativity was in putting this together and then helping out when needed. I did step in at the last minute as a poet when one of our poets had to drop out.”

“What made this event unique was the addition of original music interpreting the poems and the artwork, as well as amazing new compositions performed by wonderful young musicians,” said Macintyre.

Local composers Brian Scarbrough and Jesse Guessford created original music for the event, and it was performed by Herndon Middle School students: Sarah Przybysz, Michelle Tran, Christina Ngo, Mary Ogborn, and Karim Maggio, under the direction of Bette Gawinsksi, the orchestra director at the school.

“My favorite part of all of this was when I walked into the gallery the day before to work with the musicians,” said Maggio. “Being in that space with all of the artwork and the poems on the walls and then listening to the music was just very uplifting. Putting it all together and watching it grow was a very rewarding, almost spiritual, experience.”

Two years ago, Maggio organized another collaborative exhibit of artists, poets, actors, and musicians, called “Cloudism,” at the now-defunct Soundry in Vienna. The exhibit was later featured at the Capital Fringe Fest, next becoming an interactive gallery exhibit at Waddell Gallery at Northern Virginia Community College, Loudoun campus.

After RAGS, the “Poets and Painters” collaboration exhibit was displayed at ArtSpace Herndon and can currently be enjoyed at the Waddell Gallery, Virginia Community College, as part of the Poetry Society of Virginia–Northern Region’s Poetry Festival, which will be held on March 25.