Greater Reston Arts Center (GRACE) presents Overlooked, a group exhibition featuring nine artists who are seeking to bring awareness to issues that are often unnoticed, ignored, or otherwise not part of “polite conversation,” on view July 13–August 31, 2019 at the gallery located at the Reston Town Center. The exhibition is curated by GRACE Associate Curator and Festival Director Erica Harrison and Executive Director and Curator Lily Siegel. An artist talk (4pm) and opening reception (5–7pm) will held on July 13.

The participating artists are Leila Abdelrazaq, Lorenzo Cardim, Larry W. Cook, Leigh Davis, Helina Metaferia, Matt Storm, Julie Wolfe, Homie House Press, and Red Sand Project. These artists are not necessarily proposing solutions to society’s ills but are alternatively offering an opportunity for the viewer to engage in compassion, empathy, critical reflection, and even healing. Instead of offering a comprehensive exhibition of hot-button issues, Overlooked turns to the artists in our community and beyond to bring awareness to subjects that are important to their lives. Leila Abdelrazaq is a Palestinian author and artist born in Chicago and currently living in Detroit. Her debut graphic novel, Baddawi (Just World Books 2015) was shortlisted for the 2015 Palestine Book Awards and has been translated into three languages. She is also the author and Illustrator of The Opening (Tosh Fesh, 2017) as well as a number of zines and short comics. Overlooked will feature her short animated film Still Birth (2018), which was originally commissioned for the 2018 Palestinian Young Artist of the Year Awards exhibition. She received a BFA in Theatre Arts and a BA in Arabic Studies from DePaul University, and is currently pursuing an MA in Modern Middle Eastern & North African Studies at the University of Michigan. 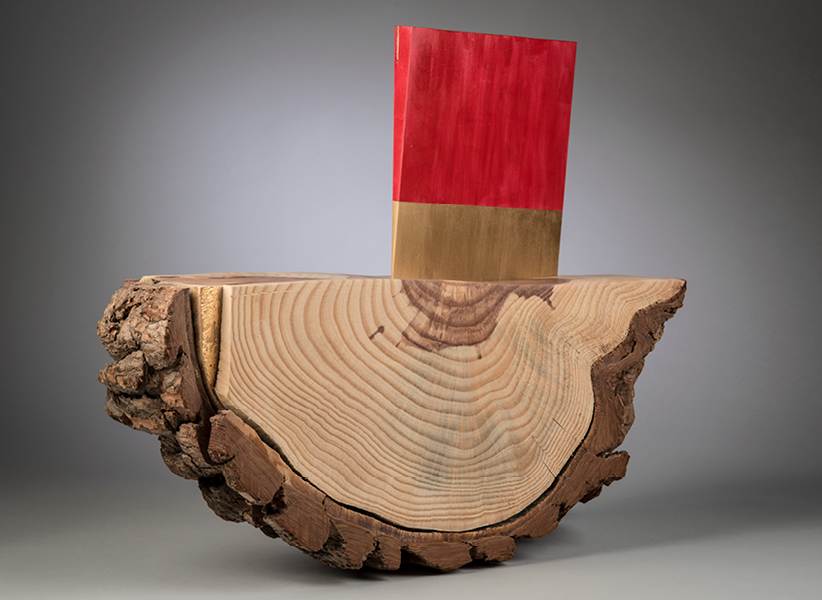 Lorenzo Cardim, Brazilian Woman–See You On the Other Side, 2017
Image courtesy of the artist

Lorenzo Cardim’s multi-media practice is a commitment to making work that questions social and political structures. His works express themes of social injustice through sculpture, video, and performance. His work looks at how society perceives those who exist outside culturally dominant norms. Specifically, he is interested in how queers, people of color, and other minority groups question the status quo. Cardim was born in Brazil. His work has been featured nationally and internationally in museums, galleries, universities, and film festivals in San Francisco, Oakland, Washington, D.C., Virginia, Maryland, New York, and Milan. He received a BFA in Fine Arts from the Corcoran College of Art + Design and an MFA from California College of the Arts. 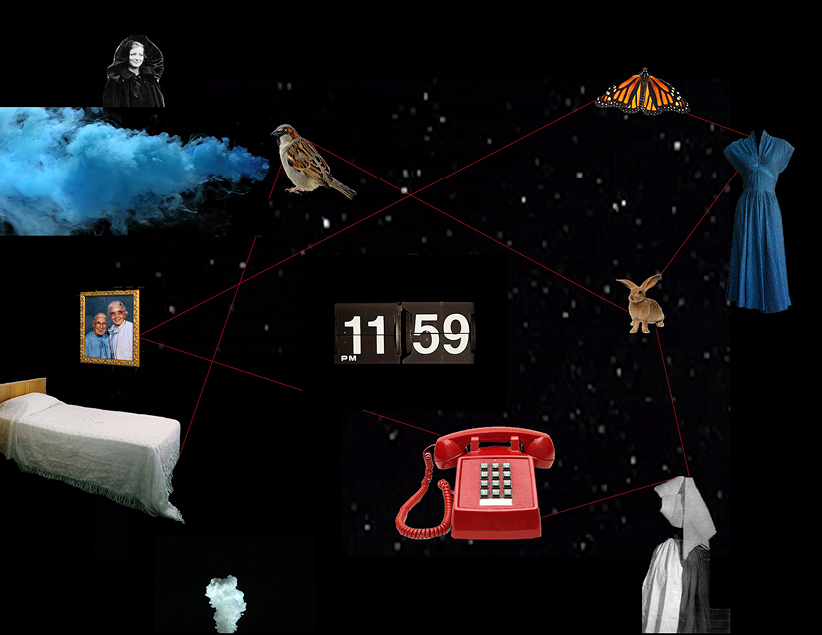 Leigh Davis, still from Inquiry Into the ELE, 2016–2019
Image courtesy of the artist

Leigh Davis creates multimedia work that is both deeply personal and anthropologically rich, navigating the complex line between voyeurism and empathy. Her work is designed to foster connection between viewers and community members, encouraging conversation about the aspects of humanity that keep us apart and bring us together. She has exhibited at Maryland Institute College of Art; Arlington Arts Center; California College of the Arts; and Dumbo Arts Center in Brooklyn, NY. Davis teaches courses at Parsons the New School for Design and works between Brooklyn, New York, and Washington, DC. She holds a BFA in Photography from Savannah College of Art and Design and an MFA in Photography from Concordia University. 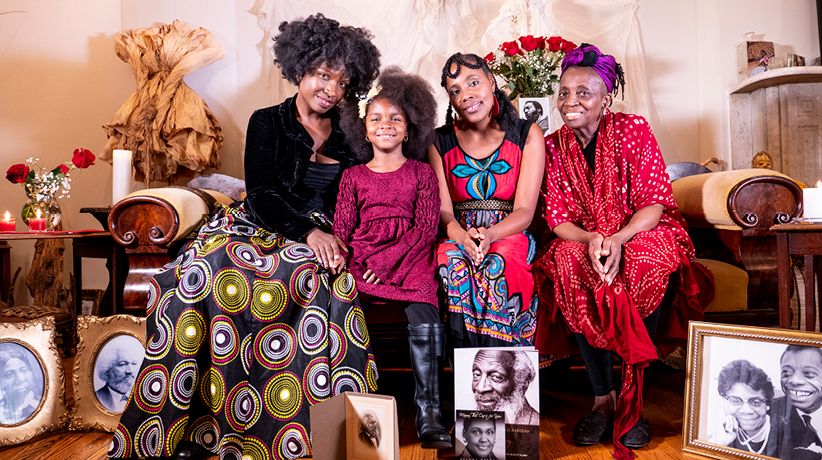 Helina Metaferia, still from The Call, 2019
Image courtesy of the artist

Helina Metaferia is an interdisciplinary artist working in performance, video, installation, and collage. A large part of her creative inquiry is devoted to asserting the black body into sites of systemic oppression — including institutional spaces, art history, gentrified communities, or land marked by historic trauma. She has exhibited her work at venues including Museum of African Diaspora; Museum of Fine Arts in Boston; and Museum of Contemporary Art Detroit. She has taught in the BFA and MFA programs at the San Francisco Art Institute, Michigan State University, and Parsons Fine Arts. She is currently an Andrew W. Mellon Gateway Fellow / Assistant Professor at Brown University and lives and works in New York City. Helina holds an MFA from Tufts University’s School of the Museum of Fine Arts. 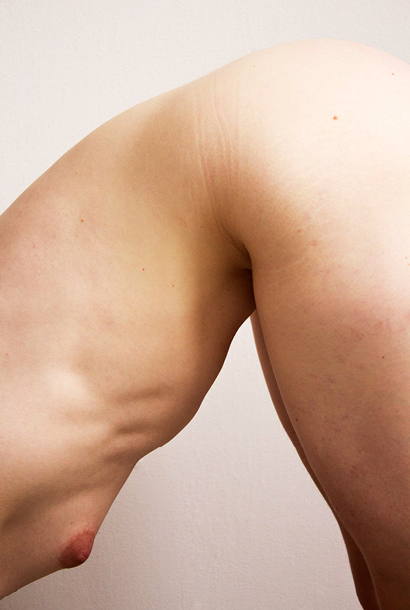 Matt Storm is a photo-based artist, making photographs, performances, installations and sculptures in Washington, D.C. Storm’s work engages with the theme of identity, and the question “who are we, and how do we know?” He approaches this question through self-portraiture, and visual topics including transgender and queer issues, family, and community. His work has been exhibited in solo and group shows in Illinois, Maryland, Massachusetts, New Hampshire, New Jersey, New York, Oregon, Vermont, and Washington, D.C. Storm serves on the leadership team of the LGBTQ Caucus of the Society for Photographic Education. He holds a BA in Studio Art, and East Asian Studies from Dartmouth College. 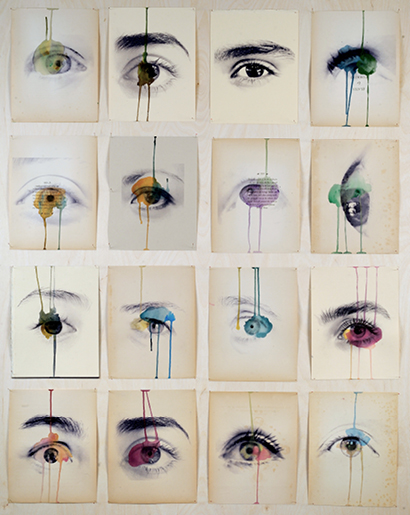 Julie Wolfe is a visual and conceptual artist living and working in Washington D.C. Her work is conceived by harvesting data, discarded objects and images that create a new narrative in the context of ecological environment and social / cultural evolution. Wolfe’s work is featured in institutions and collections internationally and has been reviewed in ARTnews, BBC American and Hyperallergic. Her work has been exhibited at Hemphill Fine Arts; The American University; Washington Project for the Arts; and Kunstraum Tapir in Berlin, Germany. She holds a BFA in Painting and Art History from The University of Texas. 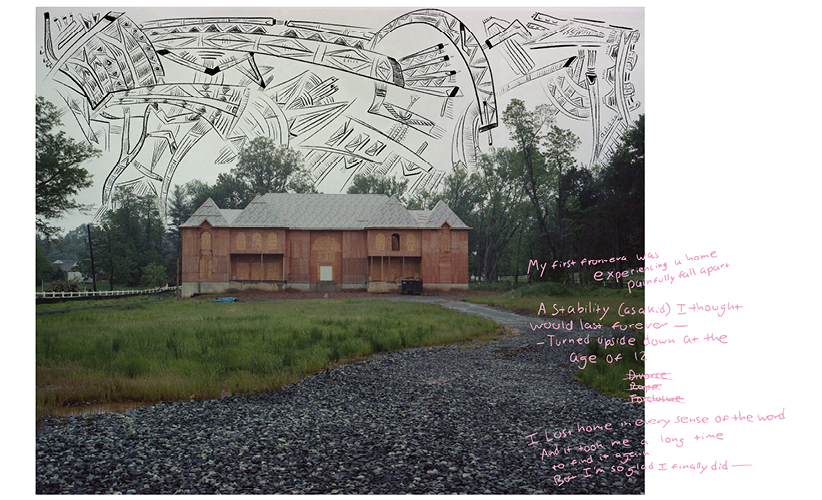 Homie House Press was founded by Adriana Monsalve and Caterina Ragg and is a skeleton bones crew of femmes creating and publishing in the photo book medium. They are photographers, book makers, and educators holding space for and with QTPOC artists and other underrepresented communities. Homie House Press are storytellers and visual communicators that produces in-depth stories on identity through the nuances in between.

Red Sand Project is a participatory artwork created by Molly Gochman that uses sidewalk interventions and earthwork installations to create opportunities for people to question, connect, and take action against vulnerabilities that can lead to human trafficking and exploitation. Participatory actions have taken place in all 50 states and in 70 countries around the world.

Free and open to the public

August 24, noon–3pm
Free and open to the public