Jewels of the Sea: Oysters on the Menu

If you think that oysters are only available in months with an “R” in their name, then I’ve got some news for you. While I was holding onto this lore, the world of oysters changed a lot. Today, oysters are being harvested and enjoyed by local diners nearly every month of the year. That’s because of an active farming effort that cultivates these beautiful bivalves year-round right here in the great state of Virginia.

“The demand for oysters has gone up,” says Bryan Crosswhite of French Quarter Brasserie. “It used to be we only had them during their season, but now you can get fresh oysters year round.” Crosswhite is sourcing his oysters from the Chesapeake Bay. “That’s what has changed. Companies out of Reedville, Virginia and Tangier Island are notably increasing production and supplying superb oysters to French Quarter Brasserie. For years these companies were fishing and crabbing, but now they’ve launched into oyster farming. 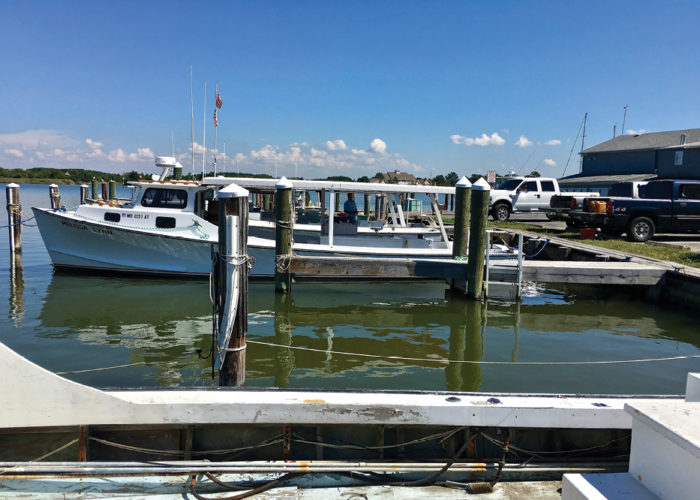 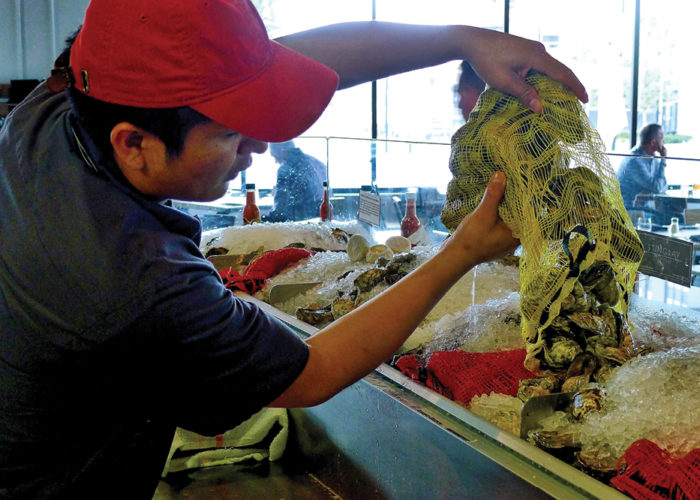 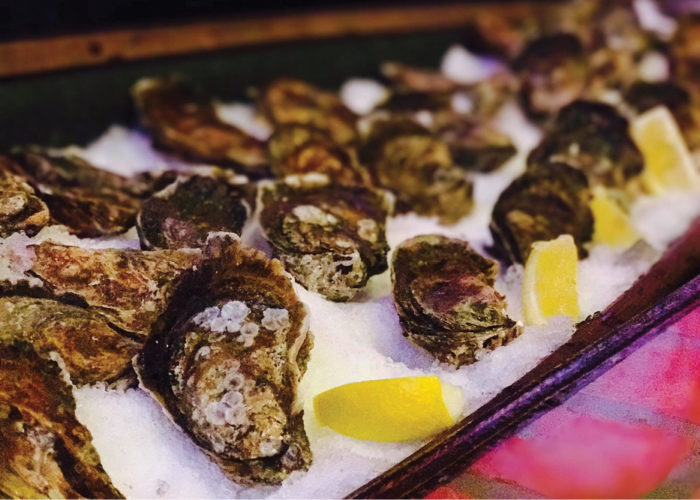 During the 20th century, oysters suffered from polluted water and waterfront development, but efforts to clean up the Bay has helped to restore Virginia’s seafood business. Now, Virginia’s tourism bureau says Virginia is “The Oyster Capital of the East Coast,” because Chesapeake Bay oysters have near perfect growing conditions—salty Atlantic Ocean water mixed with freshwater rivers like the Rappahanock. Along with low population in some regions, Virginia oysters can grow uninhibited.

Another change: the oyster farmers aren’t gathering them from the bottom anymore. “They insert seed oysters in a mesh cage, and then float the cages on the surface of the bay,” explains Crosswhite. This changes oysters from a bottom feeder to creatures that are easy to pluck from the sea. They’re still providing the same service while floating—removing nitrogen and carbon improving water clarity and quality, but now they’re in a protected environment in a process called upwelling.

Bryan and many other restauranteurs are making oysters the star of their menus, and the demand continues to increase for fresh oysters all over the District of Columbia, Maryland, and Virginia (DMV). Thanks to a growing passion for oysters that are fried, fresh, and broiled, the Virginia Oyster Trail was developed by Virginia Tourism. There are eight regions that comprise the Trail. These stretch from the Lower Chesapeake Bay near Virginia Beach and north to Chincoteague Island. In between are hatheries in Cape Charles, Hayes, and Wicimico. A great resource for learning about local oysters is on the Virginia Oyster Trail website. It explains the new technologies used to farm oysters, describes the different types of oysters, and offers tourists the opportunity to visit the watermen in their native habitat.

The traditional waterman culture has existed in our region since the first settlers arrived from England. As independent fishermen, they operate their own boats and sell their catch to wholesale seafood houses. While these watermen have been fishing and crabbing for centuries, today, some are turning to the cultivation and harvesting of oysters too.

Local oysters taste different depending on where they’re harvested, but they have one thing in common, they are all the same species. The Crassostrea Virginica are the species of oyster found in the Mid-Atlantic, but there are eight different coastal habitats that impact the taste, texture, and appearance of the oysters on the Virginia Easterm Shore. Some are salty, some are especially creamy, and others are described as sweet. You can taste these differences when you eat oysters raw served with vinegar, lemon juice, or cocktail sauce. They’re also steamed, grilled, and many people love them fried like an oyster Po’Boy sandwich. Founding Farmers is a great place to eat oysters. The Tysons restaurant serves them four ways—raw; as oyster shooters in a glass with alcohol partners like vodka, gin, and tequila; baked with toppings like garlic romano and tomato relish; and fried with corn and avocado.

At Brine in the Mosaic District, oysters live in a showcase full of ice.