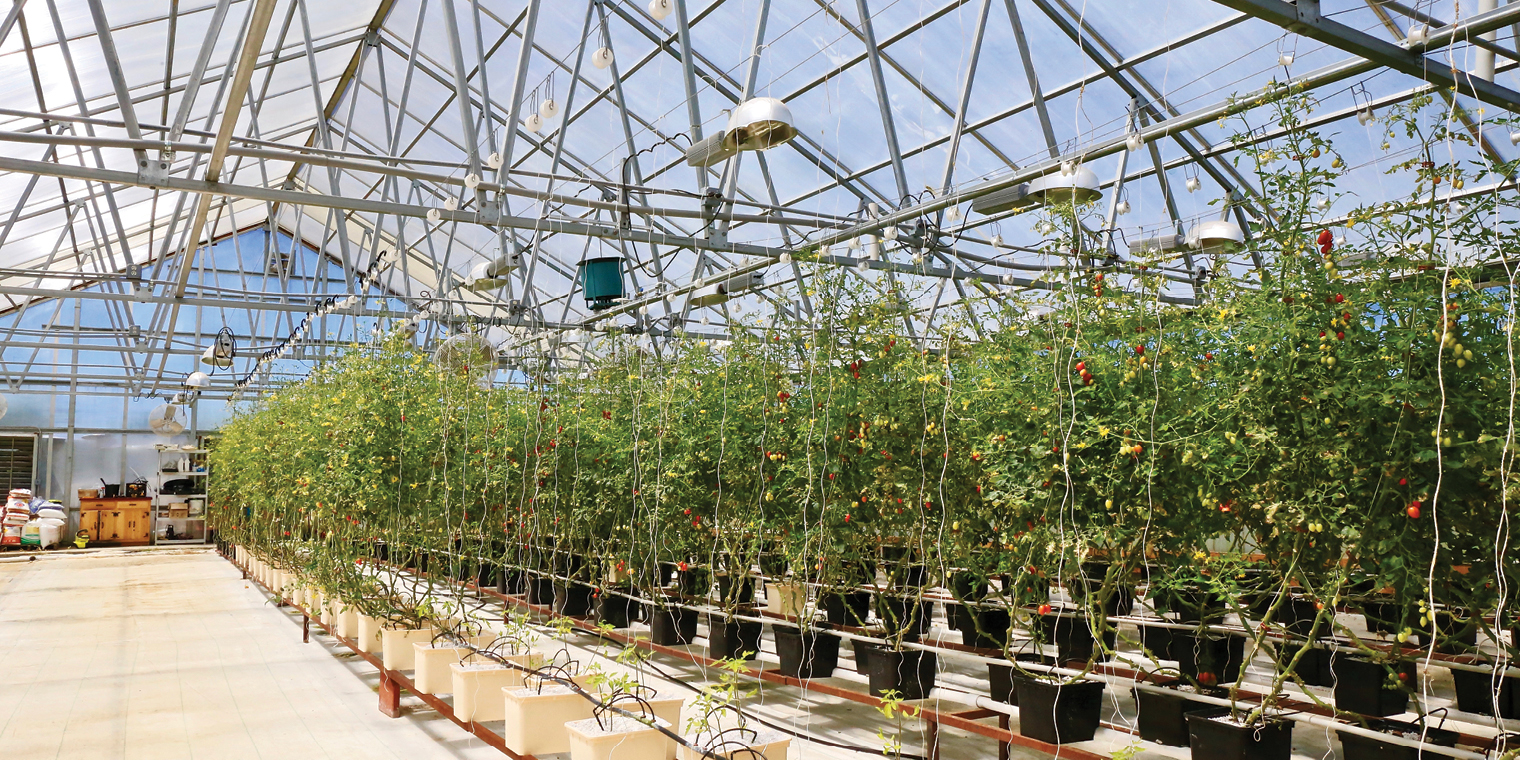 Virginia has a long history of leadership. Consider America’s Founding Fathers—seven men from Virginia signed the Declaration of Independence. Here, in a state full of trailblazers, there’s a new revolution going on, and it’s happening on a small farm in Loudoun County. This homestead existed long before our country’s first Independence Day, and now it’s in the process of developing the sweet taste of the future. This is what I learned at CEA Farms, an operation where novel ideas could solve some the world’s most pressing problems.

“I’m trying to get people to change the way they think about food,” says Don Virts, owner of CEA Farms in Hillsboro, Virginia. The pastoral landscape that surrounds Virts’ farm lies alongside Route 9, formerly a wagon trail running through a gap in the hills of Western Loudoun County.

Hillsboro is a progressive community that was founded in the 1730’s by Germans and Quakers seeking religious freedom and fertile land. Virts’ ancestors began their family farm in Hillsboro in the 1760’s. Two centuries later, Virts sustained the family legacy by working in the fields. After he inherited the land with his brother, Virts built a greenhouse and helped his nephew launch a cattle farm.

One year ago, Virts and his family opened a market and café to showcase his produce and his nephew’s meat. At Virts Family Farms market, you can buy local products and order an “All-Loudoun Burger” consisting of beef, onion, lettuce and tomato. The produce comes from Virts’ greenhouse and the meat from the family’s ranch. The taste of these hamburgers is of pure beef, no seasoning or condiments required.

At first glance, this operation may not look groundbreaking, but behind the rustic facade, there’s a rebellion going on. Inside Virts’ greenhouse, he employs experimental farming technology, like designer fertilizers, solar-sourced energy and innovative water filtration systems.

“I want to grow my crops in a controlled environment,” says Virts. “I want to grow those crops year-round, so I’ll have tomatoes in January and February. I want to do it using no chemicals. I will recycle every bit of water we use, and manufacture my own water. All of this is going to run on renewable energy.”

Take a walk through the CEA Farms’ white-tented greenhouse where rows of lettuce, tomatoes, microgreens, onions and cucumbers are harvested year-round. Virts welcomes visitors and hosts regular tours. I first visited CEA Farms on a cold December day, enjoying the bright warmth inside the greenhouse. Virts pulled two heads of immaculate butterhead lettuce out of his growing flats to take home to my family. 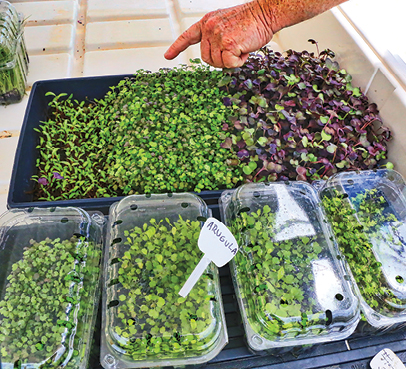 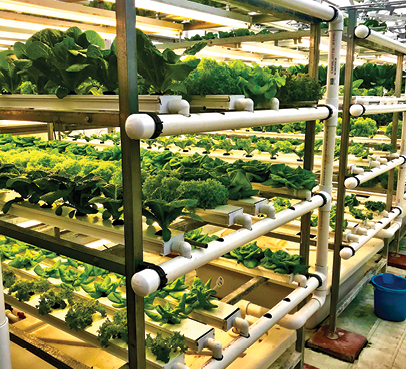 “Look at this lettuce,” Virts points. “See how clean it is? No dirt, no grit, no acid rain fell on it, no animals running through it, no birds flying over. You can eat right from here. You don’t have to wash it. I’ve got spicy arugula, radish, char and onion microgreens. Restaurants buy the flat with all the varieties. The microgreens grow on burlap, so there’s no dirt. If you keep this burlap moist by watering it once a day, and there’s no waste. It continues to grow even after you deliver it.”

Five tech companies are investing in Virts’ greenhouse. One is supplying an atmospheric water generator to reduce humidity levels, to lessen the need for fungicides. Virts’ humidifier system recycles atmospheric moisture he’ll use to water his plants. Along with rain water, he processes this recycled water with one-hundred-percent renewable energies, without the use of chemicals.

Virts is also manufacturing nitrogen fertilizer designed for his unique greenhouse environment. He’s running tests in the greenhouse with plots outside in the hay and corn fields to see how it does side-by-side. “The potential is unbelievable,” Virts tells me. “We will produce our own fertilizer and raise our own food, with no carbon fuels used at all.”

Virts’ vision is to install greenhouses on rooftops of buildings and inside communities. Virts explains. “I want to grow food where the people are. I’ve talked to developers and said, your clubhouse and pool is used a tenth of the year, why not build a greenhouse and create a sustainable community?”

Some governments are listening. From Purcellville to Lebanon, people are intrigued by Virts’ greenhouse and its potential to grow food inside neighborhoods, even those challenged by water access. Tech companies have asked him to go global, but Virts thinks there’s enough business in the Washington DC Area to keep perfecting his concepts. Recently, data companies discussed building greenhouses on the roofs of their building with him. The enormous quantity of water they use can be recycled and used safely on his plants.

Virts is installing a solar collector that requires minimal land: “I can put this thing in my front yard and not obstruct the view. It’s actually pretty. It’s round; they call it a smart flower. When the sun goes down, the solar panels close in a circular fashion. In the morning, the panels open and track the sun. It’s very efficient and uses a small footprint.” 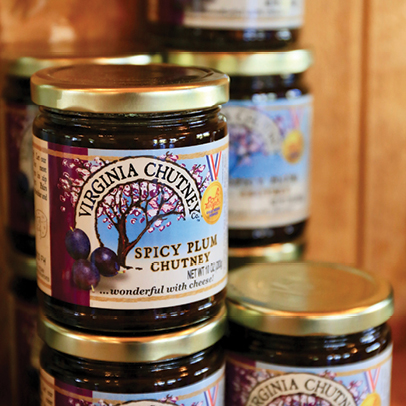 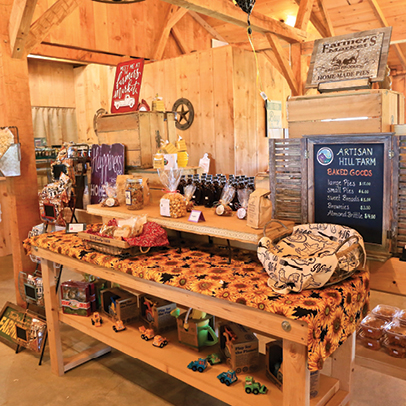 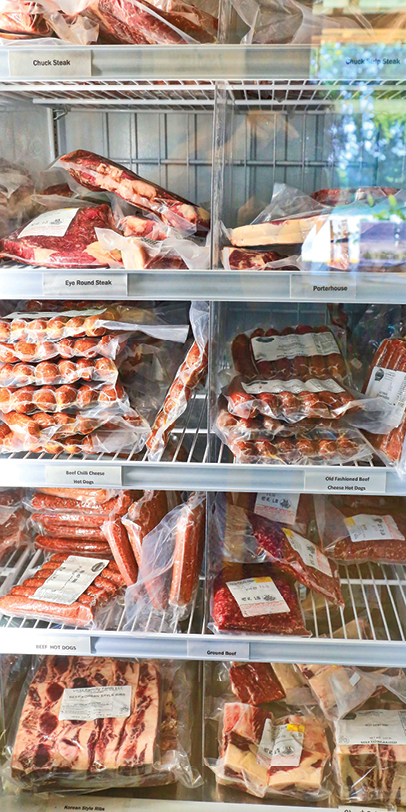 Virts’ sister-in-law Linda owns and runs the Virts Family Farms market. This pioneering family loves supporting their fellow farmers, so every product is made or manufactured in Virginia. “Our chicken comes from Joel Johnson’s family farm in Purcellville. We sell eggs by Happy Chicks from Waterford, Virginia. We have salsa using my tomatoes. There’s local lamb from Hamilton, and on Thursdays, a neighborhood baker brings in pies, cakes and granola. The coffee is roasted in Lucketts.”

At Virts Family Farm, you’ll be impressed by this small-town farmer’s impact on his community, but imagine what these greenhouses could mean to the growing demand for food using methods that won’t harm the environment. Virts says he’s witnessed global warming personally by watching his pond. It used to freeze hard every year, but now, it’s never long enough to skate or play.

Currently, Virts supplies the Loudoun Conference Center and Ford’s Fish Shack with his produce, including CEA Farms’ robust and flavorful microgreens. He will need additional greenhouses as the demand for his products grows. I’ve no doubt he will see his vision through. “It’s getting back to the way my forefathers got their food. They grew it, or it came from a neighbor,” says Virts. “With modern science and technology, we can have fresh, chemical-free food with a very small carbon footprint every day of the year.” Aug 07, 2022 / Comments Off on The Magical Calming of Books: Reston’s Used Book Shop Ava Music School: Bringing Music to the Lives of Students

Mar 27, 2022 / Comments Off on Ava Music School: Bringing Music to the Lives of Students