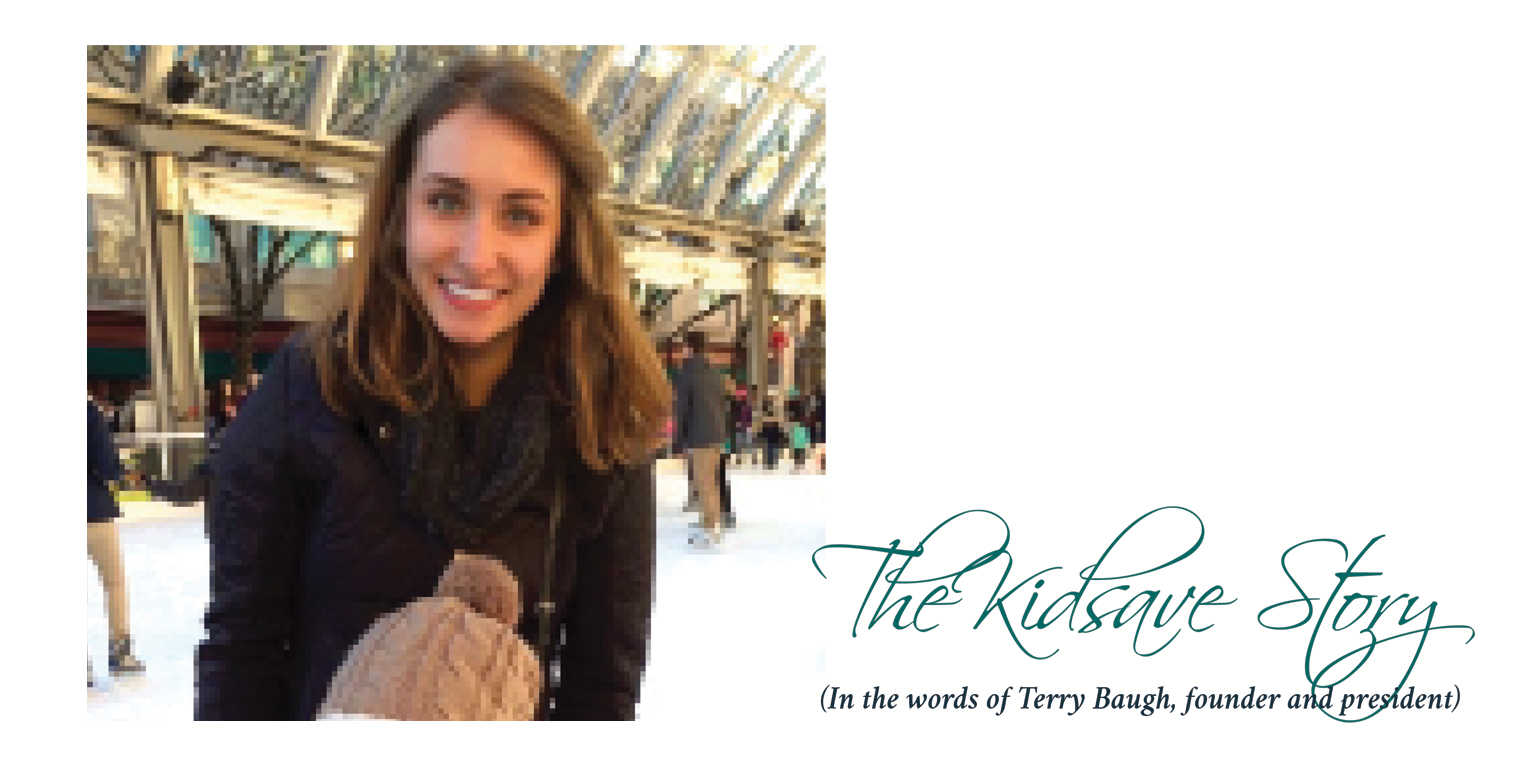 (In the words of Terry Baugh, founder and president)

A Kidsave Reston Success Story
Photos at left (from top to bottom) Katya and Julia.
When Katya and Julia arrived to the US for the first time. (Airport) Julia is in yellow.
Julia and her kids at the town center for a “kid” event/show.
The whole family at Julia’s sister graduation. Left to right. Parents Raul and Ana Ramos, and their daughters Melissa, Diana, Julia, and Katya.

[BACKGROUND NOTE:] In 1993, Washington, D.C. marketing communications manager Terry Baugh traveled to Russia to adopt a child. She was not prepared for what she saw. The orphanage was a huge, cold institution with an insufficient number of caregivers for all of the children. Children with shaved heads were sitting in playpens with no toys and no stimulation. The caregivers meant well, but there were so few of them for so many children. For months after her return home, Terry could not get their faces out of her mind.]

In 1997, Randi (Thompson, at the Porter-Novelli Agency) and I founded Kidsave, a nonprofit organization whose mission is to create change so older, often forgotten, orphanage and foster kids grow up in families and connected to caring adults.

Since we couldn’t find any established organizations that were doing this work at the time, we decided to start our own. We knew nothing about running a charity, but we had a strong desire to create change. Still, we seemed to be putting people to sleep when we tried to get them to care about the plight of older orphans.

Then we heard about a program that had given 13 children from foreign orphanages summer vacations in the US. Bill Novelli, my old boss, always said it didn’t matter if you had an original idea or applied someone else’s. We used our marketing skills to scale up that summer vacation idea, with the goal to build awareness and help more children find adoptive families.

In the summer of 1999, Kidsave gave 177 older orphanage children summer vacations in the US—97% of these children were adopted by their American host families. It was a miracle for these children and a confirmation of our work for Randi and me. It goes beyond marketing to human nature. When a family meets a child in need, many fall in love and are compelled to help. They, like us, become passionate.

Our mission is to create global change—we work in Russia, Colombia, and Sierra Leone to help governments and child welfare professionals use the Family Visit Model and other mentoring programs to place their own orphans into their local families. Over the years, we believe our trainings and programs all around the world have helped about 15,000 children connect to committed parents and caring adults.

Julia’s story starts in an orphanage 877 miles south of Moscow in Astrakhan, a city of 520,000 on the banks of the Volga River. Abandoned by their mother, Julia and sister Katya lived with grandparents until they were 4 and 2 years old.

“Our grandfather was a loving and hard-working man,” Julia said. “He was our biggest supporter. Our grandmother was blind and an alcoholic and was unable to care for us. Katya and I were very young when our grandfather killed himself. It was especially hard for me because I was the one who found him, and have not been able to get the image out of my head since.

“After my grandfather’s passing life got tougher,” Julia continues. “Food was scarce and at times there was none at all. I felt cheated out of my childhood because I was forced to mature and take on the mother role for my little sister. She was all I had.”

Julia and Katya were taken from their grandparent’s home to the cold, crowded orphanage in Astrakhan. Julie recalls that life at the orphanage was often unbearable. “We lacked education, food, and other essential necessities. But most of all we lacked love, comfort, and a family. Meal portions at the orphanage were small and I remember always being hungry—feelings I will never forget.”

By the time Julia and Katya were adopted in 2001, Kidsave already had an agreement with the regional office that this orphanage was approved to send children to the U.S. for Kidsave’s “Summer Miracles” program. The orphanage director would select children he wanted to spend 2 months in the US. He would then send a photo, social and medical background. When the kids arrived, Kidsave presented the children to prospective parents.

Julia’s future parents, Ana and Raul Ramos came late to the selection and were told that all children already had a designated family except for Julia and Katya. The Ramos’ agreed to host them for the summer: they had two weeks to decide if they wanted to pursue the adoption. Both girls were grey, gaunt and malnourished. Julia was 11-years-old and weighed only 46 pounds.

Ana and Raul fell in love with the two girls and the adoption papers were soon signed. Transition from the orphanage to the Ramos loving home and family felt very natural for Julia and Katya. “We fit right in,” Julia says. I remember the very first night. Katya did not hold back, calling Ana and Raul mama and papa.” Language barriers were easily overcome with hand gestures. Julia recalls that both girls were so starved, “we emptied the Ramos refrigerator once a week all summer.”

Summer camp was filled with swimming, games and learning. Kidsave assigned them a Russian translator who helped with early English learning. Elementary school followed with English as a second language (ELS) classes. “We picked up our English quickly,” Julia said. The adoption was such a success that a year later, the Ramos’ adopted Diana, a third Russian girl through Kidsave.

Fast forward to today. Julia is 25 and a graduate of Radford College, Radford, Virginia with a degree in special education. She has her own apartment in Reston Town Center and works full time as a nanny for a family in Great Falls. Katya, also graduated from Radford, is married, has one child and one on the way. Diana was the third Ramos to graduate from Radford and is living and working in Fairfax.

“Looking back, I never realized how much I longed for someone to comfort me when I was sad or sick,” Julia said, “and I never knew what it was like for someone to be there for me and encourage me to succeed. I am deeply grateful to the Kidsave program for literally saving my life and the life of my sisters. But my deepest, heartfelt gratitude goes out to Ana and Raul for their courage, love, generosity and warm sense of family. Without them, I most likely would have ended up like my biological mother and father, living without hope, love, education or a future.”