April 10, 2004 was going to be Bob Simon’s 90th Birthday and the Board of the Reston Museum and Historic Trust (RHT) wanted this milestone to be especially memorable.

In April 2003, they called RHT board director Charles Veatch, a member of Reston’s first residential sales team (1964), close friend of Reston’s founder and an active member of the Reston community.

A graduate of the University of Virginia’s McIntire School of Commerce, Veatch had been impressed by a special UVA tradition that dated back 178 years. To honor the University’s Founder Thomas Jefferson, the first graduating class of 1825 inaugurated Founder’s Day.

Instead of a more common birthday celebration, Veatch suggested that this event take on a more exceptional tradition: the creation of Reston’s very own Founder’s Day! 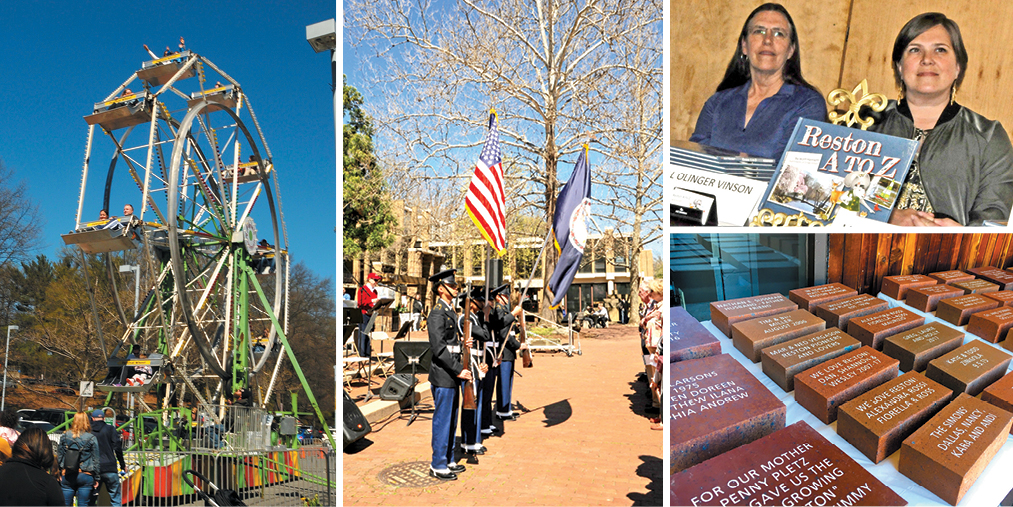 Furthermore, recalling the Jefferson statue on the grounds of The University in Charlottesville, Veatch proposed that the Historic Trust Board create a Bob Simon statue as a very special, fitting gift to the Reston community.

The Board liked this idea, so Veatch called the Zachary Oxman Studios in Bethesda, Maryland. Oxman grew up in Reston and was now on the world stage having had his work added to The White House art collection.

Oxman loved the concept and came out to Reston to brainstorm with Veatch. Eventually, the board agreed that a Jefferson-like statue was much too traditional. Instead, they wanted a statue to capture one of Simon’s best known characteristics—his love of engaging with members (especially the children) of the Reston community.

It was decided that Simon should be seated on a bench overlooking his beloved Lake Anne Village Center. The statue’s “attitude” should be one of inviting a visitor to sit down and have a chat with the founder. 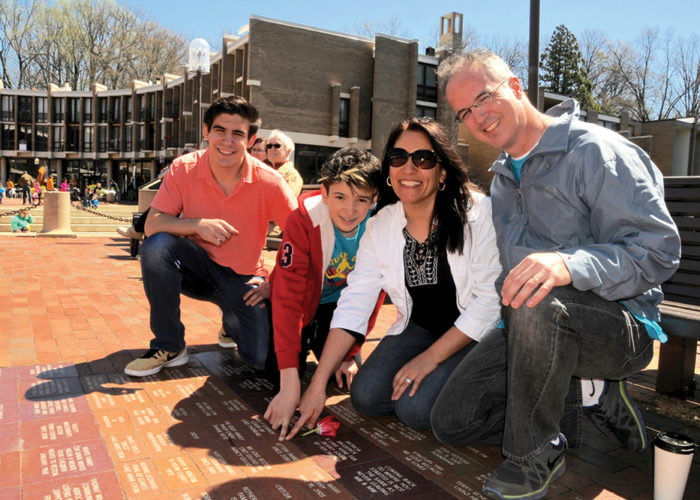 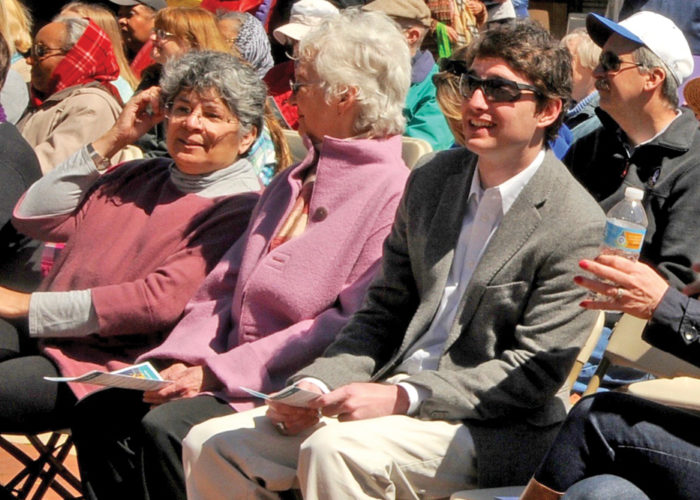 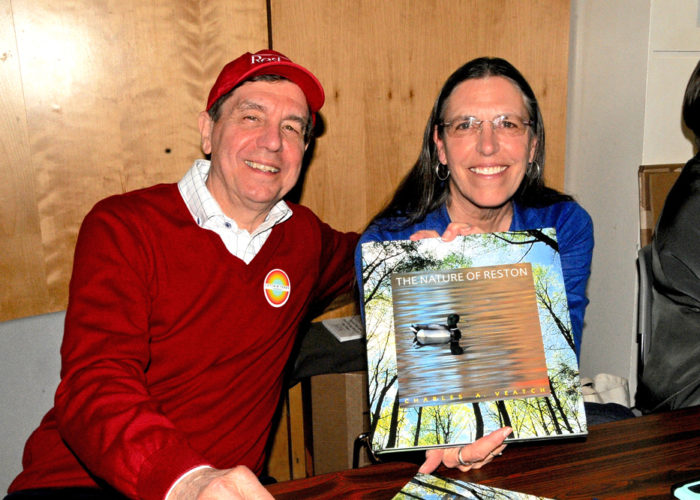 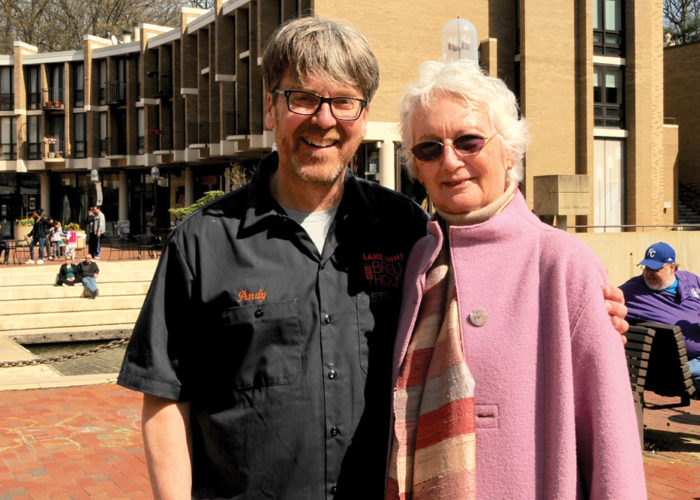 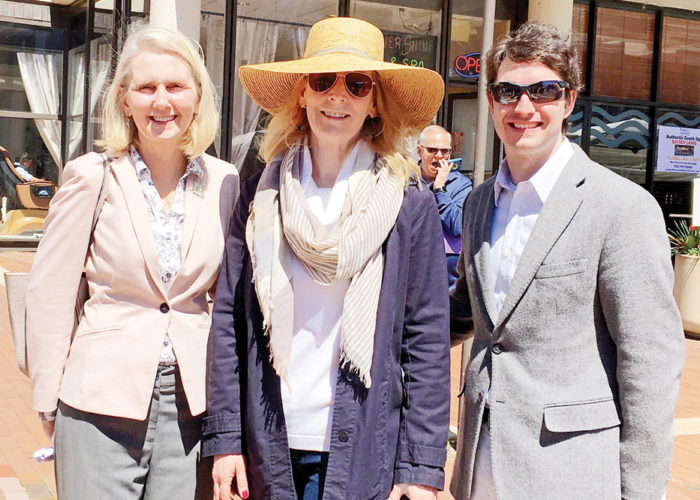 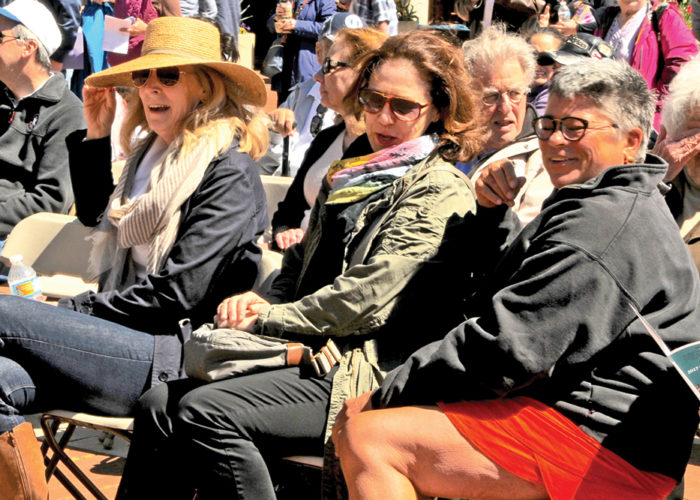 Bob would love this concept. But how to keep it a secret? The board went into “stealth mode!” Bob’s wife Cheryl had just purchased a new camera, and she lured Simon to strike a welcoming pose seated on the bench. She shot 30 images so that Oxman could develop a perfect clay model replica that would be bronzed at a foundry.

But keeping this quiet was a monumental (pun intended) undertaking. First, to pay Oxman’s fees, Veatch opened his extensive Rolodex and made calls to 40 Restonians to open their wallets and contribute $1,000 each. The response was immediate! Veatch dubbed these faithful Reston friends “The Founder’s Day 40.”

Next, the statue concept had to be approved by both the Lake Anne and Reston Association Architectural Review Boards. The now clandestine approval process was greatly aided by local architect Mike Miller. Everyone involved was sworn to secrecy and Bronze Bob (BB—nicknamed “Untold Stories”), at the apex of the new Founder’s Day, was unanimously approved.

However, there was a huge problem.

For BB to fit perfectly on the bench, feet touching the Plaza bricks, the real bench (bolted firmly onto the deck of Washington Plaza) had to be taken to Oxman’s studio without Simon suspecting that something was going on.

This bench had to be unbolted and secretly abducted!

And the men for this job were Oxman and Veatch. Oxman drove his van up to the bench and the two removed the bolts holding the bench. Just as they were finishing this task, the founder himself started walking toward them from Heron House on his way to a bank meeting.

Veatch and Oxman threw the bench into the van and dove onto the floor. They prayed that Simon wouldn’t stop and look in. Like two skilled jewel thieves, the two men lay perfectly still. Fortunately, a woman engaged Simon as he was walking up to the van and the crisis was prolonged as Simon chatted on and on with the visitor. Finally, he moved on to his meeting at the bank.

The bench made it to Oxman’s studio without being missed. The statue was successfully cast and bolted to the bench. “Untold Stories” was finally reinstalled on Lake Anne Plaza the night before the first Founder’s Day. Covered by a tarp, BB was watched over by a man hired to make sure no mischief occurred overnight. To Simon’s gratifying and total surprise Bronze Bob was finally unveiled at the first Founder’s Day celebration on April 10, 2004.

During the intervening 13 years, thousands of visitors, especially the children that Simon so loved, have come up to BB to share their colorful stories. Flowers and candles festooned BB when Simon passed at age 101. Hundreds of thousands of family photos and videos have been taken with BB over the course of the past 13 years.

“Founder’s Day and Reston’s birthday will be forever linked and celebrated each year,” said Lynn Lilienthal, past chairman of the Reston Historical Trust. The RHT, together with the Reston Community Center, Reston Association, and other community organizations are happy to sponsor the event. All who live here can learn about Reston’s history, listen to Bob Simon’s stories, and tell him a few of theirs.” 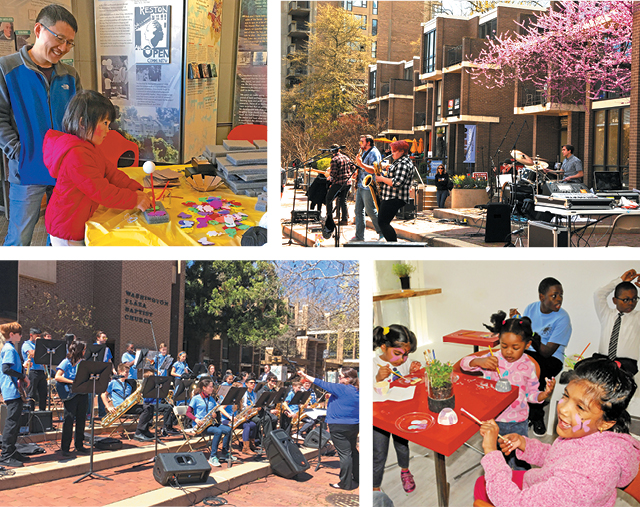