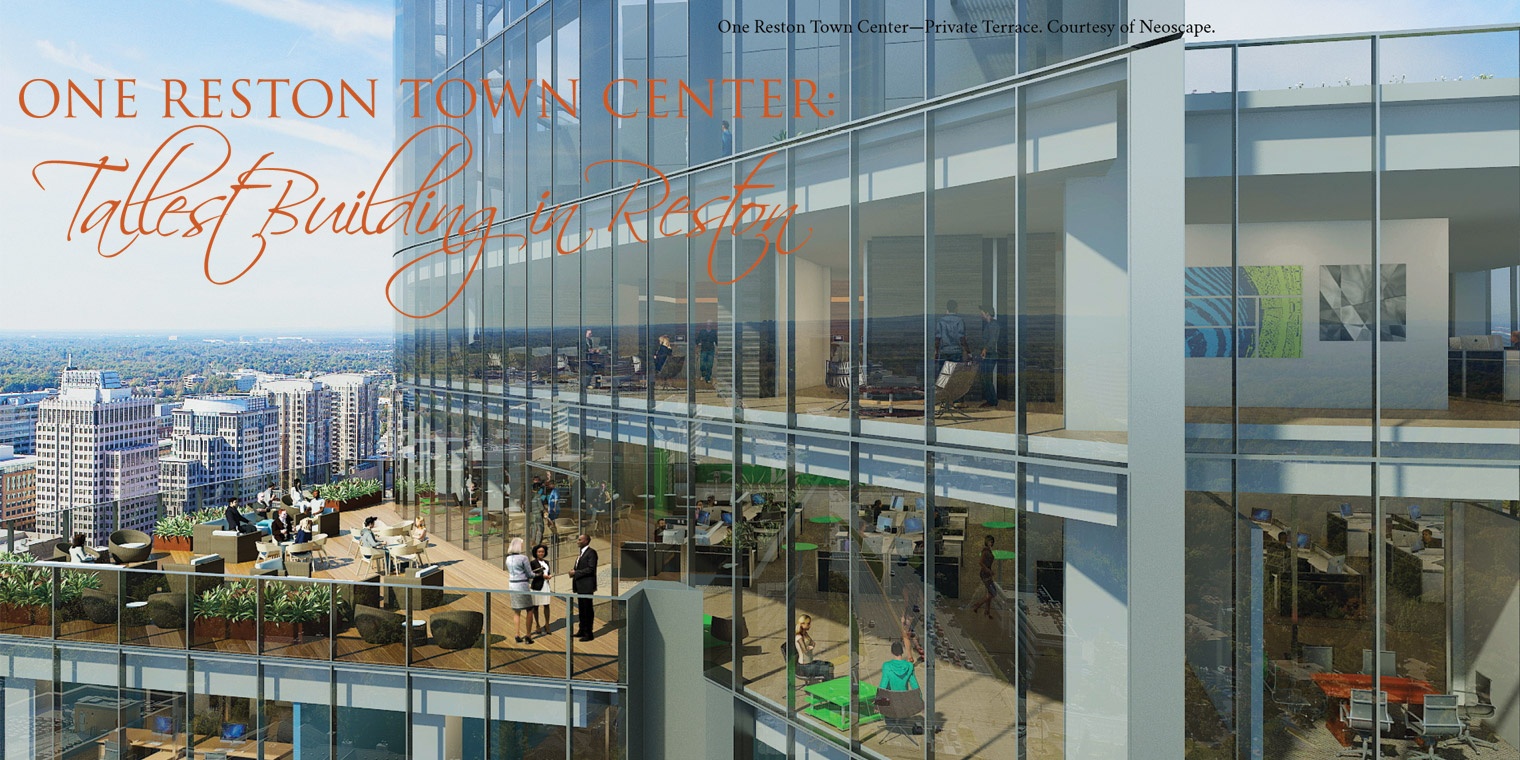 The new urbanism of Reston’s downtown is about to achieve an even higher altitude. 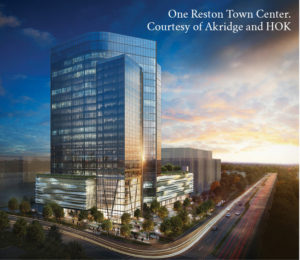 Given a stunning flourish by the world class architectural firm of HOK, One Reston Town Center (1RTC) will become the tallest building in Reston. At 330 feet, this 23-story, 420,000-square-foot, $210 million, trophy-class office tower will be approximately 125 feet taller than One Freedom Square, currently Reston’s tallest.

A joint venture of D.C.-based Akridge and RTC Partnership LLC, 1RTC will start construction when the developer finds a major tenant who needs to lease 150,000 to 200,000 square feet. The distinctive new tower will replace a 1970s five-story office building located in the northwest corner of the Reston Parkway intersection with Bowman Towne Drive. This project will, in effect, extend Reston’s downtown density another block to the northeast.

Originally designed by the Polleo Group, the tower was first approved by the Fairfax County Board of Supervisors in February 2012, when RTC Partnership was acting alone. Joining RTC in 2014, Akridge retained HOK to design several key changes. These included a dramatic six-story corner atrium lobby “intended to serve as a distinct corner landmark feature,” a six-level, 1,275-space structured parking garage clad in undulating metal panels to create a wave-like form, a sheer-glass curtain wall, and a 35-foot tall glass screen protecting the rooftop terrace from strong winds.

From the dramatic rooftop terrace, on a clear day, visitors and office residents will be able to see the Blue Ridge Mountains to the west, Tysons Corner and the D.C. skyline to the east, and Reston’s downtown urban core directly below. The terrace will include outdoor seating, a trellis structure on the west side of the rooftop to provide shade for outdoor seating, an enclosed event space serviced with restroom and pantry facilities, and a 2,500-square-foot vegetated green roof. Plans also include a seventh floor outdoor park with a potential bocce court.

“Akridge is pleased to bring to this dynamic community a striking office building in One Reston Town Center,” says Vice President David Toney. “We are confident that this Trophy-class, amenity-rich building and its prime location within a walkable, diverse urban neighborhood, will attract a wide sector of office users and positively add to Mr. Simon’s vision of Reston.” 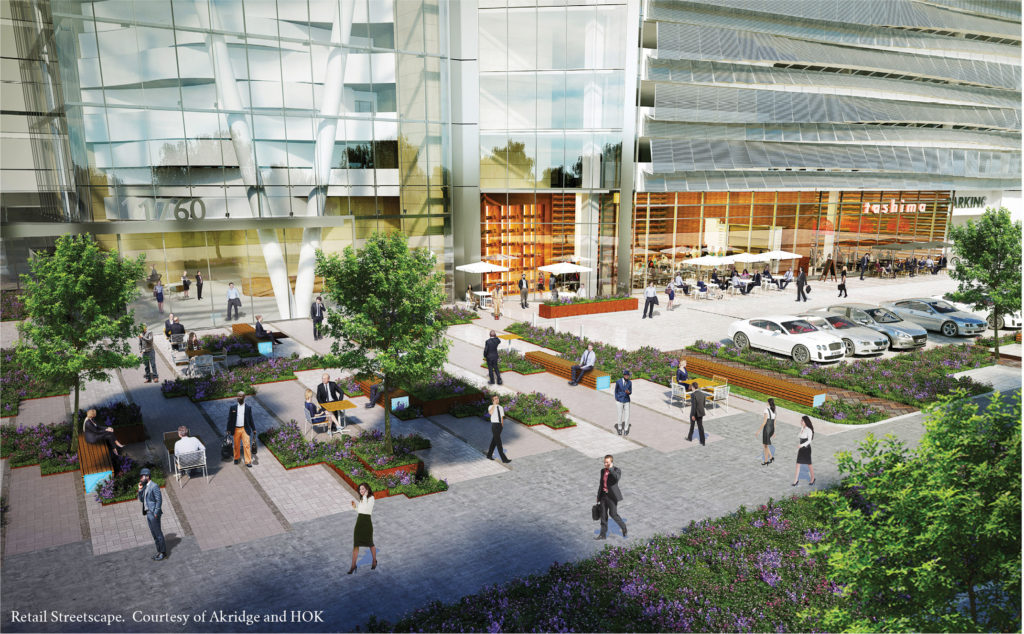 Reston Town Center is one of the most vibrant submarkets within the Washington, DC region. I am happy to see Bob Simon’s vision of a thriving live, work, and play environment realized every time I visit Town Center.