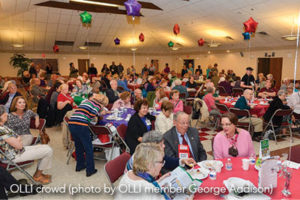 OLLI rolled out the red carpet for its VIP 25th Anniversary Celebration at the Country Club of Fairfax on October 14th. Policymakers, founding members, and Mason directors all paid homage to a quarter century of OLLI Mason excellence in inspiring the hearts, minds and souls of active and intellectually curious older adults.

Mason Provost David Wu hailed OLLI as a “gift” to the community, a key part of the university’s strategic plan to extend its learning mission into the neighborhoods of Northern Virginia. OLLI’s success over 25 years mirrors that of George Mason—in many ways, he said, “we grew up together.”

Provost Wu joined OLLI officials and university representatives in presenting the 25th OLLI Anniversary Gift to the Office of Military Services, $26,650.  OMS Director Jennifer Connors raved about OLLI’s generosity, revealing that she will use the money to set up an emergency scholarship for student veterans to afford basic necessities like rent while attending school. She surprised OLLI with the OMS “Spirit of Hope” trophy for enduring dedication. 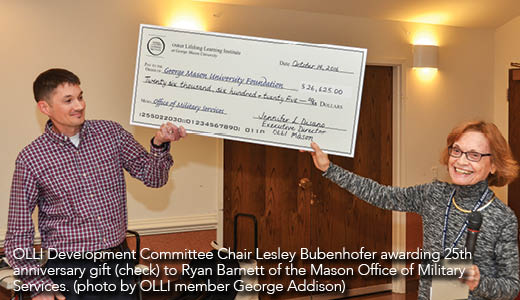 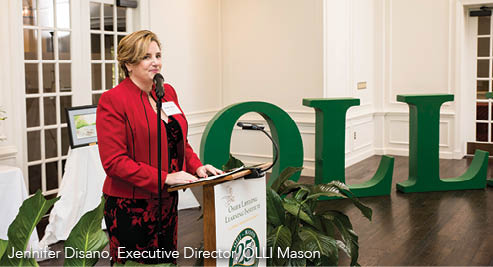 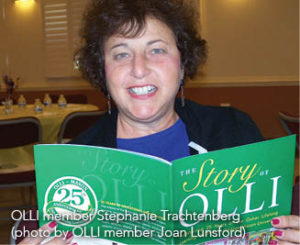 Showcased at the event were eight commemorations, ranging from resolutions from the VA General Assembly, Fairfax and Loudoun Counties, and the City of Fairfax, to statements of support from members of the U.S. Congress.  Government officials heaped praise on OLLI programming and the extraordinary dedication of the membership to lifelong learning and volunteerism. U.S. Congressman Gerry Connolly quipped that when he decides to “hang it up” he too will join OLLI.

The 25th Anniversary celebration continued with a membership party on November 4, featuring entertainment, prizes, surprises, and a special video on the history of OLLI.

More information about OLLI can be found at www.olli.gmu.edu 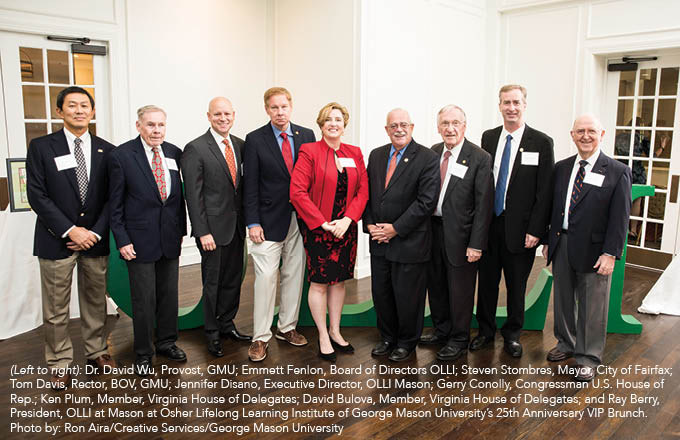