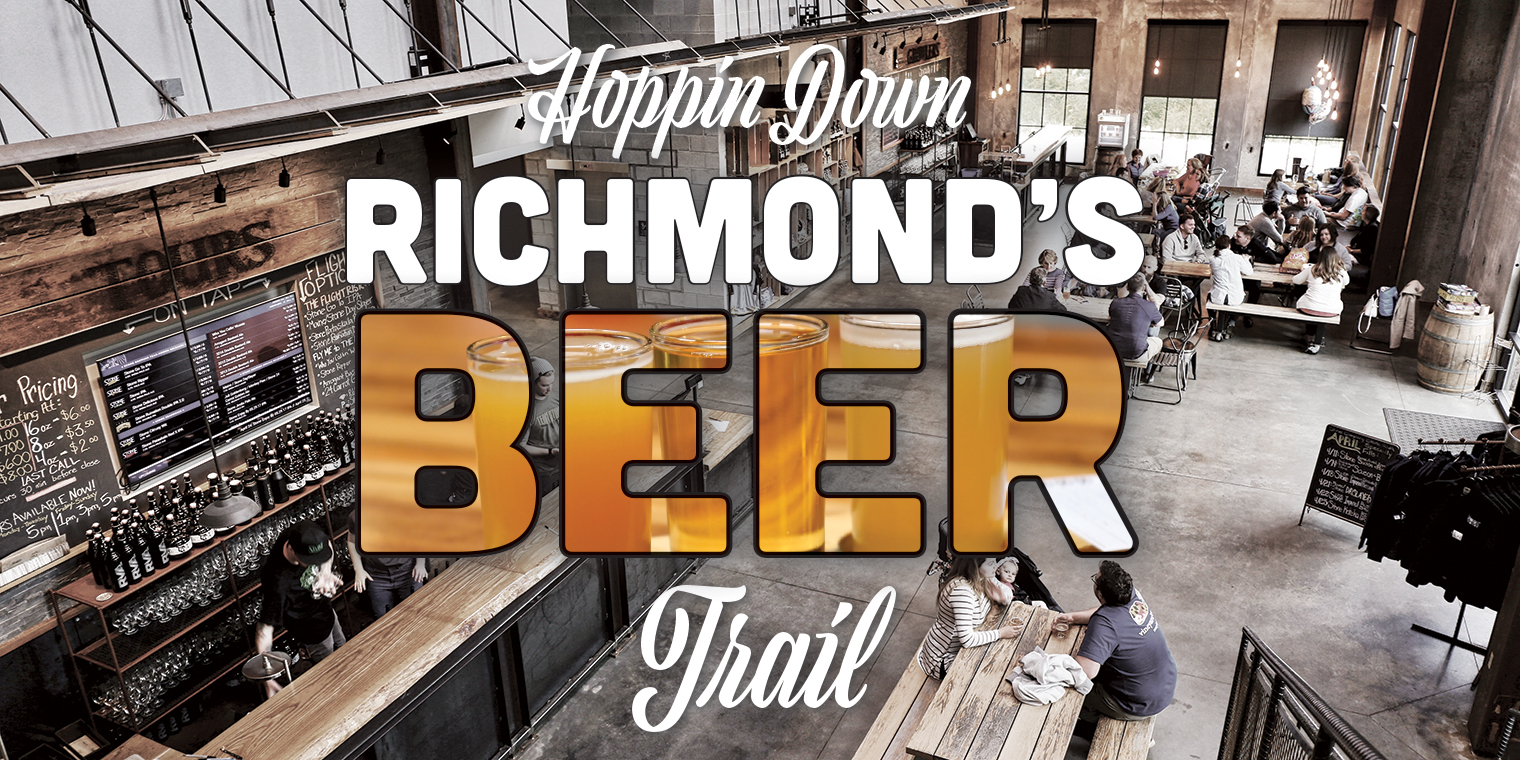 Richmond Virginia has become the unofficial craft beer capital of the MidAtlantic and the easiest way to explore the landscape is by following the Richmond Beer Trail. During the last decade, new breweries have popped up across the city bringing vitality to neighborhoods that suffered from neglect or functioned exclusively as industrial areas. Scott’s Addition is one such example. This industrial park is the scene of Richmond’s most notable renaissance, thanks to ten intriguing breweries and cideries making their homes here. Just a few blocks from Richmond’s museum district, Scott’s Addition is ground zero for beer enthusiasts, and on weekends, you’ll see a roving band of revelers move from brewery to brewery to sample locally made beer in Richmond’s eclectic tasting rooms and beer gardens. 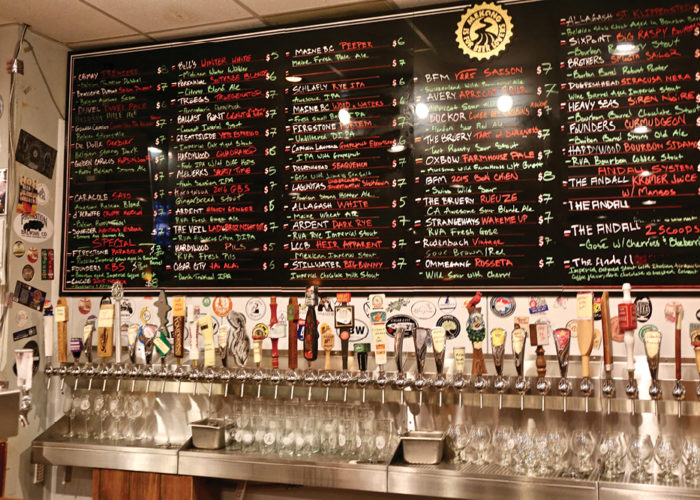 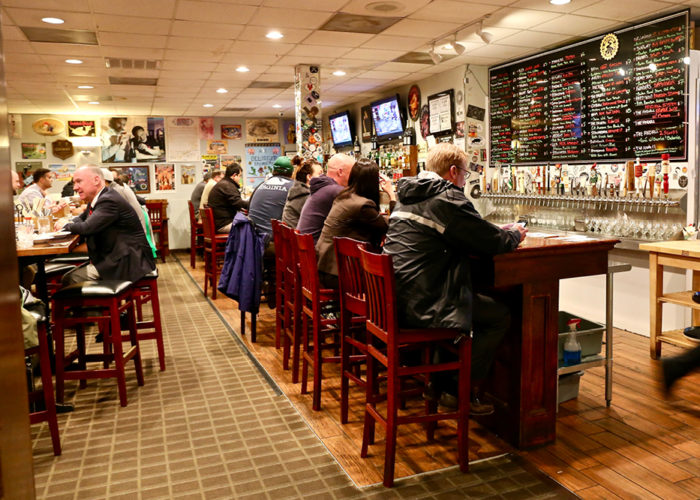 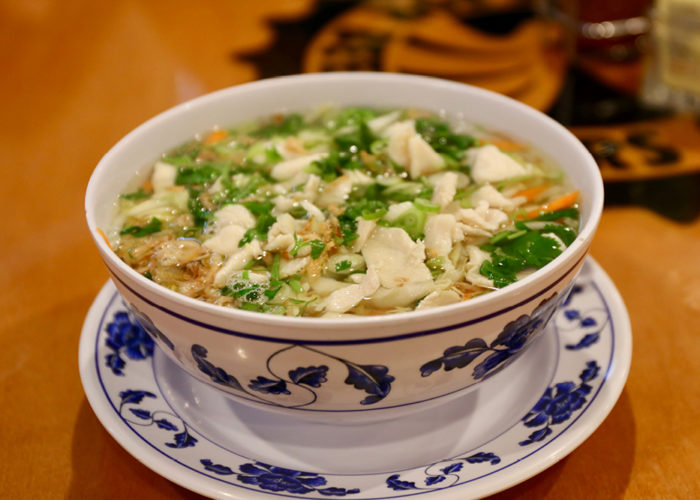 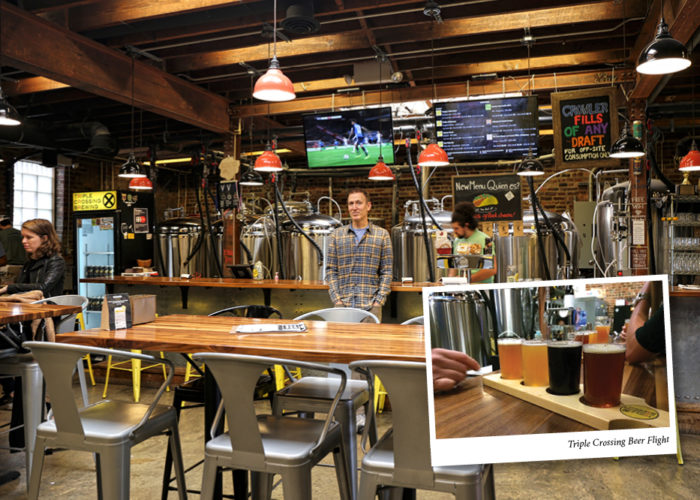 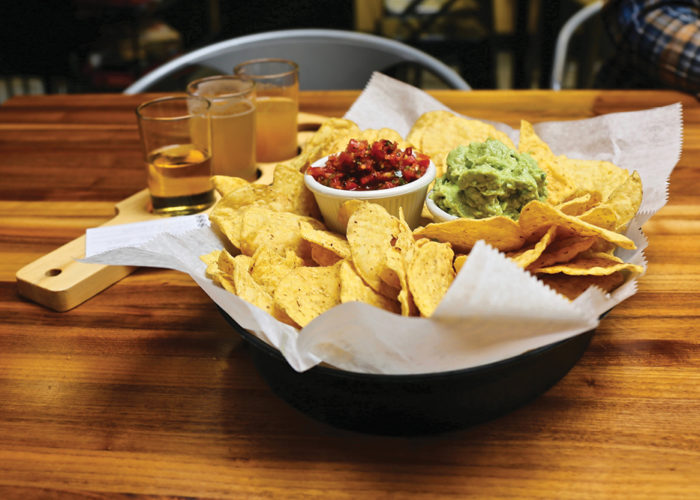 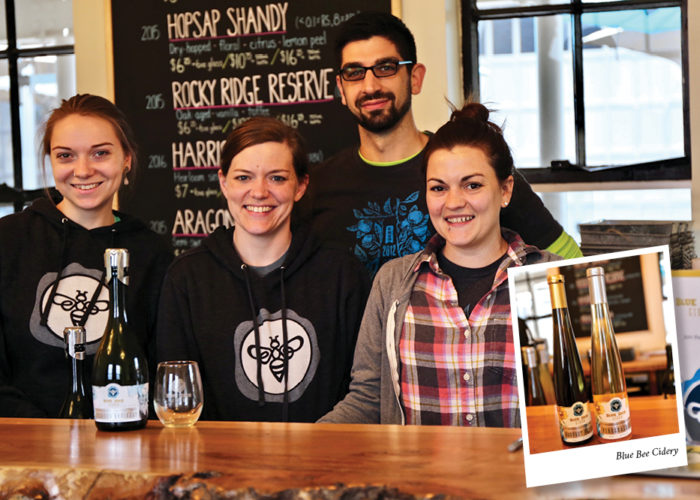 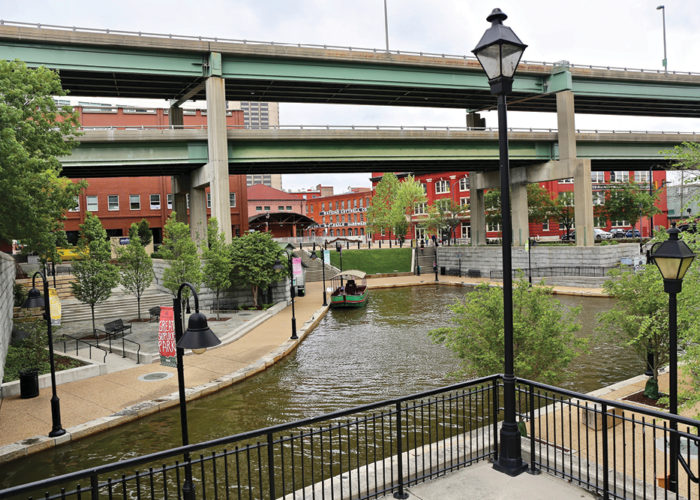 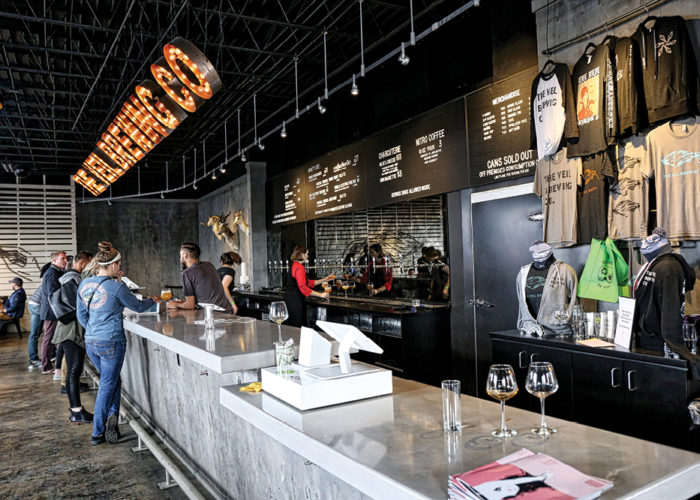 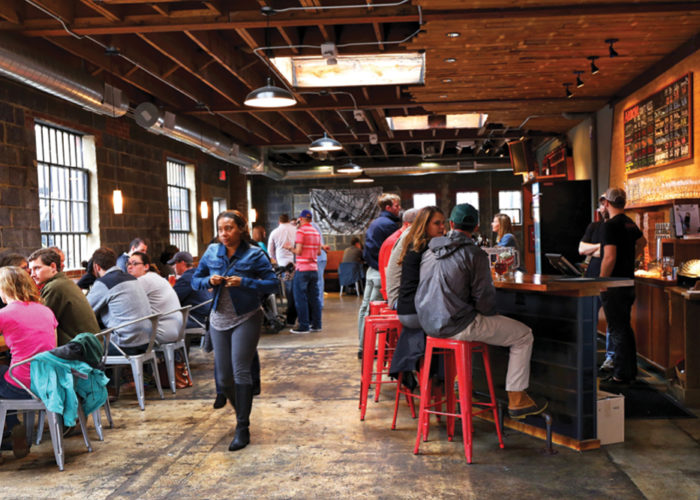 The Veil Brewing Company is probably the craft brewery with the most buzz. To sample one of their beers requires a visit to the Tasting Room, because they don’t sell retail versions of their hop-forward beer. They’re known for barrel aging, wild ales, and spontaneous fermentation, and their fizzy golden beers are served in elegant goblets. There’s almost always a line here, so try to make this your first or last stop.

One of the most welcoming breweries in Richmond is Triple Crossing Brewing with two locations. From a little Tasting Room near the Governor’s Mansion to a full-fledged pizza and beer pub in the Fulton neighborhood, Triple Crossing makes exceptionally good IPAs, as well as traditional English ales and stouts. Richmond’s famous baker of Billy Bread is also the food purveyor at Triple Crossing. At the Fulton location, don’t miss Billy’s multi-grain sourdough brick-oven pizza. Triple Crossing’s first location in downtown Richmond is steps from Richmond’s art district where Billy’s menu features tacos and appetizers.

Ardent Craft Ales has a party-like atmosphere where beer enthusiasts relax on their patio or inside the taproom. Their seasonable or saison-style brewing has complex flavors including their tasty Honey Ginger beer, a deep gold-colored brew made with local honey. Ardent rotates a selection of IPA’s ranging from piney to flowery to grassy. Some local farmers sell produce here, and food trucks usually park nearby. Ardent takes the lead in brewing gluten-free beers in micro batches and receives rave reviews. The brewery does not offer tours, but you can see operations through the big glass windows.

Although not a brewery, Blue Bee Cidery is Virginia’s first urban cidery. Blue Bee showcases their complex, fine ciders made from heirloom apples on their patio and inside the taproom. Courtney Mailey, founder of Blue Bee, recently partnered with Catoctin Creek Distillery of Purcellville to make brandy-infused cider called Harvest Ration, which won the 2017 Good Food Award. Blue Bee offers tours and guided tastings of their artisanal ciders in a historic stable built in the 1940’s.

Richmond’s unlikely father of the craft beer movement is Vietnamese immigrant An Bui who opened his beer-centric restaurant Mekong in 1995. Craftbeer.com named Mekong the number one “Great American Beer Bar” for two years in a row thanks to the restaurant’s expansive selection of 56 rare international and local beers on tap. Bui took a giant step further when he unveiled The Answer Brewpub, his own craft brewery that connects to the popular restaurant. The brewpub is a favorite place to hear live music and meet like-minded beer fanatics, along with eating exceptionally fresh Vietnamese cuisine.

Richmond’s biggest coo was landing Stone Brewery’s East Coast headquarters. Stone’s tours are the best deal in town, because for $3 you get a tour and a taste of three of their signature beers on tap. The huge, modern yet rustic brewery is opening a waterfront beer garden in 2018 featuring farm to table cuisine infused with beer. This is a family and pet friendly gathering place for Richmond residents and promises to attract lots of beer tourists.

Erin Bagnell of Visit Richmond explained how Richmond was selected by Stone Brewery: “Virginia Governor Terry McAuliffe has been enthusiastic about all things tourism, He rolled out the red carpet for them and installed a kegerator of Stone Beer in the Governor’s Mansion. He got in front of a crowd and invited anyone to knock on the door and have a beer with him—which somebody did. The Governor sees what’s happening with craft beer, and he’s passed legislation that lets craft breweries go from just tasting rooms to hangout destinations.”

There are breweries outside of downtown Richmond worth noting, like Steam Bell Beer Works in Midlothian. Owner Brad Cooper recruited his whole family to work together elevating recipes from America’s beers of the past to manufacture their signature craft brews. Cooper is expanding his brewing capability by launching a second location in Richmond’s Fan District: Canon & Draw Brewing Company. “Customers should expect a different portfolio of beers than Steam Bell,” says Cooper. “We are excited to continue to innovate and experiment with flavors and offerings as we grow our brand in the heart of Richmond.”

Clearly, beer fans, it’s time to make that pilgrimage to Richmond where you will undoubtedly find a tantalizing array of beer tasting experiences. For the ultimate accommodations, reserve one of The Jefferson Hotel’s incomparable suites. You’ll be in the heart of Richmond and enjoy Southern hospitality at its best.