Presiding over the March ground-breaking ceremonies at the site of the United Christian Parish Church on Colts Neck Road, David A. Ross, Atlantic Realty Company’s (ARC) founder and president, realized the fruition of a decades-old dream.

No stranger to planned communities, Ross in the 1980s had earned his developer stripes with rival new town Columbia, Maryland developer James W. Rouse. From Rouse, Ross understood the value of delivering a wide range of housing types and amenities that make planned communities exceptional.

When he established ARC in 1992, Ross knew that to make his commercial real estate development firm successful, he needed to be involved with the communities he was helping develop. Over the years, he served as President/Chairman of the Greater Reston Chamber of Commerce and the National Capital Region of the Easter Seals Society, Chairman of the Steering Committee for Reston Interfaith, and was selected as Reston’s Citizen of the Year by the Times Community Newspapers, to name a few.

“That it be possible for anyone to remain in a single neighborhood throughout his life…by providing the fullest possible range of housing styles and prices…at a variety of income levels, and at different stages of family life…this results in the heterogeneity that spells a lively and varied community.”

When ARC purchased the United Christian Parish site in 2007, Ross wanted to bring to Reston a unique, state-of-the-art senior living community. He carefully chose partners who understood the growing needs of seniors in a rapidly expanding, maturing healthcare-provider industry. He looked for a team of professionals who value a deep sense of satisfaction gained from the knowledge that their work will play an important role in enriching the experiences of those who live, work, learn, and play in the buildings they design and build.

For his Hunters Woods at Trails Edge team, Ross called on some old friends who had helped him design and build the highly successful Plaza America office and retail complex in north Reston. For his architect, he called on the Fairfax office of Moseley Architects, a full service architectural, engineering, planning, and interior design firm. In 2012, Moseley merged with senior living specialists BeeryRio, one of the nation’s leading architectural firms in the field.

“Hunters Woods at Trails Edge will provide a choice for those growing older in our community and who wish to remain here. We, 50-plus years old in Reston, know that for those of us who want to stay here, you have to provide a place for us…This is a really great facility in that it meets those needs and it really serves the community.”

For the heart of this Hunters Woods operation, Ross searched for the region’s most exceptional operator. He found his answer in IntegraCare, manager of 14 successful senior living communities in Pennsylvania, Maryland, and Virginia.

“We are proud to bring this leading-edge amenity to the community, the first of its kind in Reston,” Ross said. “Between now and January 2019, we will transform this 4.3-acre United Christian Parish site into the finest state-of-the-art facility in the mid-Atlantic.”

An aspect of this project that Ross is particularly excited about is the proximity to a host of stimulating recreational opportunities for the active residents—like the 50 programs targeted to seniors and venues offered by the Reston Community Center located across Colts Neck Road. In addition, the property is connected by an underpass to the Hunters Woods Village Center with its diversity of shopping, grocery, drug stores, and eateries.

“The addition of this senior-living community to Reston is a promotion of founder Bob Simon’s vision of providing for people throughout their entire lives. This project supports this by providing the fullest range of housing, styles and prices.” 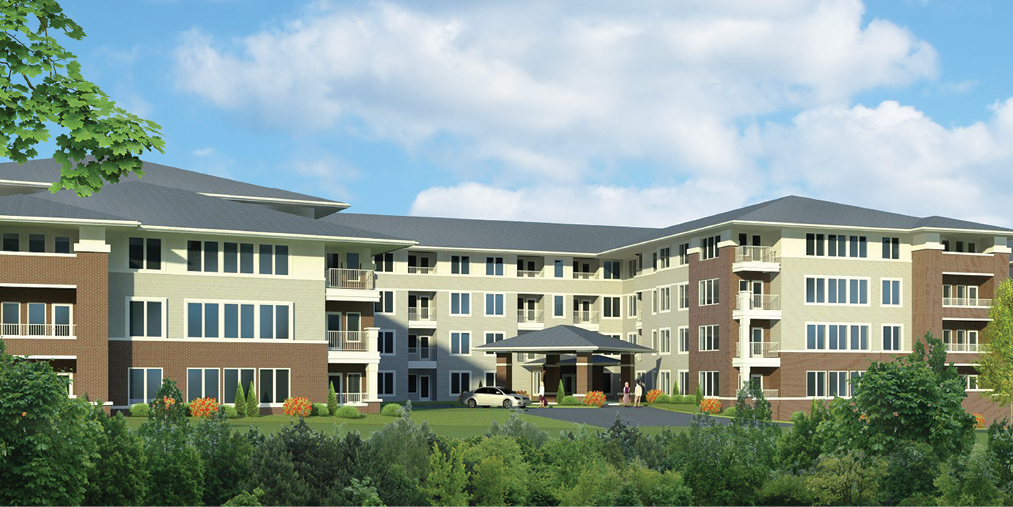 As part of its partnership with the community, Ross has offered to contribute $81,300 to improve pedestrian trails and pathway lighting within a half-mile of the facility; as well as $60,000 to target improvement of the facade of the Colts Neck pedestrian underpass, in coordination with Public Art Reston and Reston Association. Lastly, $20,000 is being provided for capital improvements to the Reston Association’s Nature House.

“This is really a once-in-a-career opportunity, to be involved in a project that has the nature of this program,” said Rick Irwin, IntegraCare’s CEO. “We are grateful for all the possibilities offered by the Reston and Southgate Community Centers next door, where our residents can feel our support and care, maximize their independence, and have such good access within the fabric of the Reston Community.”