Cornerstones of Our Community: Best of Reston Awards Finalists

On February 9th, Leidos hosted a Sneak-Peek Reception where 22 finalists were announced as candidates for the Cornerstones of Our Community–2017 Best of Reston Awards. In a break with tradition, honorees from the group of finalists will be revealed at the 26th Annual Awards Gala recognizing the many fine people, businesses, and organizations involved in giving back in the Greater Reston/Dulles corridor.

The Cornerstones of Our Community–Best of Reston Awards Annual Gala is a unique partnership between the Greater Reston Chamber of Commerce and Cornerstones. Proceeds from the celebration benefit the programs and people served by Cornerstones. Through advocacy and support services, Cornerstones has reached out to 250,000 neighbors in need, helping them overcome tough economic times in an already high cost-of-living region, and providing a comprehensive array of programs that solve urgent or on-going requirements for housing, childcare, food, or financial assistance. 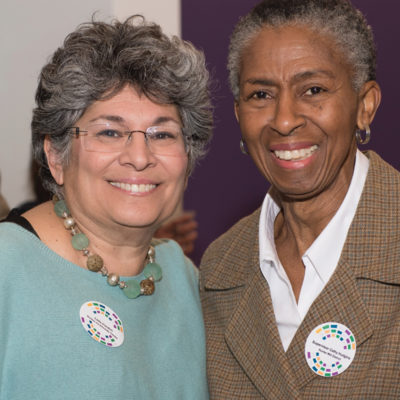 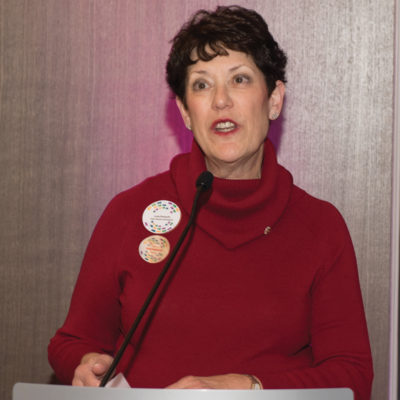 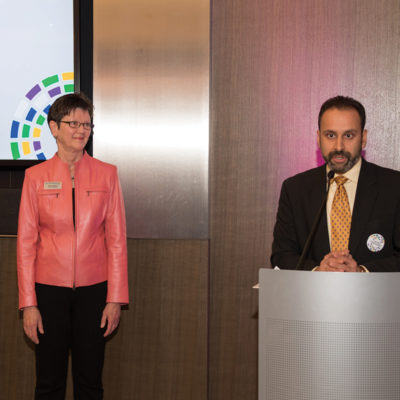 “At a time of uncertainty and change in our nation, the Best of Reston Community Service Awards serve as a powerful reminder that there is so much that unites us. This new approach to the awards was recommended as a way to lift up those who are bringing our community together, and affirms principles of service that are core to the work of Cornerstones and the Greater Reston Chamber of Commerce,” said Kerrie Wilson, Cornerstones’ CEO.

“We believe that service is a cornerstone of any thriving community, and this event—The Cornerstones of Our Community–2017 Best of Reston Awards—says it all. Through their volunteerism and philanthropy, the past Best of Reston honorees and the candidates for the 2017 awards work throughout the greater Reston and Dulles corridor region to make it a stronger community,” said Mark Ingrao, President and CEO of the Greater Reston Chamber of Commerce. Since 1982, the Greater Reston Chamber of Commerce has been the catalyst for business growth and entrepreneurship by providing quality programs, education, connections, and advocacy for its 650 members and organizations in Western Fairfax and the Dulles Corridor.

One or two 2017 Best of Reston honorees could be selected in each of the following categories and will be announced at the April 6th gala:

The finalists in this category have given selflessly of their time for the causes about which they are passionate, and in so doing make our community stronger. Their volunteer service has spanned decades of service in encouraging children and youth, nurturing them and giving them the confidence and opportunity to grow and pursue their dreams. These candidates have tackled tough challenges such as childhood obesity, hunger and homelessness, and are mentoring adults who want to build their skills and find meaningful work to support their families and community. Their service has enriched our community through the arts and in creating and sustaining our natural spaces, and lending their talents to plan for Reston’s future. Through their active civic and community participation they have extended a welcoming hand to immigrants in the spirit of inclusiveness on which this community was founded.

The finalists in this category engage our community by turning beliefs into action, promoting the common good and creating impact in ways that many may not realize. These finalists have touched the lives of individuals and families, empowered children and youth, enriched and beautified our community through celebration of the arts, the joy of giving, and engaging the next generation of leaders. 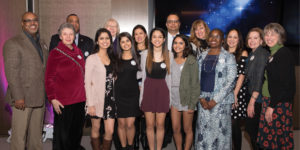 The achievements of the business finalists include strengthening advocacy for health and human services, education, veterans and their families, schools, children and future leaders. By partnering with our schools they bring resources to enrich children’s academic experience and open their eyes to new possibilities for the future. The struggles of working families in our community are personal to them, and they have championed causes that address hunger, ensure safety, and create avenues of support for those with differing abilities. Their contributions are building a strong, sustainable community for all. 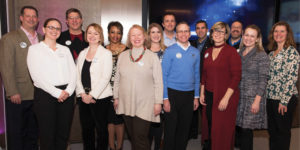 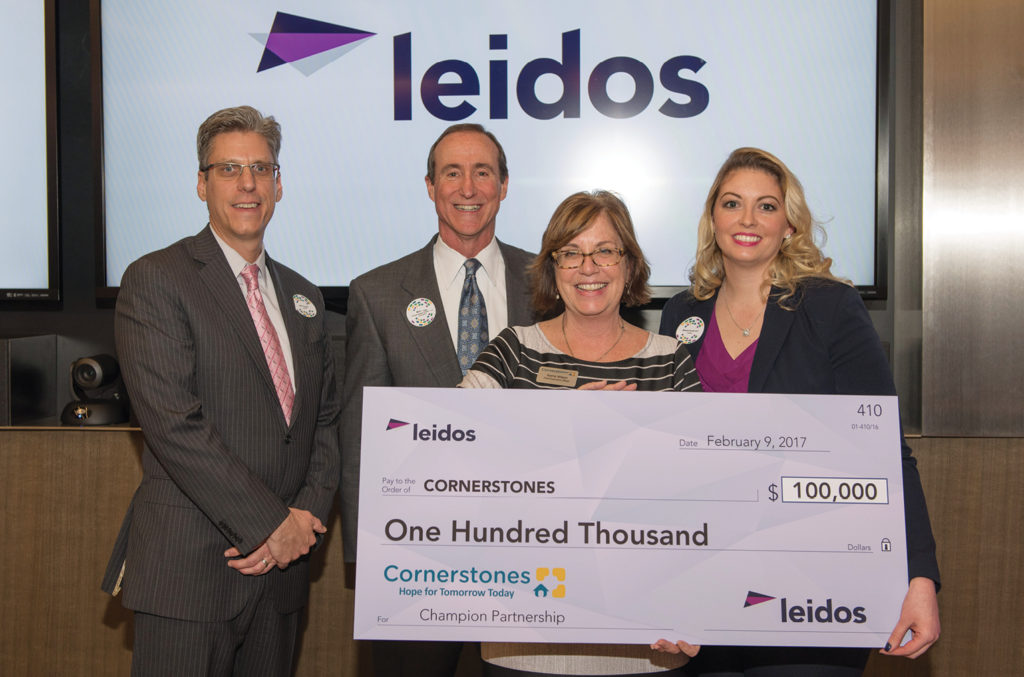 At the Sneak-Peek Reception, Leidos announced that it is expanding its commitment to Cornerstones, Reston, and the greater Dulles Corridor by partnering with Cornerstones as the first Annual Champion Partner. Melissa Koskovich, Senior Vice President, and Director of Marketing and Communications for Leidos presented Cornerstones with a check of $100,000.

“It is our hope that this support will be a beacon and spread the light of the good work Cornerstones does on behalf of Reston and beyond. Partnering with Cornerstones, who empowers people in our community to become self-sufficient, allows us to have a lasting impact in Reston and the greater Dulles Corridor,” said Koskovich. 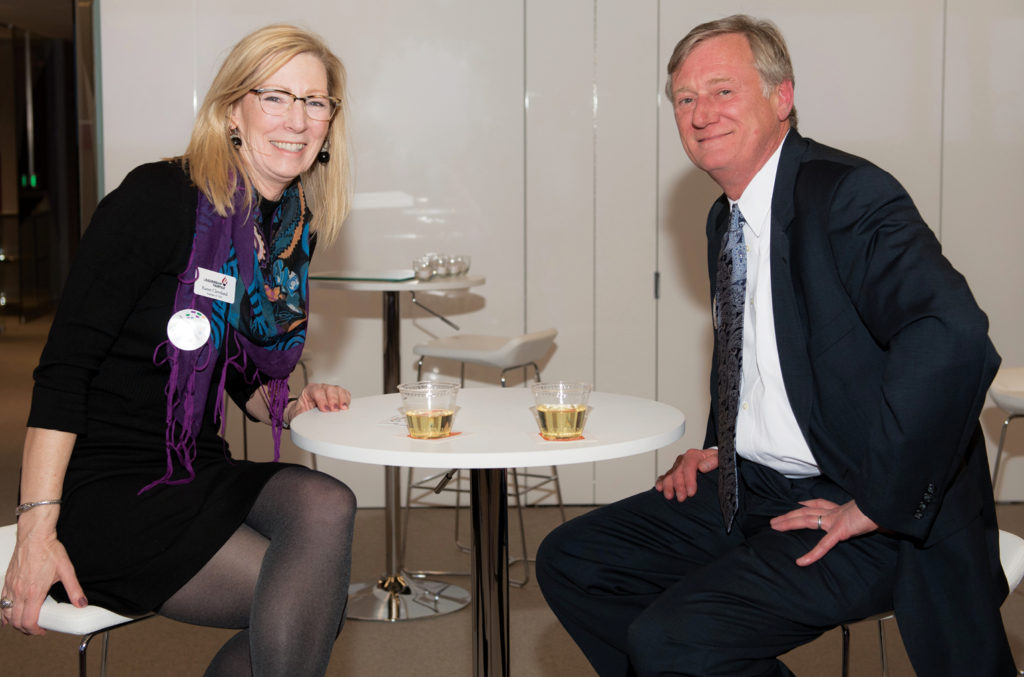 To learn more about the Greater Reston Chamber of Commerce please visit www.RestonChamber.org or call 703.707.9045